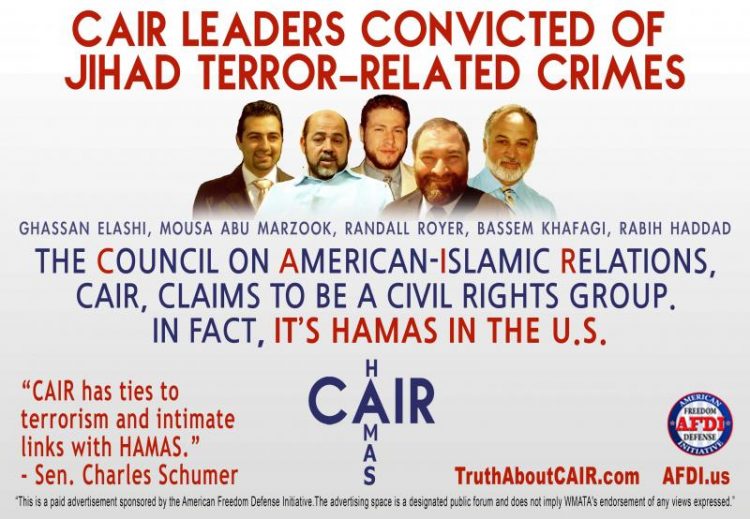 We’re talking about CAIR of course.

How wide has the scope of CAIR’s influence grown among Democrats? As Adam Kredo notes, quite wide indeed.

The Council on American Islamic Relations (CAIR), an advocacy group with deep ties to the anti-Israel movement in America, touted its support among congressional leaders during its 2019 gala conference in November in Washington, D.C. Prominent opponents of the pro-Israel community, including anti-Israel activist Linda Sarsour and Rep. Ilhan Omar (D., Minn.), headlined the conference.

The Dems include the usual hard lefties, but there’s also Senator Doug Jones, whom, you would think, would avoid this mess.

Tom Steyer decided to wade in.

As did Governor Northam, who’s gone too long between scandals.

Unsurprising considering the situation in Arizona.

Assistant Attorney General Ronald Weich sent the letter last month to four members of Congress who asked for details last fall on how CAIR was named an unindicted co-conspirator in the terror-finance trial against the Holy Land Foundation and its former officials.

Hamas is an offshoot of the Muslim Brotherhood, and trial exhibits show the Brotherhood created the Palestine Committee. CAIR officials adamantly deny any involvement with either Hamas or the Muslim Brotherhood. The Weich letter, however, shows that the Department of Justice has not wavered in its conclusion that the internal records it possesses prove a connection.

This is what 120+ Democrats support.