We just got even more confirmation that we are on the verge of one of the darkest chapters in American history.  The glimpses into our future that Pastor Dana Coverstone was just shown are extremely sobering, and I would very much encourage everyone to share his latest video with as many people as possible.  One of the things that I appreciate so much about Pastor Dana is that he is not trying to make a big name for himself.  He is just a humble pastor from a little town in Kentucky that has had some absolutely amazing experiences with God, and he probably never imagined that something like this would ever happen to him.  Sometimes God uses the people that we would least expect, and I believe that He does this because He is trying to make a point.  There are so many big names out there that are exalting themselves, but God wants us to understand that we should be focusing on building His Kingdom instead of working so hard to build our own.

Over the last several months I have watched Pastor Dana carefully, and two things have really stood out.

Number one, he still believes that the Bible is the Word of God.

Number two, he still preaches the message of the cross.

Once upon a time, both of those things would have been true of most evangelical Christian pastors in America, but today men like Pastor Dana are a dying breed.

I am very thankful that Pastor Coverstone’s church has been getting so much attention because of everything that has happened, because we need a lot more churches like that all across America.

Just a few days ago, Pastor Coverstone posted a new video in which he shared what he was shown during a “series of glimpses” that occurred between August 28th and September 4th.  One of the things that he witnessed was a finger underlining the month of December, and then the page on the calendar flipped and the finger underlined the month of January.

It would be easy to assume that the time frame for what he saw must be December 2020 through January 2021, but you know what they say about assumptions.

Personally, I believe that everything that Pastor Coverstone has been shown in all of his experiences will come to pass, but I have also seen a lot of people come up with some really wild interpretations of what he was shown.

In the end, our interpretations can easily be wrong, and that is absolutely critical to understand.

With all of that being said, let’s get into his new video.  You can find it right here, and I would share it with everyone that you can.

A partial transcript of what he shared during the video can be found here, and one of the things that really struck me was the fact that he saw global economic activity come to a virtual standstill…

Then I saw long food lines and people waiting for what seemed like hours, and they were standing in line and not in cars. I saw ships in ports on both coasts sitting idle and nothing at sea moving. There were headlines saying that the Baltic Dry Index [Global shipping of raw materials] was dead and that nothing was moving in trade around the world.

As I detail on The Economic Collapse Blog, global trade has already fallen to the lowest level on record, but it sounds like things are going to get a whole lot worse.

So what event or events will cause this to happen?

I would think that it would have to be something more than just chaos surrounding our upcoming election.  To me, it sounds like something must happen that greatly affects the entire planet.

But Pastor Coverstone also saw something that would specifically happen to our nation.  He was shown two headlines that said “Nationwide Outages Plague Southwest and Americans Don’t Know Who To Blame For Darkness”…

I continued to see shuttered properties [closed for business] and people in homes wearing coats while looking out closed curtains. Headlines said Nationwide Outages Plague Southwest and Americans Don’t Know Who To Blame For Darkness. Darkness in areas of the nation stretched into Canada and I saw America as lights flickering, like the bulb was about to go but still had a little light left.

As I have discussed previously, we have already seen rolling blackouts in the state of California for the very first time since 2001.

But this sounds much bigger than that.

And why would the outages just be limited to the Southwest?

That is a very good question, and right now I don’t have the answer.

Another thing that Pastor Coverstone witnessed involved the city of St. Louis…

I also saw the city of St. Louis and men under the Arch with suitcases who were getting into black SUVs and headed east and west from the Mississippi River. The suitcases appeared to be like the nuclear suitcases from the Reagan administration complete with the handcuffs to secure the case to the individual. They were dressed as businessmen and had copies of the Wall Street Journal under their arms and heavily tinted sunglasses. Each had a watch alarm that went off at precisely the same second and that is when they picked up the suitcases and got into the vehicles to be driven to their destinations.

I certainly don’t know what all of that means, but it definitely sounds ominous.

At the end of all of the usual experiences that Pastor Coverstone has been having, he has been told to “brace yourself”, and this latest one was no exception…

If you are reading this and you are wondering why we should listen to Pastor Coverstone, the answer is actually quite simple.

Back in December I woke up, I had a dream. In that dream I saw a calendar. Starting January 2020.

It was being flipped.  I saw January,  I saw February,  I saw March.  When March came up the hand held it and I saw the thing of finger underline the month of March, and the tap it three times.

So underline the month of March, tapped it three times.

So to me it was emphasis, something’s going to happen in March.

Then I saw April, May, June. When June came, the hand underlined June again and tapped it three times.

Then, in the vision I saw people marching, I saw protests. I saw people wearing masks, I saw lines going into hospitals. I saw typical medical doctors with needles or syringes, I saw people on ventilators I saw people who were very, very sick, very, very ill. I saw newspaper headlines trumpeting thousands of people getting sick. I saw ambulances, just flying down roads, and then I saw cities on fire.

I told several men in my church about this and I can confirm who those men were and they’ll confirm what I’m telling you is what I told them.

The virus that has thrown our country into chaos started spreading rapidly in the U.S. in March, and tremendous civil unrest erupted all over the U.S. in June after George Floyd’s tragic death at the end of May.

But even though Pastor Coverstone saw all these things in advance, there are Christian leaders that have put together very long videos explaining why we shouldn’t believe anything else he has seen.

I have seen some of those videos and they don’t make any sense at all.  In fact, it is clear that the real reason why they are putting out those videos is because Pastor Coverstone’s warnings directly contradict the “feel good” messages that they have been delivering to their followers.

I very much appreciate that Pastor Coverstone has chosen to sound the alarm by sharing what he has been shown, and as I detail in my new book there are countless others that have also been sounding the alarm about what God has been showing them regarding our future.

Unfortunately, there are so many people out there that do not want to listen no matter how clear the warnings are.

As a whole, our society is running away from God as fast as it possibly can, and in the end we shall reap what we have sown.

About the Author: My name is Michael Snyder and my brand new book entitled “Lost Prophecies Of The Future Of America” is now available on Amazon.com.  By purchasing the book you help to support the work that my wife and I are doing, and by giving it to others you help to multiply the impact that we are having on people all over the globe.  I have published thousands of articles on The Economic Collapse Blog, End Of The American Dream and The Most Important News, and the articles that I publish on those sites are republished on dozens of other prominent websites all over the globe.  I always freely and happily allow others to republish my articles on their own websites, but I also ask that they include this “About the Author” section with each article.  In addition to my new book, I have written four others that are available on Amazon.com including The Beginning Of The End, Get Prepared Now, and Living A Life That Really Matters. (#CommissionsEarned)  The material contained in this article is for general information purposes only, and readers should consult licensed professionals before making any legal, business, financial or health decisions.  I encourage you to follow me on social media on Facebook and Twitter, and any way that you can share these articles with others is a great help.  During these very challenging times, people will need hope more than ever before, and it is our goal to share the gospel of Jesus Christ with as many people as we possibly can. 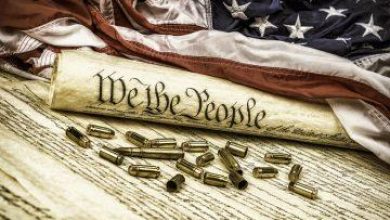 Vets Respond To Biden’s Threats Against Them: I Got A Bullet For Ya! (Video) 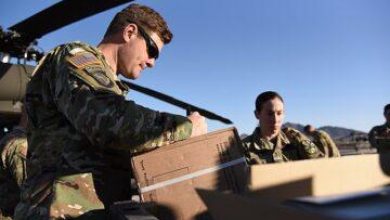 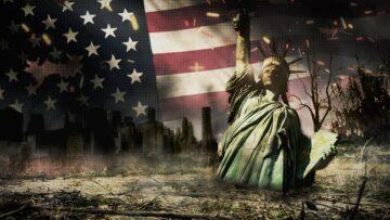 The Empire Of Lies Breaks Down: Ugly Truths The Deep State Wants To Keep Hidden 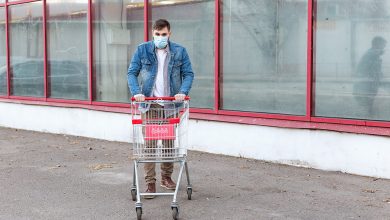 ECONOMIC TERRORISM: U.S. Treasury says store shelves will remain empty until everyone gets vaccinated for covid

October 20, 2021
Right Report
The ‘SQUAD’ Spent Over $100K On Private Security While Demanding To DEFUND THE POLICE- And THIS Happened!
AFF

The Conflicts Of Interest Between The Unconstitutional FDA & Big Pharma (Video)
October 21st, 2021 Sons of Liberty Media
Powered by WordPress RSS Feed Plugin
PowerInbox 5×1
You Might Like