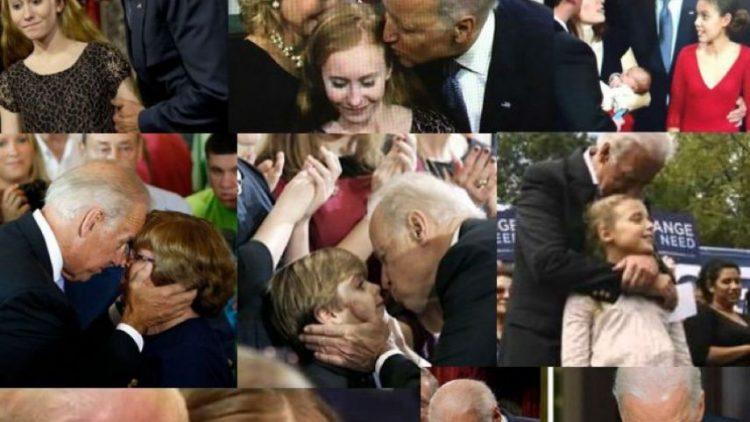 The fact of the matter is that according to the Ninth and Tenth Amendments, the federal government has no authority to be involved in education nor directing any policies regarding bathrooms, either public or private. Yet the child sniffer-in-chief believes he has such authority to demand parents get out of the way and let little boys and girls go into the same bathroom at the same time.

Joe Biden has promised to undo executive actions from President Trump that were intended to stop the use of school bathrooms by students of the opposite sex.

Early in its tenure, the Trump administration revoked an Obama-era federal rule that extended Title IX protections to transgender students, allowing them to use the bathrooms and locker rooms of their preference rather than the ones that correspond to their actual sex. Without these Title IX protections, it has been up to the states to make rules on transgender use of facilities, as it should be.

Biden has promised to restore these “protections” for transgenders on his first day in office.

“On his first day in office, Biden will reinstate the Obama-Biden guidance revoked by the Trump-Pence Administration, which will restore transgender students’ access to sports, bathrooms, and locker rooms in accordance with their gender identity,” Biden’s website reads.

“Donald Trump and Mike Pence have given hate against LGBTQ+ individuals safe harbor and rolled back critical protections for the LGBTQ+ community,” the Biden website says of President Trump.

“By blocking the ability of transgender individuals to openly serve their country, denying LGBTQ+ people access to critical health care, proposing policies allowing federally funded homeless shelters to turn away transgender people and federally funded adoption agencies to reject same-sex couples, and failing to address the epidemic of violence against transgender people — particularly transgender women of color — the Trump-Pence Administration has led a systematic effort to undo the progress President Obama and Vice President Biden made.”

Some of the policies he plans to implement as part of his LGBTQ agenda are collecting “data necessary to fully support the LGBTQ+ community,” expanding “access to high-quality health care for LGBTQ+ individuals,” and ensuring “fair treatment of LGBTQ+ individuals in the criminal justice system.”

Commentator Matt Walsh wrote, “On his first day, the demented pervert in the White House has declared that little girls have to share their bathrooms with boys. He’s a disgusting creep for doing this and you’re a disgusting creep if you support it.”

On his first day, the demented pervert in the White House has declared that little girls have to share their bathrooms with boys.

Pamela Geller warns, “Moms, put your little ones in diapers when you send them to school. Better yet, don’t send them to public school at all. Save them. Democrats demand you sacrifice your children to them.”

I agree, but then I’ve been saying to do that not because of this, but because the Creator has told us to do so. Our children are ours, not the state’s, despite their illegitimate claims to them.

Pull your kids out of the public indoctrination centers and start educating your own kids (Deuteronomy 6:1-10)! You can even start for free by clicking here.