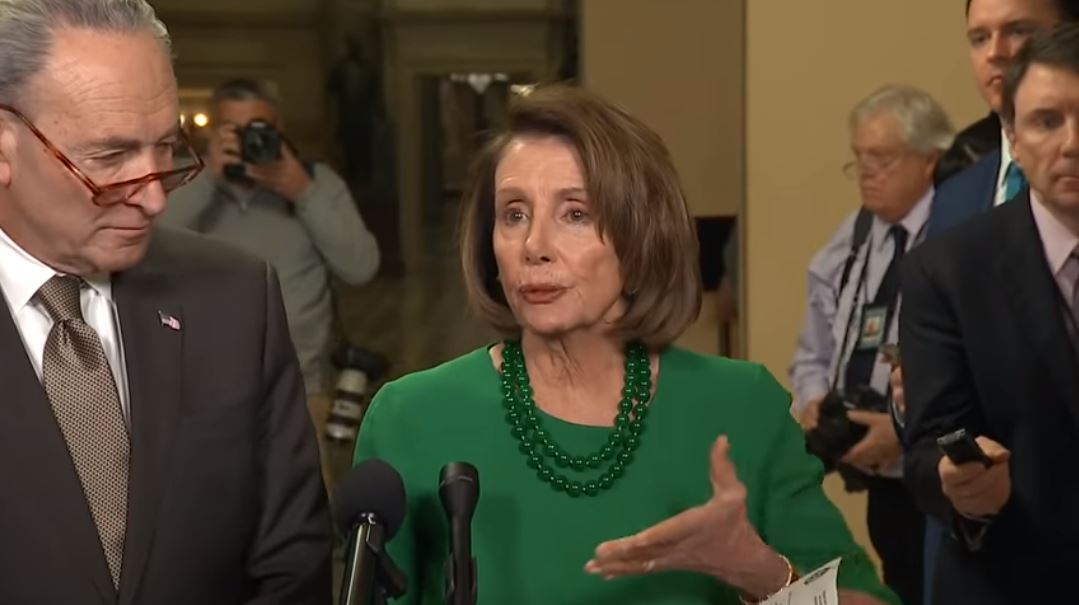 “The indictment of Roger Stone makes clear that there was a deliberate, coordinated attempt by top Trump campaign officials to influence the 2016 election and subvert the will of the American people. It is staggering that the President has chosen to surround himself with people who violated the integrity of our democracy and lied to the FBI and Congress about it,” she said.

Translation: Running a political campaign against a Democrat is “subverting” the will of the American people, according to Pelosi.

She had more to say.

“In the face of 37 indictments, the President’s continued actions to undermine the Special Counsel investigation raise the questions: what does Putin have on the President, politically, personally or financially? Why has the Trump Administration continued to discuss pulling the U.S. out of NATO, which would be a massive victory for Putin?” she asked.

What does Putin have on @realDonaldTrump, politically, personally or financially?

Of course, this is just an effort to foment her already insane radical base and it’s not the first time she’s made this ridiculous assertion.

Pelosi has a duty to immediately move to open impeachment proceedings against President Trump if she truly believes he is being blackmailed into doing the bidding of Vladimir Putin. If she doesn’t then it will be clear she is smearing Trump in a most despicable manner to cripple his presidency.