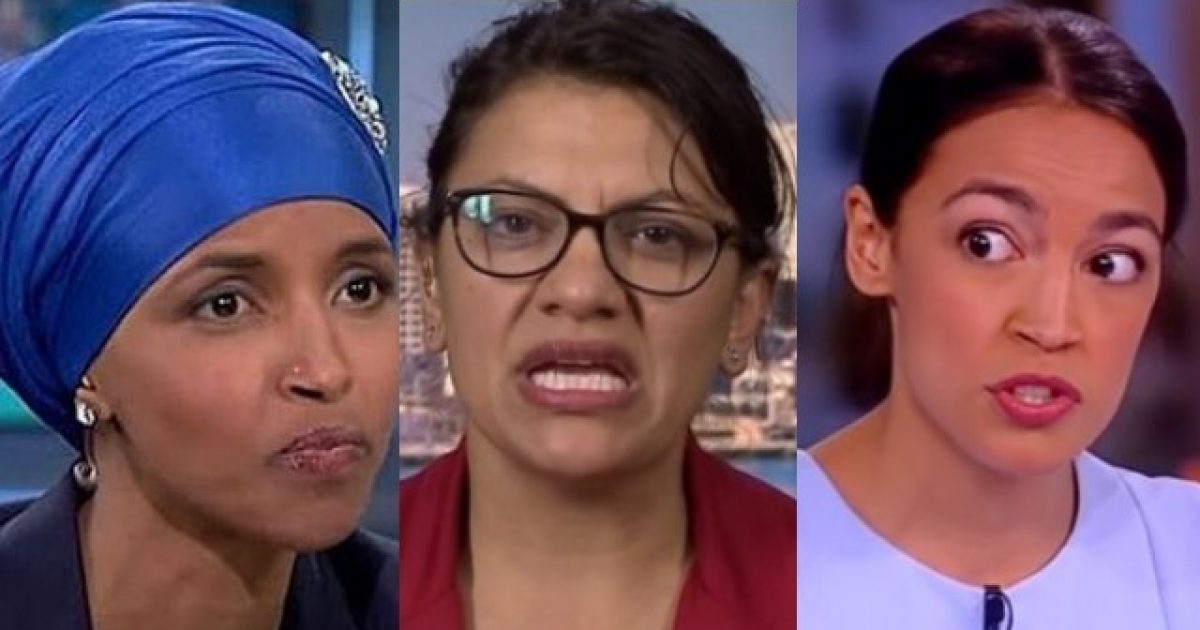 We have wondered how long it would take House Speaker Nancy Pelosi (D-Calif.) to tire of the antics routinely expressed by her far-Left ‘Democratic Socialist’ faction, and that question appears to have been answered.

In an interview with The New York Times, Pelosi blasted Reps. Alexandria Ocasio-Cortez (D-N.Y.), Rashida Tlaib (D-Mich.), Ilhan Omar (D-Minn.), and Ayanna Pressley (D., Mass.) for their often outlandish, outrageous behavior and statements in attempts to advance an agenda that is to the Left of the Castro brothers and Venezuela’s President Nicolas Maduro.

Specifically, she noted that the four don’t have much support outside of their social media followers, likely a reference to Congress, where rumors have been surfacing for weeks that senior Democrats schooled in the ways of Washington have become increasingly frustrated with them.

“All these people have their public whatever and their Twitter world,” Pelosi told the Times. “But they didn’t have any following. They’re four people and that’s how many votes they got.”

In particular, the Times was addressing a recently-passed $4.6 billion border assistance package that Ocasio-Cortez and her far-Left faction opposed.

Ocasio-Cortez labeled the legislation “completely irresponsible,” and Omar said that supporting it meant voting “to keep kids in cages and terrorize immigrant communities.”

It was a tactically brilliant move because it left Pelosi facing strong criticism from centrist Democrats who didn’t want to go into the July 4 recess without having addressed the border crisis with a funding package.

The vote was widely seen as capitulating to Senate Republicans.

As she is prone to do because she can’t seem to allow herself to be criticized, Ocasio-Cortez fired back at Pelosi on Twitter, defending her use of social media.

“That public ‘whatever’ is called public sentiment. And wielding the power to shift it is how we actually achieve meaningful change in this country,” she wrote to her more than 4.5 million Twitter followers.

That public “whatever” is called public sentiment.

And wielding the power to shift it is how we actually achieve meaningful change in this country. https://t.co/u6JtgwwRsk

“I find it strange when members act as though social media isn’t important,” she added in a subsequent tweet, saying that congress members “campaign like it’s 2008.”

I find it strange when members act as though social media isn’t important.

They set millions of 💵 on 🔥 to run TV ads so people can see their message.

I haven’t dialed for dollars *once* this year, & have more time to do my actual job. Yet we’d rather campaign like it’s 2008.

This isn’t Pelosi’s first AOC smackdown. Earlier this year, Pelosi said a “glass of water” with a D next to its name would have been elected in Ocasio-Cortez’s district.

Of course, the same is true in Pelosi’s district. Touche.