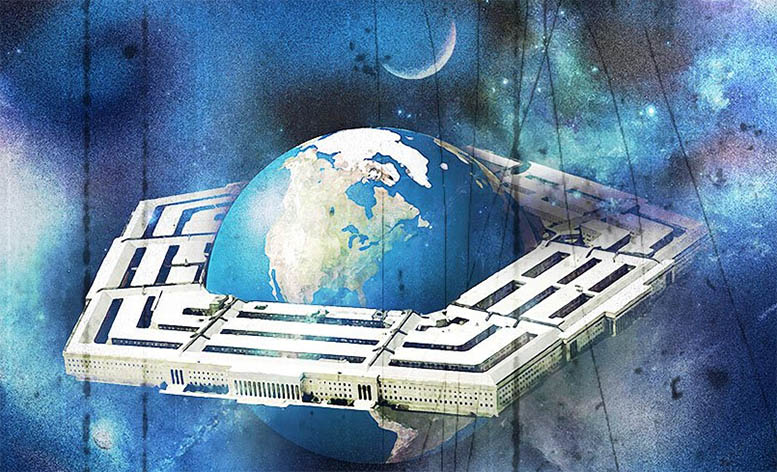 As secretive unit operating within the U.S. Department of Defense that is charged with investigating unidentified flying objects (UFOs) will make some of its findings public after it was revealed that the Pentagon has been recently briefed about “off-world vehicles not made on this earth.”

The once-covert UFO unit, which operates within the U.S. Navy’s Office of Naval Intelligence, will soon begin giving regular biannual updates on its research to the U.S. Senate’s Intelligence Committee, reports The New York Times.

The Unidentified Aerial Phenomenon Task Force was formed in 2019 for the purpose of studying strange and inexplicable encounters between U.S. military pilots and unidentified aerial vehicles or UFOs in a bid “to standardize collection and reporting” of the various sightings.

The program is the successor to the Advanced Aerospace Threat Identification Program, which also investigated UFOs but was dissolved in 2017 due to a lapse of funding. However, the team working on that program continued its work alongside the intelligence community even after it was officially disbanded.

Luis Elizondo, a former military intelligence official who headed the Pentagon program, resigned in October 2017 after a decade with the program. Elizondo, along with a group of former government scientists and officials, remain convinced that objects of unknown origin have crashed on Earth and that these apparently extraterrestrial materials have been the focus of research.

“It no longer has to hide in the shadows,” Elizondo told the Times. “It will have a new transparency.”

Former Senate majority leader and retired Sen. Harry Reid (D-NV), who led the push to fund the earlier UFO program, also believes that the studies should see the light of day.

“After looking into this, I came to the conclusion that there were reports — some were substantive, some not so substantive — that there were actual materials that the government and the private sector had in their possession,” Reid said.

So far, none of the alleged crash artifacts have been subject to public scrutiny or verification by independent researchers. However, some of the retrieved objects such as strange metallic debris were identified as being manmade – raising the possibility that they could be related to the military of U.S. rivals such as China or Russia.

However, astrophysicist Eric Davis – who served as an advisor for the Pentagon program since 2007 – said that he had briefed the Pentagon in March about material retrieved from “off-world vehicles not made on this earth.”

The Department of Defense subcontractor also said that he had concluded that the objects found were of the type “we couldn’t make … ourselves.”

In an interview last month, President Donald Trump told his son Donald Trump Jr. that he had heard some “interesting” things about supposed aliens as well as the secretive Area 51 base near Roswell, New Mexico, that some theorists claim is a UFO crash site.

The U.S. government has been increasingly open in its discussions of UFOs since last September, when U.S. Navy admitted that widely-circulated video footage captured by Navy pilots that purportedly showed UFOs flying through the skies did depict actual “unknown” objects that flew into U.S. airspace.

While officials admitted that they have been baffled by the unknown flying objects, they also admit that past encounters with them have been frequent. They also said that rather than calling them “UFOs,” they prefer the term unidentified aerial phenomena or UAPs.

While it remains yet to be seen what information the once-secret UFO unit plans to lay out for lawmakers, acting intelligence committee chairman Sen. Marco Rubio (R-FL) is intent on finding out who or what precisely is behind the apparent UFO activity over U.S. military bases.

“We have things flying over our military bases and places where we are conducting military exercises and we don’t know what it is — and it isn’t ours,” Rubio told CBS Miami in an interview last Friday.

“Frankly, that if it’s something from outside this planet — that might actually be better than the fact that we’ve seen some technological leap on behalf of the Chinese or the Russians or some other adversary that allows them to conduct this sort of activity,” the hawkish senator added.

For Reid, further transparency is needed.

“It is extremely important that information about the discovery of physical materials or retrieved craft come out,” he said.

Facebook Wants You To Believe That Bill Gates Has The Support Of 42 Million Followers – Yet, There Is One Thing That They Forget To Tell You……
November 28th, 2022 Sons of Liberty Media