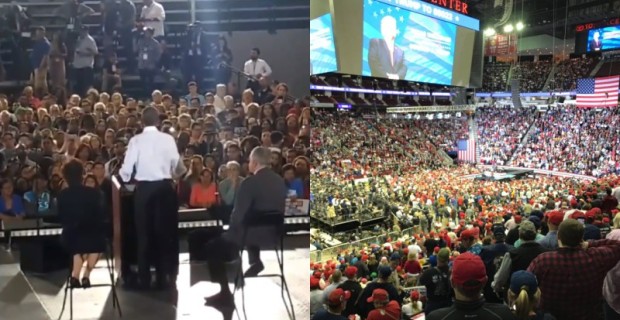 Comparison video and images from Trump’s rally in Houston and Barack Obama’s event in Nevada Monday night emphasize how the numbers at the Trump event dwarf those who attended Obama’s campaign stop.

Viewing the first video of the Obama event, one could be forgiven for thinking that he attracted decent numbers.

However, a second angle shot from behind the former president shows the true paucity of the attendance.

It’s more like a blue puddle? Anyway this angle doesn’t seem to be playing on TV, wonder why. pic.twitter.com/6hRzZfUJvu

“It’s more like a blue puddle? Anyway this angle doesn’t seem to be playing on TV, wonder why,” remarked Rosie Memos.

“There’s almost no-one there,” commented the Conservative Treehouse blog. “It’s the Obama Potemkin village again; only this time in Nevada.”

While Obama struggled to fill a small arena, Trump packed out the Toyota Center.

The event was so in demand, many people had to settle for standing outside and watching Trump’s speech on a big screen. 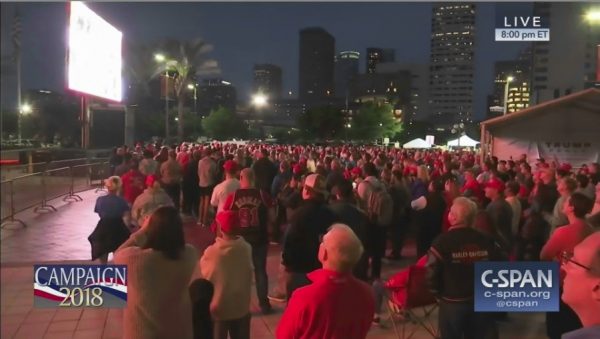 The lines to get in were yuuuuge. 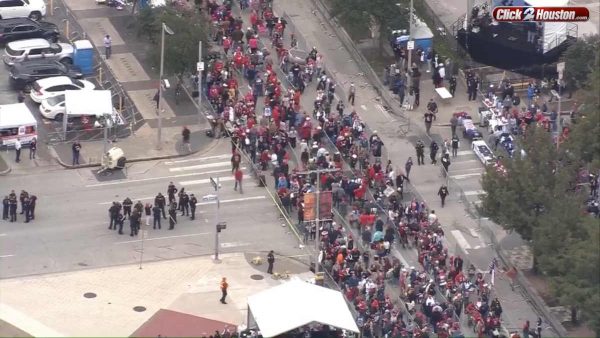