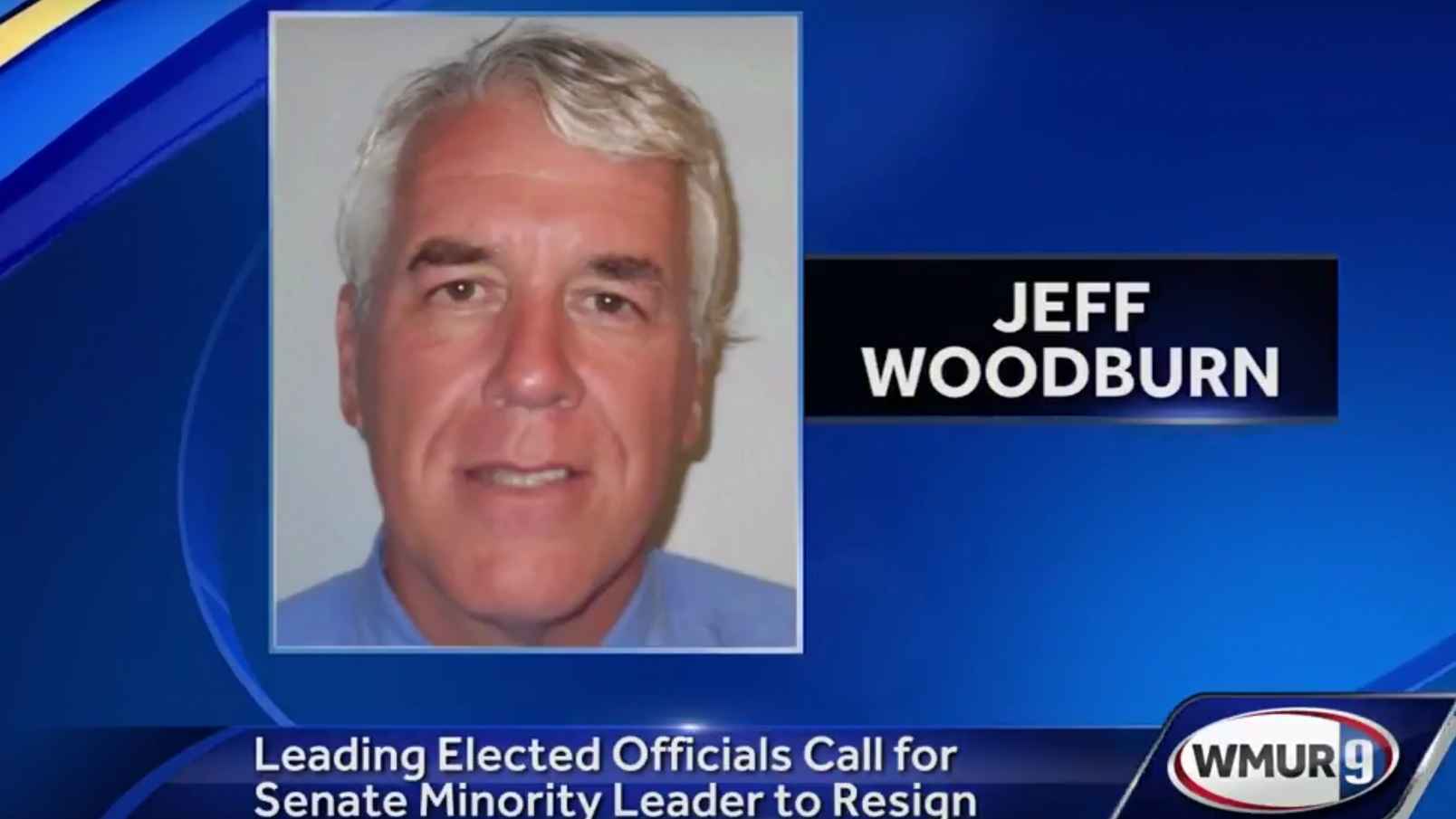 Planned Parenthood’s New Hampshire Action Fund endorsed Woodburn. Planned Parenthood of Northern New England put money behind him. And Woodburn declared that he was “proud” to have the abortion organization’s support and to be a “strong advocate for women’s health.”

Except maybe the health of the woman whom he is accused of biting and punching in the stomach.

A progressive politician, Senator Woodburn had regularly voted for abortion, gun control and repealing the death penalty. He cosponsored a bill to prohibit discrimination based on “gender identity” and pushed for legalizing marijuana. When the Democrats rolled out their Russian conspiracy theories after losing the election, he demanded a crackdown on vodka sales in New Hampshire.

“I didn’t realize there were so many Russian vodka connoisseurs,” he fumed.

At the 2015 New Hampshire Democratic Convention, Woodburn spoke alongside Hillary Clinton, Bernie Sanders, Debbie Wasserman Schultz and many other top national Dems. ”Onward! We need a Democratic Senate in the next election,” he bellowed at a joyless room of frowning millennial Bernie supporters and frumpy Clinton ‘H’ banner wavers. “We’ll get things done. We’ll serve the people!”

Hillary for New Hampshire held an open house with Senator Woodburn who led “a discussion on Hillary Clinton’s plan for a vibrant rural America”. After the Access Hollywood tape came out, Woodburn urged, “It is time for each state Senate candidate to condemn, withdraw support for Donald Trump.”

And then in August, Senator Woodburn was arrested for allegedly biting a woman. The progressive politician was also accused of punching her, the first female County Democrat chair, in the stomach.

The feminist politician allegedly punched his fiancé, a social worker, former Dem chair and mother of two sons, in the stomach on Christmas Eve while she was wrapping Christmas presents.

New Hampshire Democrats had previously touted the woman allegedly assaulted by Woodburn as, “the first female in Coos history to become a delegate to the Democratic National Convention.”

But the Dems appear to be much less interested in the 35-year-old Bernie supporter now than when she was in a relationship with Woodburn, a party top dog twenty years older than her, who backed Hillary.

According to her account, as relayed by the attorney general’s office, “the victim said to him, ‘You just punched me in the stomach’ and he reportedly replied something to the effect of ‘oh did I hurt you…I’m sorry’ in a mocking manner.”

The biting allegedly happened when Woodburn tried to grab the wheel of the car as his fiancé was driving the drunken Democrat back from his birthday party which also doubled as a political fundraiser. After pulling over, “The victim said that Mr. Woodburn then proceeded to bite her left hand in the area of the palm and wrist as she reached for his phone.”

Photos of her hand have been released. They appear to show significant bruising and swelling where the Planned Parenthood endorsed politician allegedly bit her.

Despite Senator Woodburn’s arrest and trial, the nine domestic violence charges, four counts of assault, his progressive party is sticking with him. He is no longer the Minority Leader, but otherwise, he isn’t going anywhere.

So much for believing all women.

“No one present supported calling for the Senator’s resignation,” acting county party Chairman Theodore Bosen said. And, a press release stated, “No one present believed he would fail to be re-elected or that his pending charges would hurt the party’s prospects this fall.”

Woodburn easily won the Democrat primary against a write-in candidate with over 65% of the vote. The alleged domestic abuser took over 2 votes for every 1 by his female challenger.

“They’ve given me the job and they’re the only ones who can take it away,” Senator Woodburn had said, explaining his refusal to resign.

And the Democrats chose to stand by their man while ignoring their woman.

Senator Woodburn had previously defeated Republican Dolly McPhaul by a sizable margin in 2016. He beat a previous female Republican challenger in 2012 by an even bigger margin. And it seems likely that, despite his upcoming trial, Woodburn will win again. Because the Democrats will stand with him.

The left likes to claim that it believes women. That its political movement is feminist and stands against abuse. Even while a tour featuring Bill and Hillary Clinton is becoming the hottest ticket in town.

The investigation of Keith Ellison’s allegations of domestic abuse has been rigged. Anthony Weiner, a close Clinton ally, is due to leave prison early for good behavior. Eric Schneiderman, another top New York Democrat, had gotten away with choking and abusing women for years.

One of his alleged victims wrote, “Three of my close friends told me to keep quiet because Eric’s work was so important to the progressive cause.”

Schneiderman, like Woodward, Franken, Filner, Ellison and Ted Kennedy, and many other alleged abusers of women, was close to Planned Parenthood. And even after the allegations went public, Planned Parenthood attacked Kellyanne Conway for criticizing him. Democrats will drop abusers, when their abuses go national enough to become an embarrassment, but otherwise, they will stick by them.

New Hampshire Democrats have played the same double game with Woodburn, as some national Democrats are doing with Keith Ellison, condemning him in word, but doing nothing about him in deed.

Woodburn, Schneiderman, Filner, Franken, Ellison, Ted Kennedy and Bill Clinton were able to thrive because the Democrats made their victims, their friends, the media and any potential allies feel that they would be betraying the cause of women’s rights if they made these accusations of abuse public.

The twisted logic of the left demanded that women accept their abuse to protect “women’s rights”.

Democrat abusers have frequently drawn their victims from the ranks of leftist activists. That was true of Ellison, Franken, Schneiderman and Woodburn. Their politics aren’t incidental to their abusers; it’s how they attract their victims. They tout their Planned Parenthood credentials before the chokings, the beatings and the assaults begin. And they are enabled by a party that believes all women.

Except those women who accuse their own leaders.

When attacking President Trump, Senator Woodburn wrote of his empathy for his more felonious constituents. “With most of the state’s incarcerated men being in my district, I’m a regular visitor to our prisons. I recall touring the hobby shop, where long-term inmates learn the skills to craft beautiful things.”