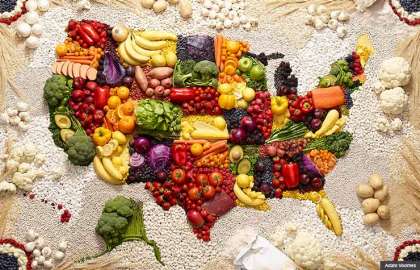 Natural News) The United States Department of Agriculture (USDA) says the United States is on track to maintain its current stocks of food based on an expectation of maximum acreage planted and healthy yields. However, Rabobank writers Michael Every and Michael Magdovitz disagree, warning that a crisis of “biblical” proportions could be on the way.

Food and feed prices have increased month over month for the past nine months, reaching seven-year highs that Every and Magdovitz liken to the biblical story of Joseph and Pharaoh from Genesis 41:17-21. Seven years of plenty, in that Old Testament account, were followed by seven years of famine – and America could soon be facing the latter.

Every and Magdovitz explain that the commodities markets have shifted strongly into what is known as backwardation, which indicates near-term supply scarcity. This should be eased with harvest replenishment, they say, but there are several factors to consider that suggest it might not be that simple.

For one, much of the U.S., mostly in the West, currently faces unusual drought conditions. This will make it difficult to produce the types of yields necessary and expected to replenish current food and feed shortages. Another problem is our country’s failure to anticipate such a scenario in the first place, and to prepare for it.

“Today’s elevated price trajectories shows [sic] nobody had the foresight, fortitude or financial power to stockpile in the years of plenty, but there are many more factors at play,” warn Every and Magdovitz.

“Coming months will see a scramble by farmers to plant and harvest,” they add.

“With many products facing scarcity, competition for limited arable land will limit the potential resupply. The U.S., for example, can only increase its summer plantings by about 5%; any production on top needs to come from yield improvement.”

Wall Street is to blame for rising food costs, inflation

Speculators on Wall Street are also making things difficult as they hold futures in certain key commodities that are driving up inflation. Furthermore, while the markets have grown used to extreme monetary policy ever since the collapse and bailout fiasco of 2008, such policy is pushing our country to the brink of hyperinflation.

“What makes this significant, apart from the scale, is that this is happening due to the actions of central banks,” Every and Magdovitz explain. “While Joseph was second only to Pharaoh, so central banks are second only to governments: yet they are not helping to smooth out food cycles like Joseph did.”

For the past two summers, summer crop yields in America have been lackluster, to say the least. And it would appear as though a third consecutive underperforming summer crop season might be on the way, which would devastate already lacking supplies and inflated market conditions.

“Even if last year’s average, not poor, yields were repeated in corn or soy, supplies would fall below 2012 levels, a time prices were 35% higher than today,” Every and Magdovitz speculate. “All else equal, even a 3-4% drop in production could move soy and corn prices up by a third.”

“In normal times, alternative grain and oilseed export surpluses might help cushion the blow of a US supply shock – but if we take these into account too, cumulative exporter stocks-to-use are still close to 2012 levels.”

So, what does this all mean? It means that we could soon be facing a shortage of food combined with whatever food is available becoming much more expensive – if foo is even still available. Are you stocked up and ready for when the games begin?

More related news about the coming economic collapse can be found at Collapse.news.