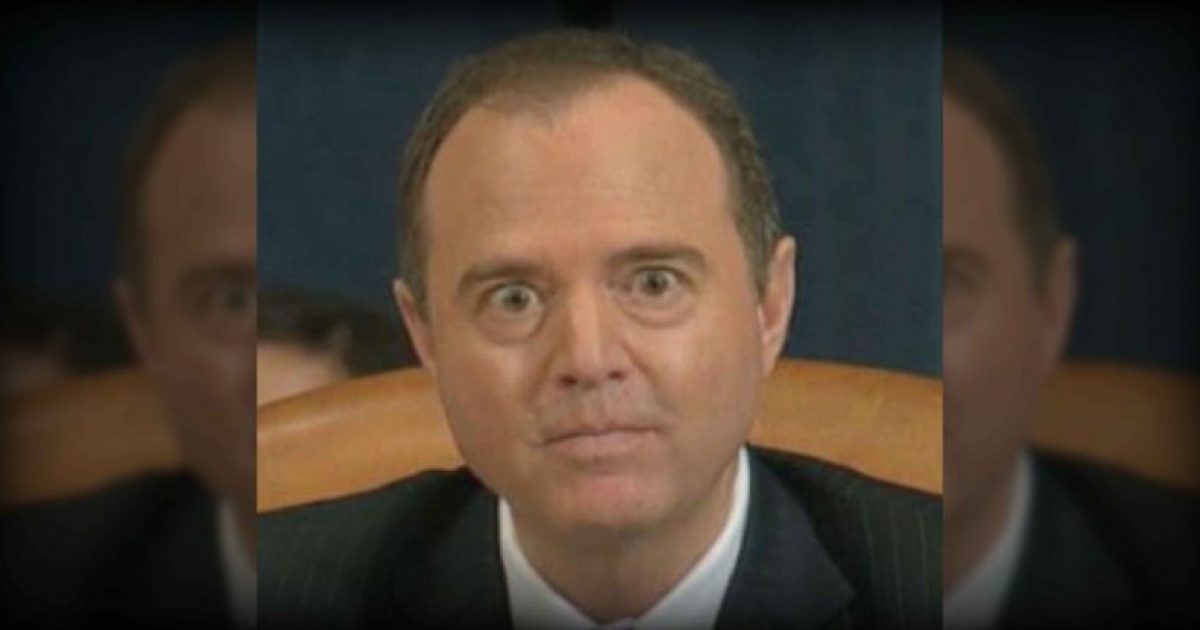 On Monday, senior Republicans issued calls for Rep. Adam Schiff, the California Democrat who colluded with Russians to get nude photos of Trump, to resign over false statements and claims he made regarding the now-debunked Trump-Russia collusion conspiracy.

“Schiff has met the standard that he has imposed on other members of Congress of when they should step back from their positions. He has exceeded that standard, and there is no question he should step down from the Intel chairmanship,” he added.

White House adviser Kellyanne Conway also called for Schiff to resign on Monday for his continuing insistence that Trump would soon “be impeached or indicted.”

“He ought to resign today,” she said. “He’s been on every TV show 50 times a day for practically the last two years, promising Americans that this president would either be impeached or indicted.”

“Adam Schiff should resign. He has no right as somebody who has been peddling a lie, day after day after day, unchallenged and not under oath,” she added. “Somebody should have put him under oath and said ‘you have evidence, where is it?’”

The Daily Wire listed five instances in which Schiff made statements and claims that are completely out of phase with reality:

1. On Sunday, Schiff told ABC’s George Stephanopoulos that there was “significant evidence of collusion,” even though the special counsel determined there was “no evidence that the Trump campaign or anyone associated with it conspired with the Russians to influence the election, despite offers by the Russians to do so.”

2. In March 2018, Schiff wrote in his “Minority Views” response to the Republican-led House Intelligence investigation into Russian collusion (which also found no collusion) that the committee’s “findings are misleading and unsupported by the facts and the investigative record.”

3. In February 2018, Schiff claimed there was “ample evidence” that Trump colluded with Russia. He was speaking at a breakfasted hosted by the Christian Science Monitor when he said: “There is already, in my view, ample evidence in the public domain on the issue of collusion if you’re willing to see it.”

4. In March 2017, Schiff said on “Meet the Press” that there was “circumstantial evidence of collusion” and “direct evidence… of deception.”

Democrats, of course, have completely rejected reality and have vowed to keep the witch hunt going, even though Mueller’s report says there is absolutely no evidence of any collusion at any time.

But as we’ve seen recently, Democrats don’t need any evidence because they don’t give a tinker’s damn about facts or the truth.