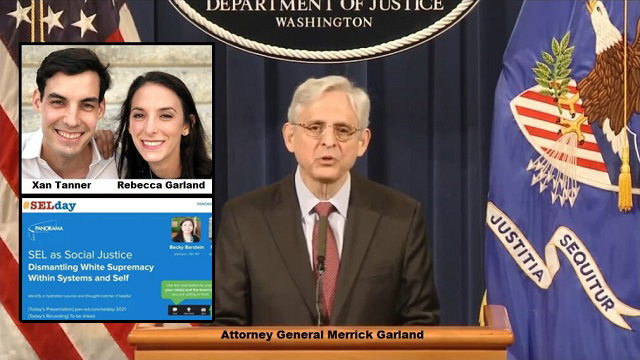 Attorney General Merrick Garland may have sicced the FBI on parents protesting against anti-white critical race theory training in public schools because his family is getting rich off selling anti-white CRT training materials to public schools, according to a new report.

U.S. Attorney General Merrick Garland recently instructed the FBI to begin investigating parents who confront school board administrators over Critical Race Theory indoctrination material. The U.S. Department of Justice issued a memorandum to the FBI instructing them to initiate investigations of any parent attending a local school board meeting who might be viewed as confrontational, intimidating or harassing. 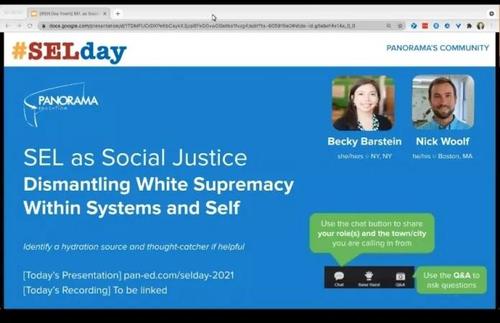 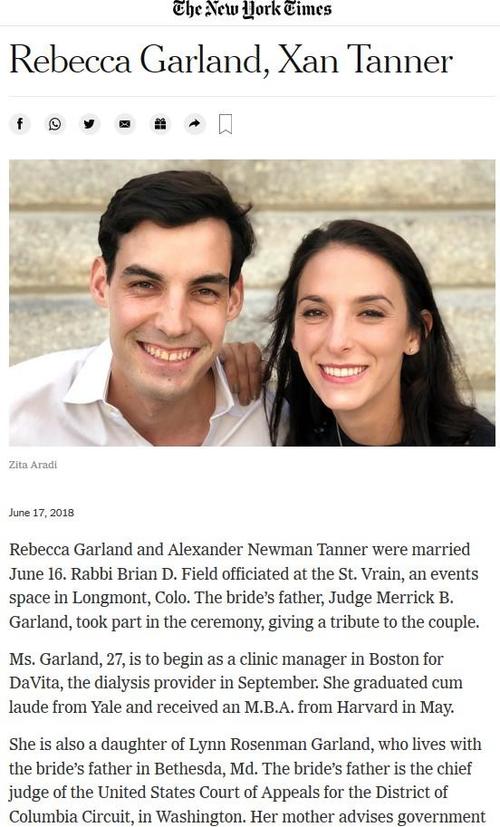 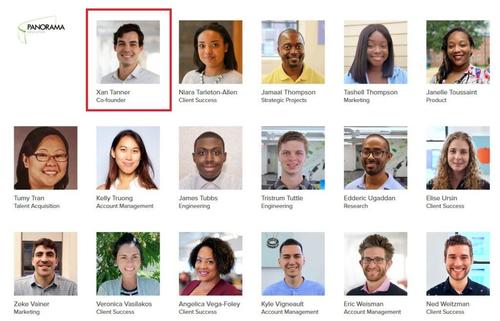 TechCrunch – September 2021 – Panorama Education, which has built out a K-12 education software platform, has raised $60 million in a Series C round of funding led by General Atlantic.

Panorama declined to reveal at what valuation the Series C was raised, nor did it provide any specific financial growth metrics. CEO and co-founder Aaron Feuer did say the company now serves 13 million students in 23,000 schools across the United States, which means that 25% of American students are enrolled in a district served by Panorama today.

Since March 2020, Panorama has added 700 school districts to its customer base, nearly doubling the 800 it served just 18 months prior, according to Feuer. […] Former Yale graduate students Feuer and Xan Tanner started the company in an effort to figure out the best way for schools to collect and understand feedback from their students (read more)

In June, several meeting attendees and newly elected board members at the Moore County School District in North Carolina pushed back against continuing their contract with Panorama – with one calling it an “indoctrination platform” which aims to mold students into “social justice warriors.”

Those claims are based more on the company’s webinars and virtual workshops for teachers than the surveys Moore County Schools plans to conduct over the three-year term of the contract. The district would pay $184,300 for Panorama’s services over that time period.

Before starting in on their business agenda Monday night, the board heard from about 10 speakers who opposed the contract extension. At the core of the debate is resistance to the idea that public schools might teach Critical Race Theory: in short, the hypothesis that racism has persisted in American institutions throughout history to the detriment of minorities and still does.

Board members Robert Levy and David Hensley pointed to one of the company’s leaders having done economic development work in Cuba, and online webinars dealing with things like “equity, care, and connection” and “dismantling white supremacy” to suggest that Panorama is a vehicle for what Levy termed “really hardcore Critical Race Theory.” –The Pilot

In May, the Johnston County Report – a local North Carolina outlet – did a deep dive on Panorama in an article entitled “Activists In Our Schools: Big Data” in which they described Panorama as a “Big Data company that collects and performs analytics. Data Analytics takes in raw data and formulates it to make process decisions.”

I came across a Twitter post from Johnston County Public School (JCPS) Student Service Counseling Office — Social Emotional Learning (SEL). It was a graphic with a bunch of buzzwords like Restorative Justice, Adult SEL, Staff Equity Committees, and Panorama. All of the terms were familiar to me, but not Panorama. I had no idea what it meant or just how deep the well would go with that one word.

… From a 2013 interview in Inc. “Feuer says it was the promise of Panorama’s social impact, not its financial return, that first caught Zuckerberg’s eye.” Zuckerberg’s foundation called Startup:Education infused $4 million dollars into Panorama in 2013. Panorama has found multiple social change and educational technology equity partners including; Spark Capital a San Francisco Bay area company- capital funders behind Twitter and Tumblr, Emerson Collective a Palo Alto company self described as a social change organization, and Owl Ventures, the world’s largest holder of education technology with $1.2 billion in assets- based out of Silicon Valley founded in 2014. By 2017 Panorama Education had raised $32 million in venture capital to data mine children and implement social transformation into schools.

The rolling out of Panorama as an educational tool that measured feelings, observable behaviors, and thought perception was timed perfectly with the implementation of the 2015 Every Student Succeeds Act (ESSA) which replaced No Child Left Behind. The Obama era Act gave a new opening to measure emotions as an academic category. Under ESSA federal public school funding was more able to be funneled directly to school counseling programs. The schools had money and Panorama was ready to provide service.

“We attack racism, discrimination, and oppression, and work towards justice, equality, and opportunity,” the statement continues. 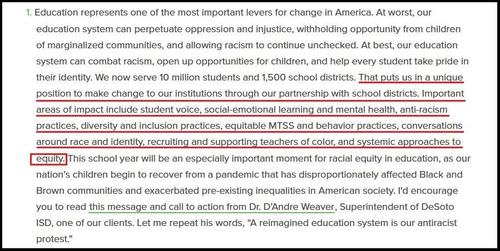 And for any parent who has a problem with this, daddy Garland just activated the FBI.