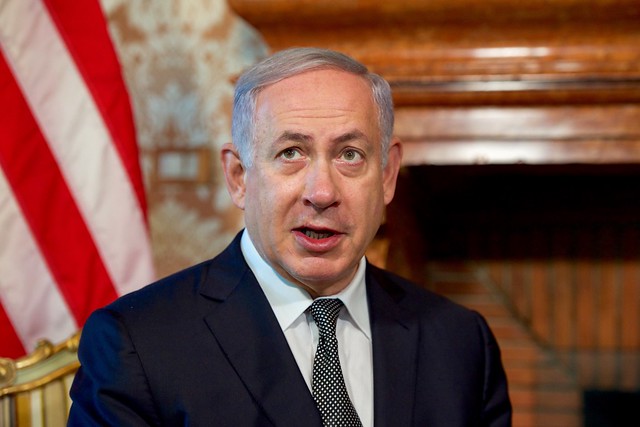 Yet “the Trump administration did not rebuke the Israeli government” #IsraelGate https://t.co/lQ1zhaMM0P

From Politico, “Israel accused of planting mysterious spy devices near the White House”:

The U.S. government concluded within the past two years that Israel was most likely behind the placement of cellphone surveillance devices that were found near the White House and other sensitive locations around Washington, according to three former senior U.S. officials with knowledge of the matter.

But unlike most other occasions when flagrant incidents of foreign spying have been discovered on American soil, the Trump administration did not rebuke the Israeli government, and there were no consequences for Israel’s behavior, one of the former officials said.

The miniature surveillance devices, colloquially known as “StingRays,” mimic regular cell towers to fool cellphones into giving them their locations and identity information. Formally called international mobile subscriber identity-catchers or IMSI-catchers, they also can capture the contents of calls and data use.

The devices were likely intended to spy on President Donald Trump, one of the former officials said, as well as his top aides and closest associates — though it’s not clear whether the Israeli efforts were successful.

[…] Based on a detailed forensic analysis, the FBI and other agencies working on the case felt confident that Israeli agents had placed the devices, according to the former officials, several of whom served in top intelligence and national security posts.

That analysis, one of the former officials said, is typically led by the FBI’s counterintelligence division and involves examining the devices so that they “tell you a little about their history, where the parts and pieces come from, how old are they, who had access to them, and that will help get you to what the origins are.” For these types of investigations, the bureau often leans on the National Security Agency and sometimes the CIA (DHS and the Secret Service played a supporting role in this specific investigation).

“It was pretty clear that the Israelis were responsible,” said a former senior intelligence official.

It wouldn’t be the first time.

If this were any other country there would be mass outrage and we’d see multiple congressional investigations. Instead, it’s just going to be ignored.

One former senior intelligence official noted that after the FBI and other agencies concluded that the Israelis were most likely responsible for the devices, the Trump administration took no action to punish or even privately scold the Israeli government.

“The reaction … was very different than it would have been in the last administration,” this person said. “With the current administration, there are a different set of calculations in regard to addressing this.”

The former senior intelligence official criticized how the administration handled the matter, remarking on the striking difference from past administrations, which likely would have at a very minimum issued a démarche, or formal diplomatic reprimand, to the foreign government condemning its actions.

“I’m not aware of any accountability at all,” the former official said.

Trump hilariously claimed he doesn’t think Israel would spy on America but acknowledged “anything is possible.”

Trump on reports that Israel tried to spy on him: "I don't believe that. No, I don't think the Israelis were spying on us. I really would find that hard to believe. My relationship with Israel has been great." pic.twitter.com/lmgQzfxbYW

Do they have dirt on Trump like they got on Clinton?

From The Times of Israel, 23 July 2014, “Netanyahu said to have offered Lewinsky tapes for Pollard,” subheadline, “New critical book on the Clinton family claims that Israel tapped White House phones, blackmailed president with recordings of intern”:

Israel attempted to use tapes of former US president Bill Clinton’s steamy conversations with intern Monica Lewinsky to leverage the release of Jonathan Pollard, a new book on the Clinton family’s political enterprises has claimed. In the book, titled “Clinton Inc: The Audacious Rebuilding of a Political Machine,” author Daniel Halper relies on on-the-record interviews with former officials together with a close analysis of documents termed “the Monica Files” to paint a salacious – and uncomplimentary – picture of one of the most prominent political families in the United States.

Halper reviewed hundreds of pages of documents compiled as a contingency to use in case the former intern ever was involved in legal action against Clinton.

According to the author, the documents indicate that during the Wye Plantation talks between Israel and the Palestinian Authority, held in Maryland in 1998, Prime Minister Benjamin Netanyahu pulled Bill Clinton aside to press for Pollard’s release.

Halper said that Israel had found new leverage to push for Pollard’s release.

“The Israelis present at Wye River had a new tactic for their negotiations–they’d overheard Clinton and Monica and had it on tape. Not wanting to directly threaten the powerful American president, a crucial Israeli ally, Clinton was told that the Israeli government had thrown the tapes away. But the very mention of them was enough to constitute a form of blackmail,” Halper wrote, adding that “according to information provided by a CIA source, a stricken Clinton appeared to buckle.”

Halper noted that “intelligence officials in the United States or Israel will of course not confirm on the record the extent or substance of Israeli eavesdropping,” but also cited an article published in 2000 by the magazine Insight, that claimed that Israel had “penetrated four White House telephone lines and was able to relay real-time conversations on those lines from a remote site outside the White House directly to Israel for listening and recording.”

Israel has denied such claims in the past as “outrageous.”

Pollard, a former US naval analyst, was found guilty of passing sensitive documents to Israel, and sentenced to a life sentence in prison for the offense. He remains a cause celebre in Israel, and there have been repeated efforts throughout the past twenty years to secure his release.

Halper cites seemingly corroborating information, including a contemporary New York Times article from November 1998 which reported that the two leaders had discussed Pollard’s release during the ill-fated conference and that “the Israelis had told the president something that opened up the possibility of Pollard’s release, something Clinton had explicitly ruled out during the first six years of his presidency.” The Times article noted that a White House spokesman told a reporter that Clinton was simply “newly impressed by the force of Mr. Netanyahu’s arguments.”

[…] Netanyahu’s threat, according to Halper, spurred Clinton to consider action. Halper claims that Clinton brought the request before CIA director George Tenet. Tenet, however, threatened to resign his position if Pollard was released, and Clinton backpedalled on the idea.

Halper is not the first to claim that Israel illicitly taped the steamy conversations between Clinton and Lewinsky and tried to leverage it to its advantage. In 1999, UK author Gordon Thomas claimed that the Mossad had collected some 30 hours’ worth of phone sex conversations between Lewinsky and Clinton and was using them to blackmail the US or to protect a deeply-embedded mole in the White House.