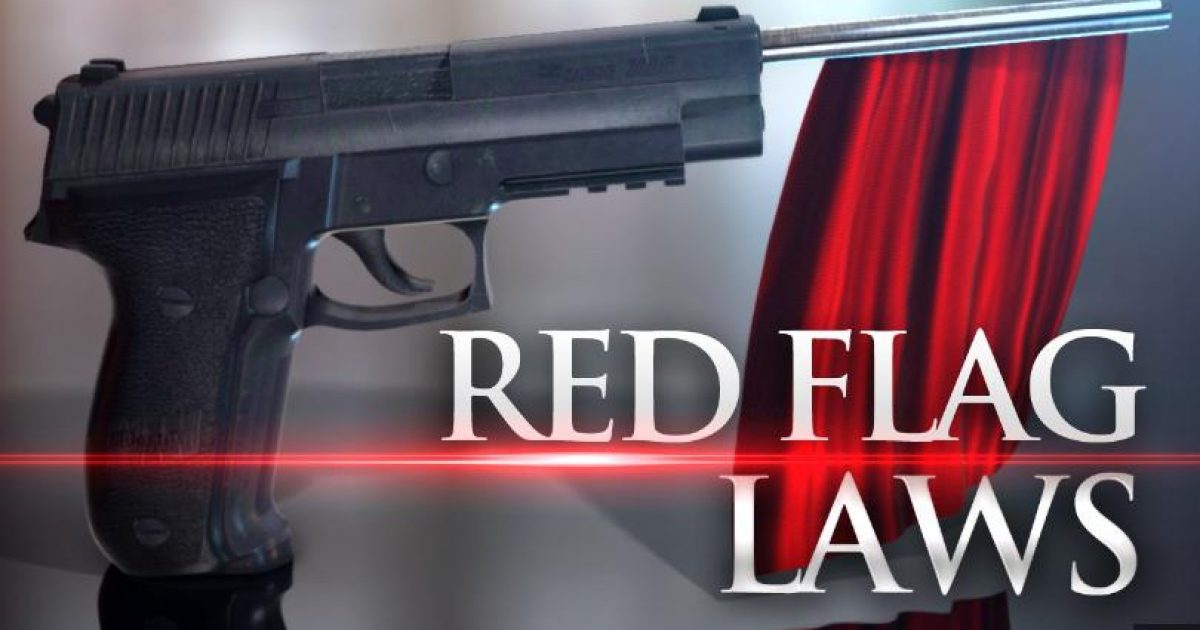 Things are beginning to unravel quickly. The left is engaged in a full frontal assault against the Second Amendment and they intend to keep pushing until they win. Far too many Americans are sitting in a comfortable, ignorant state of euphoria believing Trump and the U.S. Senate are on their side. Senator Lindsey Graham (R) has joined forces with Senator Richard Blumenthal (D) to introduce a red flag gun restraining order bill in the Senate. Senator Rubio (R) has plans to introduce one similar to Representative Susan Brooks (R) HR 5717 that would give the U.S. Attorney General the power to give grants, taxpayer-funded grants, to pass their own red flag gun laws. Ever since President Trump sat next to Diane Feinstein on live television and expressed his support for taking guns from people “deemed to be a threat to themselves or others” before being afforded due process, states have been passing their own red flag laws at an alarming rate with encouragement from Trump’s White House.

The concept behind the “red flag gun law” is a simple one that seems to be a common sense solution to what the public sees as a massive gun violence problem. Under these laws, a family member or law enforcement agency has the power to file for an extreme risk protective order without an individual being aware of it. If the individual is deemed to be a threat to themselves or others, armed law enforcement officers will show up to the individuals home to confiscate their firearms without any forewarning. In many cases, the individual in question has no criminal record nor has any warrant for arrest.

In Maryland, a man was shot by police under these circumstances. They showed up at 0500 hours and demanded he gives up his firearms. The request for removal was made by the man’s niece, who after he was shot and killed admitted that the man was harmless and that the police didn’t need to do what they did. The police justify the shooting by claiming they don’t know just what they may have prevented by confiscating his firearms. The man had no history of violent behavior but because his niece was uncomfortable, he is dead.

Ironically, the state where one of the worst school shootings in recent history occurred, Connecticut, red flag gun laws have been on the books since 1999. They obviously were not effective in stopping Adam Lanza from shooting up Sandy Hook Elementary School. Even more ironic is the fact that after the Parkland shooting, The Ct Mirror bragged about Connecticut being one of the first states to pass such laws, even though they did nothing to stop Sandy Hook from happening. California is another state where red flag laws, along with other stringent gun control measures have been on the books for many years and their gun-related homicide rate is eighteen percent higher than before passing these laws. We all know that gun control affects only those with no inclinations to hurt others.

There is some evidence that suggests red flag laws have prevented people from committing suicide. Indiana, for instance, saw a 7.5% decrease in gun-related suicides since the enactment of their laws. Connecticut saw a 1.6% drop. These percentages are minuscule however and there is very little research out there that suggests seizing someone’s firearms will prevent suicide altogether. There are other means of committing suicide but as long as it’s not done with a firearm the powers that be seem content.

The truth is that red flag laws are ripe for abuse, and the burden of proof shifts from the accuser to the accused completely eliminating due process. The words “a danger to themselves or others” leave a broad open space for interpretation by law enforcement. It would be one thing to give immediate family member’s and them alone the right to petition for such an order in the case of extreme situations. Remember though, it is already against the law to purchase a firearm if a restraining order has been filed against you. Giving law enforcement this power is concerning because law enforcement is being conditioned to view those with opinions differing from the politically correct as potential threats to national security. As this author has mentioned in several other articles, The Department of Homeland Security considers gun owners that are worried about an infringement of their gun rights as potential extremists. How long before anything you say online, or calling your congressman to express concern about government corruption is enough to have law enforcement consider you a red flag? In New York, they are considering legislation that would enable them to do a search of your social media as part of the background check process.

The stage is set. All it will take is a few more people resisting these red flag gun confiscation orders and all gun owners will be considered a “threat to themselves or others.” This could roll downhill very quickly and it will likely gain the support of the sheeple because all they will be told on the news is a dangerous man resisted gun confiscation and was shot by police. The media has relentlessly waged a successful propaganda campaign aimed at terrifying people out of their own rights.

Passing these laws and eliminating our rights to due process is a clear violation of the constitution let alone giving the attorney general the power to fund it with our money. People need to awaken to the fact that Democrats and Republicans are uniting on this issue and in the event any of these laws pass it will be under the guise of bringing the country together to make us all safer. Didn’t someone else say this before?

1935 will go down in History! For the first time, a civilized nation has full gun registration! Our streets will be safer, our police more efficient and the world will follow our lead to the future! — Adolf Hitler