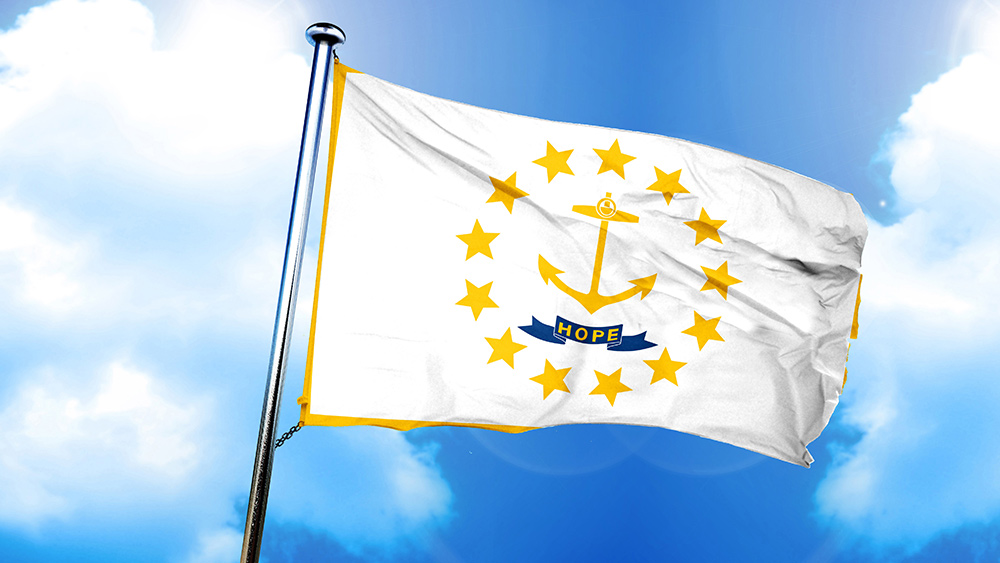 (Natural News) Gina Raimondo, the governor of Rhode Island, has signed an executive order that represents the “first steps” towards changing the name of her state to something less “racist.”

Following years of alleged controversy over the state’s full name, “The State of Rhode Island and Providence Plantations,” as well as recent police incidents involving George Floyd and Breonna Taylor, Raimondo decided that now is the time to get the ball rolling.

As you probably figured out already, it is the “plantations” portion of Rhode Island’s official name that people are upset about because it conjures up images of black people working on slave plantations.

To remedy this unpleasant history and make people less triggered, Raimondo signed Executive Order 20-48, which will change the official name of Rhode Island simply to Rhode Island, at least on official government documents.

While voters would actually have to vote to amend the Rhode Island Constitution for an official name change, at least now all future executive orders, as well as citations and letterhead, in the state will refer to it simply as Rhode Island, which is what the vast majority of people have been calling it anyway.

The word “plantations” will also be removed from all official Rhode Island websites from here on out, at least until voters get the chance to make their voices heard on a referendum that is reportedly being drawn up by the state legislature.

Interestingly, the word “plantations” as used in the official name for Rhode Island does not necessarily have anything to do with the slave plantations that existed way back when in some parts of America. But because some people still find the word itself offensive, it is now a priority to get it removed from the lexicon.

“Whatever the meaning of the term ‘plantations’ in the context of Rhode Island’s history, it carries a horrific connotation when considering the tragic and racist history of our nation,” said Harold Metts, Rhode Island’s only black senator, in a statement to the Providence Journal.

This is also not the first time that the issue has come up, even before voters. Back in 2010 when voters were given the chance to change the state’s name, an overwhelming 78 percent of them said no to removing “Providence Plantations” from the state’s name.

One would think that Rhode Islanders have better things to do like reigning in their state government from denying children an education simply for not being vaccinated against human papillomavirus (HPV) – but apparently this is not the case.

A circulating petition demanding that Rhode Island change its name currently has about 7,500 signatures, according to reports. It reads:

“Some Rhode Islanders pride themselves on living in the ‘smallest state with the longest name.’ But, the history of how we got this name is often forgotten.”

Keep in mind that Rhode Island is the same state that implemented a mandatory 14-day quarantine on all out-of-state visitors during the early days of the Wuhan coronavirus (COVID-19) pandemic.

Raimondo actually ordered that National Guard troops station themselves at entry points around the state to enforce unconstitutional checkpoints looking for unwelcome visitors.

She infamously declared that this mandate was “a law,” even though it had never been formally passed as a law, and followed it up with the threat of “penalties” for all violations.

If Rhode Islanders were smart, they would abolish this totalitarian woman from office, not go along with her latest episode of empty virtue signaling about the word “plantations.”

For more related news about the leftist agenda to rip America’s history right out from under us all, be sure to check out Libtards.news.