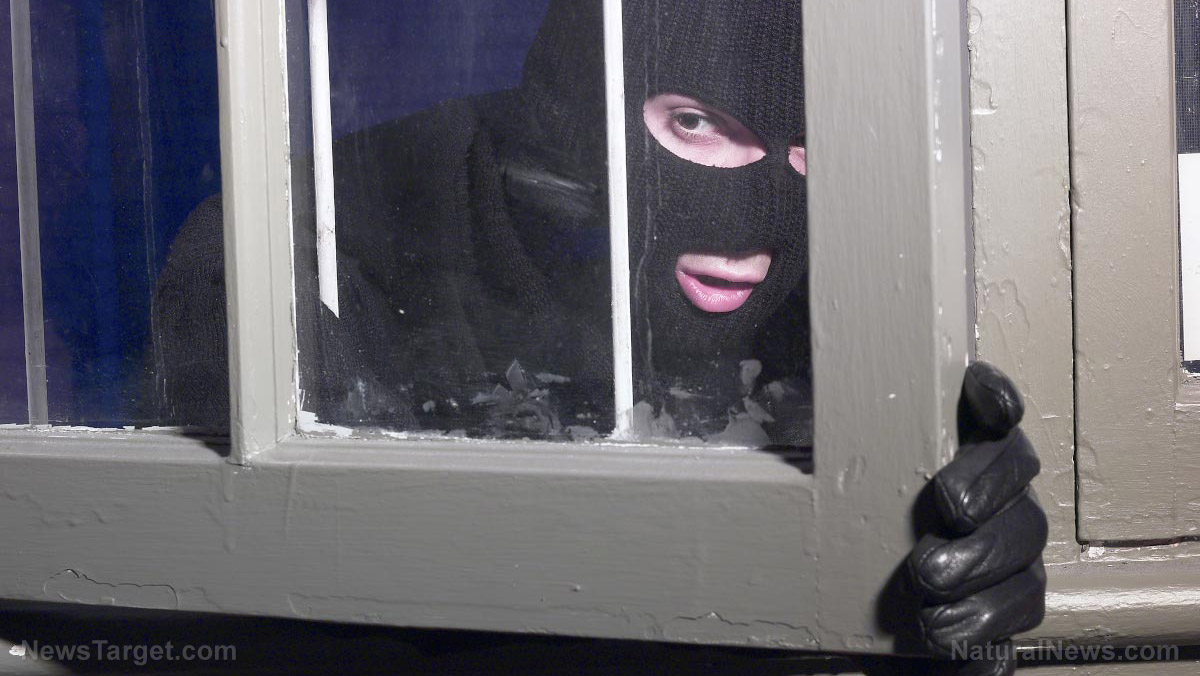 (Natural News) Organized criminal elements are on a robbing spree in California, hitting several luxury retailers in the past week. The series of retail robberies in the state began on Nov. 15.

The city police department of Concord in the East Bay shared a video on its social media accounts showing at least nine masked and hooded individuals armed with hammers robbing a jewelry store. When store employees tried to stop them, they “were kept back by the hammer-wielding criminals,” the police said in a press release.

On Nov. 19, dozens of individuals made their way through a mall in San Francisco’s Union Square and robbed multiple stores, including Bloomingdale’s, Burberry, Louis Vuitton and Yves Saint Laurent. The stolen products are believed to be worth over $1 million.

The next day, nearly 100 criminals in Walnut Creek in the East Bay rushed into a Nordstrom store in what police officers said was “clearly a planned event.” The thieves rushed the store and took as many products as they can into vehicles in the store’s parking lot. One employee was pepper-sprayed and two others were assaulted.

On Sunday morning, Nov. 21, employees of a Lululemon store in San Jose reported at least four people leaving the scene of the crime with more than $40,000 worth of merchandise.

Later that day, an estimated 40 to 50 criminals in Hayward robbed a jewelry store by smashing open jewelry cases. Video footage of the incident showed dozens of hooded robbers running out of the store carrying the stolen items.

On Monday, Nov. 22, a clothing store in Oakland was robbed by more than two dozen individuals who flooded into the store and grabbed as many items as they could before quickly fleeing the scene of the crime. The store’s owners said the thieves pried open the store’s security gate and broke the windows to get inside.

The latest organized robbery incident happened in San Jose on Tuesday, Nov. 23, when two men were arrested after trying to steal items from a Macy’s. The two thieves were caught by police officers with an estimated $2,000 worth of store merchandise. After interrogation, the officers learned that the two suspects may be connected to another robbery.

California Gov. Gavin Newsom has described the incidents as “people smashing and grabbing, stealing people’s items, creating havoc, terror in the streets.” Newsom said he understands what retailers are going through as a business owner himself. He owns a hospitality company, including wine shops and restaurants.

“My business has been broken into three times this year,” said Newsom. “I have no empathy, no sympathy for these folks and they must be held to account.”

The governor announced that his office has already met with retailers who asked for more police patrols around their stores. Newsom said state authorities will start being more aggressive towards organized retail-theft rings.

More police officers are expected to start patrolling “highly trafficked” shopping malls around the state’s largest cities and more money will be allocated for law enforcement in next year’s state budget. (Related: LAWLESS CHAOS: LAPD tells residents to “comply” with robbers as society collapses in blue cities… escape while you still can.)

The number of theft incidents is expected to rise as the holidays come nearer. “Smash and grabs” are noted to increase around the Christmas holiday season, according to Lynda Buel, president of security consulting firm SRMC.

Ben Dugan, president of the Coalition of Law Enforcement and Retail, said that retailers lose about $65 billion each year to organized theft. The bulk of this loss is conducted by professional thieves and organized crime rings.

Without proper action from California authorities, it is likely retailers in the state are going to lose even more this year.

Learn more about how California is failing its citizens by not providing adequate law enforcement at CaliforniaCollapse.news.