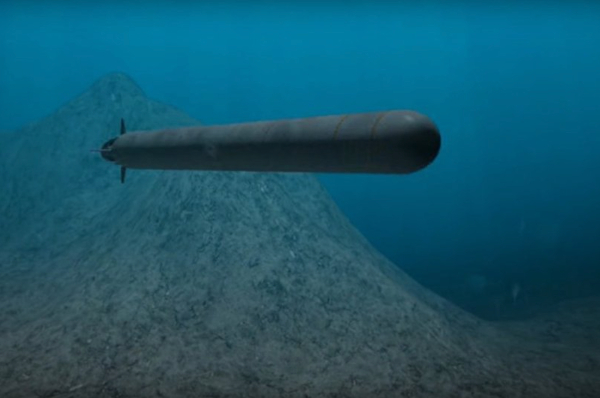 (Natural News) Russian President Vladimir Putin has been waiting years for an opportunity to regain an upper hand on the U.S. after decades of being a second-rate power following the end of the Cold War.

And with the ‘election’ of Joe Biden, Putin’s dreams of dominating the world again have been revitalized.

Because our ‘president’ is geriatric and unable to fully function because he’s obviously suffering from dementia, Putin is going to push early and often, making moves he never would have under the real president, Donald Trump.

Earlier this month he prompted concerns at the Pentagon and throughout a neutered NATO when he sent thousands of troops and hundreds of tanks to the border with Ukraine, a country larger than most in Europe but mostly corrupt and equipped with a military that is no match for the Red Army (Ukraine also does not have nuclear weapons).

Now, Putin has deployed a real-live “doomsday weapon” to the Arctic, where Russia has, for years, been building up its forces by reactivating and improving old Cold War bases (the Trump administration was countering those moves, by the way, but Putin obviously doesn’t believe Biden’s handlers have the stomach that Trump did).

“Kremlin defence chiefs are testing their latest weapons in waters that until recently were frozen over as Russia attempts to secure its northern coast and open up a key shipping route from Asia to Europe,” the UK’s The Express reports. “The powerful Poseidon 2M39 torpedo, nicknamed the ‘Doomsday Nuke’ because of its terrifying capabilities, is among the new arsenal undergoing tests in the northern oceans.”

Defense experts and Western officials are already voicing concerns about the so-called “super-weapon” while the Biden regime is purportedly watching “very closely” after satellites caught images revealing new expansion efforts of existing military bases, to include “an underground facility that could be used to house the Poseidon” weapon, The Express added.

The unmanned drone-like nuke is powered by a small nuclear reactor which means it is ultra-quiet and exquisitely designed to avoid U.S. and NATO sea-floor coastal sonar nets.

Russian defense officials have boasted that the weapon is megatons powerful and able to create tsunami-sized waves filled with radioactive materials that would wash ashore and leave uninhabitable coastal regions in the U.S. (which would include Washington, D.C., by the way) for centuries, not to mention kill hundreds of thousands right off the bat, thanks to cancers and other radiation-caused illnesses.

Former U.S. Assistant Secretary of State for International Security and Non-Proliferation Christopher Ford told The Express that the Poseidon is real and is designed to “inundate U.S. coastal cities with radioactive tsunamis.”

“Vladimir Putin has demanded regular updates on the progress of the missile’s sea trials from his defence minister Sergei Shoigu,” The Express reports.

While he was still in office, Trump ordered the Pentagon to send its most advanced fighter planes to Alaska and other Arctic bases to counter what was obviously a Russian move to dominate the region.

In an Op-Ed featured in Defense News in 2019, then-Air Force Secretary Heather Wilson and Chief of Staff Gen. David Goldfein detailed how important it was to put the F-35 on bases in the region as the Arctic was attracting growing interest from both Russia and China. They wrote that Alaska would become “home to more advanced fighter jets than any place on Earth.”

“Almost a decade before the Japanese invaded the Aleutian Islands, Gen. Billy Mitchell advocated building airfields, telling Congress: ‘Whoever holds Alaska will hold the world,’” they wrote. “Even then, the Arctic was strategically important, and Mitchell’s words underscored the role of airpower in the region. … Today, technological advancements by potential adversaries are making this once forbidding border increasingly porous.”