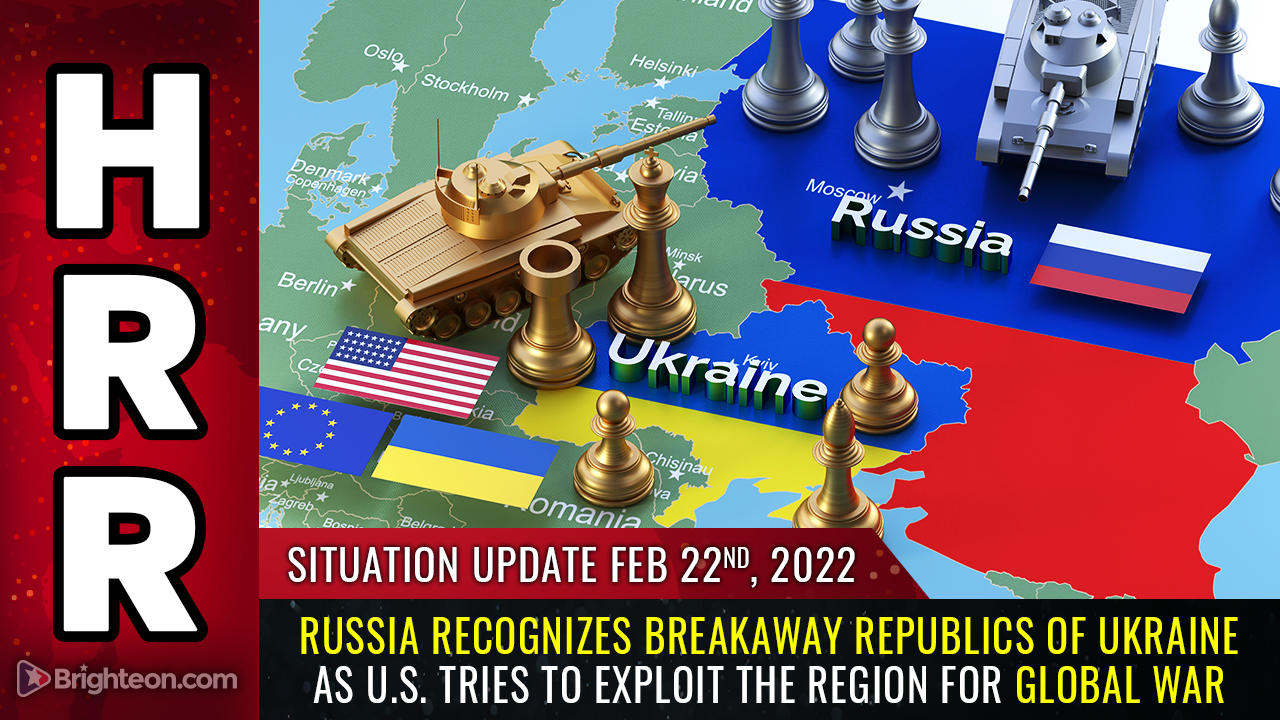 (Natural News) As is being widely reported across the media today, Russian President Vladimir Putin has signed on to Russia’s recognition of the individual states of two breakaway regions wishing to leave Ukraine: Donetsk and Luhansk.

These regions, with literally centuries of history existing as part of Russia, have reportedly signed a mutual defense treaty with Russia and are asking Russia for assistance in defending themselves against Ukraine, which doesn’t want the regions to separate from Ukraine.

The Donetsk and Luhansk regions are known to be rich in mineral resources as well as agricultural production. Ukraine wants to maintain its hold over the region in order to possess those mineral and agricultural resources, while Russia wants those regions to return to “Mother Russia” (as they once were) as part of a strategy to place more geographical buffers between Russia’s border and NATO forces which continue to expand eastward, toward Russia.

As I explain in today’s Situation Update podcast (below), it is impossible to understand the situation with Ukraine unless you study the history of World War II. The map below shows some of the Nazi regime’s eastward expansion toward Russia, where military front lines were heavily concentrated in present-day Ukraine. Hitler desperately needed Russia’s iron ore (to make steel) and fossil fuel resources in order to fuel the Third Reich’s global expansion efforts. This sent the German Sixth Army (6A) deep into Russia to threaten Stalingrad and attempt to seize bridges crossing the Volga River, securing Hitler’s access the central Russia.

The Russian people fought back at Stalingrad in a bitter, fierce and bloody war that was fought door-to-door using crude weapons such as rakes, hatchets and improvised blunt force weapons. Ultimately the German Sixth Army was surrounded and cut off from supplies in the brutal winter of 1942-43, leading to the surrender of the Sixth Army and a costly victory for Russia against western aggression.

Today, NATO consists of modern-day Germany, which is led by an actual Nazi fascist named Angela Merkel, who is a former East German intelligence operative. The threat of NATO forces moving eastward as aggressors against Russia continues to this day, with national leaders like Macron, Merkel and others now being trained and influenced by the World Economic Forum (Klaus Schwab), a Nazi-like Marxist organization that seeks global domination and one world government.

Essentially, NATO is the Fourth Reich. And Russia sees the threat NATO poses against peace and security across the world.

Thus, Putin is correct in assessing that NATO and Western forces are once again back to the same tactics Adolf Hitler pursued in World War II. And the existential threat against Russia is quite real. Additionally, Western nations are aggressively attempting to cut off Russia from global economic activity through the use of sanctions, which are a precursor to war. Thus, NATO nations are the aggressors here.

You can see a hi-res version of this map at this link. 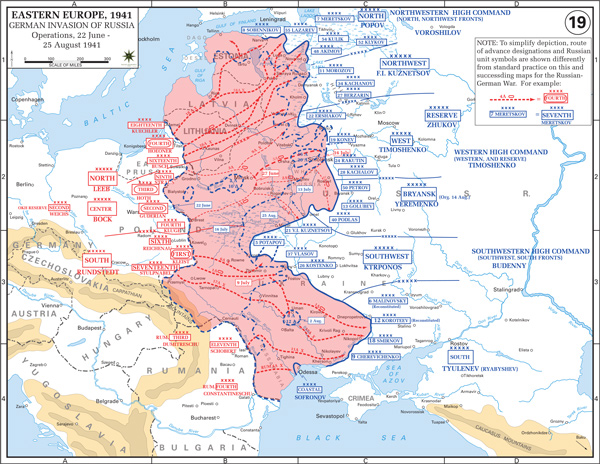 Why Joe Biden wants Russia to attack the USA

To fully understand the dynamics at play here, we also have to realize that Biden’s handlers (Obama, etc.) want and need Russia to attack the United States in order for Biden to declare a war emergency to grant him more domestic power, in much the same way that Trudeau invoked the Emergencies Act to obliterate civil rights and due process in Canada.

That emergency would help explain away inflation, supply chain disruptions, rising homelessness, skyrocketing crime rates and other serious problems stemming from failed Democrat policies in America… policies which are leading to the rapid collapse of blue cities like Seattle and Portland.

More importantly, Biden could use wartime powers to suspend elections and attempt nationwide gun confiscation as a step toward turning America into an authoritarian dictatorship like what Canada has now become. Nullifying the Second Amendment and confiscating guns is the key step to achieving totalitarian control over the American people, and so a very large crisis must be invoked in order to try to justify that gun confiscation effort.

We believe Biden’s handlers plan to engage Russia in conflict and then launch their own deep state cyber attack false flag on America’s infrastructure. This cyber attack would likely target one or more of the following:

These engineered cyber attacks would, of course, be immediately blamed on Putin and Russia, and the subsequent riots and mass deaths that would follow — due to mass starvation, violent assaults, etc. — could all be blamed on Russia.

And just like that, all the covid vaccine deaths could be swept under the rug due to far more immediate and larger emergency of witnessing the collapse of U.S. infrastructure.

This is how globalists operate: They create a new emergency to bury the evidence of genocide they carried out in their previous emergency.

Even worse, a false flag cyber attack on the power grid would also achieve the total shutdown of alternative media and social media (think Truth Social), isolating the American people from each other and depriving them access to new information from “unapproved” sources.

I cover all this and much more in today’s powerful Situation Update podcast: