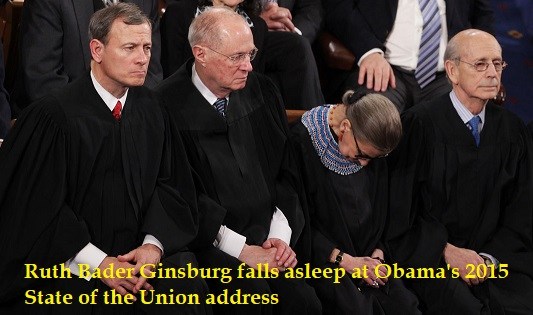 For that, SMO was slimed as fake news by Snopes, but Snopes was wrong.

On December 21, 2018, Ginsburg underwent surgery to remove two cancerous growths on her left lung. She had had two previous bouts of cancer: she was treated in 1999 for colon cancer and had surgery in 2009 for pancreatic cancer.

Although Ginsburg’s people insisted that Ginsburg was recovering nicely from the surgery, she had not returned to the bench since.

The Trump administration evidently has better knowledge than the Hate America MSM.

It was reported on January 10, 2019, that the Trump White House was reaching out to political allies and conservative activist groups to prepare for Ginsburg’s death or departure from the Supreme Court.

Five days later, on January 15, San Diego Monitor once again is the first to break the news.

In a report that reads like an obituary, SDM‘s Stan Greene writes that 85-year-old Ginsburg is “stricken with pneumonia” and “will retire from the U.S. Supreme Court in January 2019,” and that “President Donald J Trump will be replacing Notorious RBG, the lovechild of the left, and so will remake the Supreme Court for a generation.”