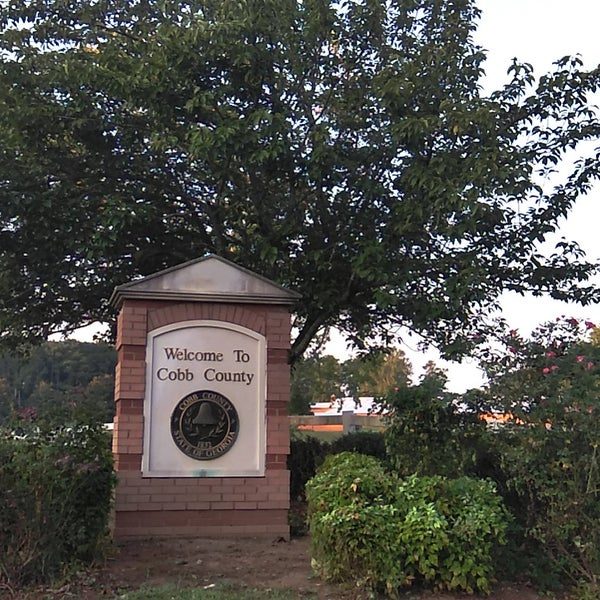 It’s almost as if no one wants to live around the diversity they are forced to publicly celebrate as America’s greatest strength. It’s almost as if people realize certain non-white segments of American society lead to the degradation of property value, quality of schools and commercial investment in a community.

It’s as white people, in the face of increasing diversity, still yearn for self-determination. [Georgia Cityhood Push Divides: White Flight or Self-Rule?: Georgia’s Republican-controlled state Legislature has passed legislation that would give three mostly white areas of a metro Atlanta county the chance to form their own cities this year., AP News, March 3, 2022]:

In the 2020 election, Jerica Richardson and two other Black women gave Democrats control of the commission overseeing this affluent suburban Atlanta county for the first time in decades.

Now, the Republican-controlled state Legislature has passed bills that would give three largely white parts of the county a chance to form their own governments during Georgia’s primary elections ahead of the midterms.

The new cities would take over key parts of the county’s decision-making power. Two of them would be in Richardson’s district, which GOP lawmakers have also reconfigured in a way that draws her out of her seat.

Two of the cityhood efforts reflect a “pattern of backlash against the election of three Black women to the Cobb commission,” said State Rep. Mary Frances Williams, a Cobb County Democrat.

“I can’t speak to the hearts and minds of my peers,” she said in a recent phone interview. “Certainly some things don’t quite add up.”

Georgia catapulted into the U.S. political spotlight in 2020 with President Joe Biden’s victory in the state and the election of two Democratic senators weeks later that gave the party control of Congress. This year’s midterm elections are sure to sustain the attention, with one of the Senate seats up for grabs, former President Donald Trump roiling the GOP gubernatorial primary and Democrat Stacey Abrams running again for governor.

But the fight for Georgia runs deeper. Over the objections of Democrats, the state Legislature has overridden local officials to redraw district maps for county school boards and commissions, including in Cobb County. Many Democrats have also opposed the legislation to hold referendums on creating the three cities in Cobb — Vinings, East Cobb and Lost Mountain — and carving out the tony Buckhead area from Atlanta.

Supporters of the three Cobb County city proposals say race and politics have nothing to do with their efforts. Cobb — home to the Atlanta Braves’ stadium — lies about 20 miles (32 kilometers) northwest of Atlanta and is one of the most populous counties in the state, with more than 760,000 residents stretching over 340 square miles (880 square kilometers).

The county’s population has grown too much to be adequately represented by a five-member commission, said Republican State Rep. Ginny Ehrhart, a sponsor of the Lost Mountain legislation.

“The underlying principle is that people want representation close to home,” she said.

Lost Mountain in western Cobb County would have a six-member City Council for roughly 76,000 people — a population figure that would make it the 12th largest city in the state. The county commissioner for the area represents a population of 200,000 people, according to Ehrhart. East Cobb and Vinings would also have a much smaller ratio of population to elected representatives.

The three cities would each take over planning and zoning, code enforcement and parks and recreation from the county. East Cobb would also create its own police and fire departments.

On a recent Monday morning, shoppers trickled into The Avenue, an outdoor mall with a Williams Sonoma and Pottery Barn in the proposed East Cobb boundaries. A few miles away, a sign urging voters to form the city stood on a lawn in a subdivision of million-dollar homes along the Chattahoochee River. Gov. Brian Kemp signed the East Cobb bill into law Feb. 15, setting up a May referendum.

The cityhood effort there preceded the new county commission, said Cindy Cooperman, part of a group of local residents advocating for the new city.

“It really is about bringing an idea to the table whose time has really come,” she said.

Opponents worry it will raise costs and reduce the quality of fire service.

“It’s a solution looking for a problem,” said Mindy Seger, with the East Cobb Alliance.

Seger said she thinks politics and race are factors in some people’s support for a new city. But she said that reaction is also galvanizing opponents.

Cobb County has long resisted an extension of the region’s commuter train system, MARTA, with some residents citing concerns it will lead to urban growth. Supporters of the Vinings, East Cobb and Lost Mountain efforts have similarly argued that they want to preserve the suburban character of their areas. Ehrhart has touted western Cobb County as a place where “there are still horse farms.”

Those arguments appear neutral on issues of race, but they have racial implications in metro Atlanta, said Michan Connor, a scholar at George Washington University who has studied cityhood efforts in the region.

Cobb County and other nearby suburban areas owe their massive population growth in part to an exodus of white residents from the city of Atlanta during the 1960s and ’70s over concerns about the civil rights movement and desegregation, Princeton University historian Kevin Kruse writes in his book “White Flight.” The newcomers opposed low-income housing and transit initiatives such as MARTA that they feared would connect them to Atlanta and its minority populations, Kruse says.

Since 2005, voters have approved more than a half-dozen new cities in the region, many of them in those majority-white suburbs. Maintaining the suburban character of those areas means continuing housing and transportation policies that have traditionally excluded Black people and other minorities, Connor said.

“They can say, ‘We’re homeowners, taxpayers. We want to preserve the kind of community we live in,’” he said. “But the history of racism in Atlanta is a material factor in all of those identities.”

Cobb County has become more diverse in recent decades, with non-Hispanic white residents making up just over 51% of the population today, compared with more than 85% in 1990. But in the area that would become East Cobb, white residents would represent more than 70% of the population, according to county estimates. Vinings and Lost Mountain would also have a significantly higher percentage of white residents than the county as a whole. Those two cities’ median incomes would exceed $110,000, compared with $78,000 for the county.

State Rep. Ed Setzler, a Republican sponsor of the East Cobb and Lost Mountain cityhood referendums, pushed back on demographic concerns, saying at a legislative hearing in January that he would also support a referendum on cityhood for Mableton, another area of Cobb County that is mostly Black and Hispanic.

A bill for Mableton is pending at the state Capitol but has yet to be voted on by the full House or Senate. The Vinings and Lost Mountain proposals have also been signed by the governor and are set for May referendums.

County officials say their $1 billion budget would take a $41 million hit if all four cities formed.

When white people get a chance to vote for embracing the diversity they are mandated to publicly affirm is America’s greatest strength, they instead vote for self-rule and self-determination. We see this happening all over Metro Atlanta, in counties, suburbs and communities where only white people lived three decades ago, but are now majority-minority.

This same thing is happening all over the country, a micro reminder the vast majority of white people privately understand diversity is no great strength, but a bludgeon to reduce the equity in an individual’s home.

After all, property values for single-family homes are the greatest reminder race is not only real, but equality is the social construct.