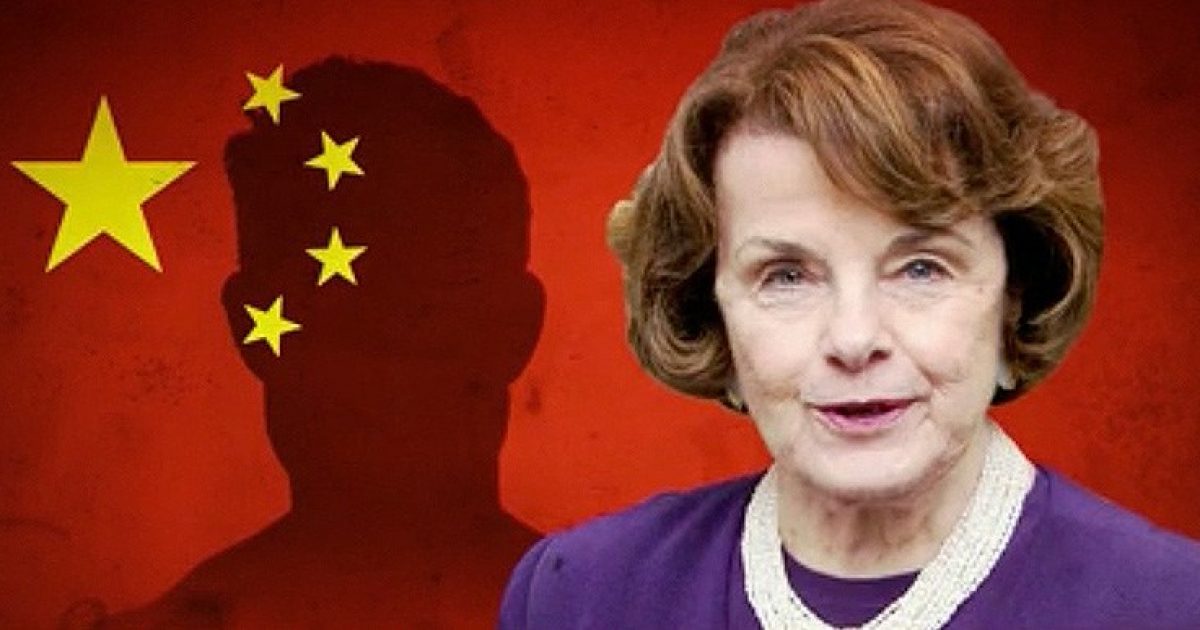 On Friday, Senator Dianne Feinstein (D-CA) tweeted out numbers that she clearly didn’t come up with herself but pretty much took word for word from The Washington Post’s report on various “gun violence experts” that claim gun bans work. The problem is that her claim comes from one man, and she doesn’t present the entire picture of what takes place when you introduce mass gun bans.

OK, first, she pulled this from the CIA-tied, Jeff Bezos-owned Washington Post, which included a section on Louis Klarevas of the University of Massachusetts at Boston and his book “Rampage Nation.”

According to Klarevas, “You would see drastic reductions in what I call gun massacres” with the return of the 1994 federal assault weapons ban.

However, while he defines “gun massacres” as six or more people shot and killed, what is not mentioned in the particular firearms used to commit the crimes. After all, the majority of crimes committed with a gun do not include what Feinstein and her lemmings refer to as “assault weapons.”

Here’s the part that Feinstein pretty much lifted to tweet:

While Klarevas mentions high capacity magazines factoring in as far as a ban, he apparently produces no evidence of weapons used in the shootings being tied to that. Furthermore, if someone wants to simply bypass that issue, they can bring many weapons that fall under the prescribed legislation that seeks to restrict and regulate the keeping and bearing of arms, which is a violation of the Second Amendment.

Senator Feinstein hasn’t done any research on the matter. She merely parrots whatever she wants to parrot despite the fact that she doesn’t tell you the who story.

Following the shooting in Texas last year, Feinstein introduced another assault weapons ban bill saying, “This bill won’t stop every mass shooting, but it will begin removing these weapons of war from our streets. Yes, it will be a long process to reduce the massive supply of these assault weapons in our country, but we’ve got to start somewhere.”

No, you need to follow the Constitution! And since it won’t stop mass shootings in the least, it will do no good. Let me quote from a previous article I wrote a few years back regarding things Feinstein did not tell you occurred when her ban was lifted in 2004.

The original piece was written back in 2012, long after Feinstein’s unconstitutional legislation saw its end.

Nearly 20 years later, would you think that the United States violent crime has increased or decreased, especially in light of the fact that there are hundreds of millions of guns in our country? If you said “increased,” you are wrong, dead wrong.

According to the FBI’s CIUS report on Murder Victims by weapon, the total number of firearms used to commit murder in 2011 were 8,583.

This number is down by about 1500 from 2007 and I might add, without an “assault weapons ban.” The report also indicates the kinds of firearms used in these murders: Handguns, rifles, shotguns, other guns, firearms (not stated). Of the 8,583 murder in 2011 committed with a firearm, only 323 rifles were used. The AR-15 and other rifles, referenced as “assault weapons” by the Left, are a subset of that 323.

But don’t take my word for it. Look at the FBI’s own numbers through 2017 and see if you think Feinstein’s claims really should be believed in light of what it actually produces: more violent crime.

If what she says is true, there should be an effect, but that doesn’t happen, does it? And she isn’t about to tell you that.

The fact is that because people use a tool to commit a crime does not mean banning that tool will stop such crimes. It just means the criminal will find new means to commit the violent crime, and this is what Feinstein will never tell you because it exposes the lack of logic she possesses and to cite the Second Amendment exposes her lawlessness.

The incredible Bill Whittle did an amazing video just a couple of years ago demonstrating that the things I presented above in a concise presentation in which he showed that despite the fact that America leads the world in gun ownership, we aren’t even listed in the top 100 countries for murder rate… unless maybe you support what Dianne Feinstein and others support, and that is the holocaust of American babies murdered every year.

This doesn’t just apply to America. In that same report, I pointed out what took place over in England with their gun ban.

Take a look at the Home Office Statistical Bulletin, which gives the crime numbers for England and Wales for 2011/12. Keep in mind that these numbers will be the lowest in the UK as separate crime stats are kept for Northern Ireland and Scotland, which have higher numbers than the ones in this report.

England and Wales have a combined population of about 56 million.

England and Wales do have a smaller murder rate than the United States, which is around 1.3 per 100,000. However, what we are not told in the discussion is what instruments are used to commit the murders or the violent crimes that are listed. Clearly the disarmed UK public has a higher rate of violent crime than the mass-armed citizenry of the United States. This is important, because from those of us who advocate that people be allowed to defend themselves, a firearm is the very best means of doing that. Additionally you carry a firearm in hopes that you never have to use it.

Additionally, keep in mind that in the United States we have 186 metropolitan areas where the population is 250,000 or greater. In the UK, they have only 32.

So what is the moral here? Less guns do not mean, less violent crime.

Additionally, Feinstein will never tell you about places throughout the world that have far stricter gun control that the representatives of the US have unlawfully imposed, and the results have been beyond anything we’ve seen in America.

Let Feinstein defend the disarming of the people and bring those instance up to her!

I believe the reason Feinstein wants to take our guns is because she is afraid. She’s a fearful woman, and so are other Communist-minded senators, like Connecticut’s Chris Murphy, and she demonstrated this with her ridiculous claims during the Kavanaugh hearings. However, the law is to be based upon the moral law of God, not fear.

Keep in mind that this is a woman that had a Communist Chinese spy as her driver and adviser for two decades. Do you really want to trust her with anything in government, let alone protecting your rights?

The issue is not a particular gun. It’s not about how many bullets you carry or the capacity of the magazine. It’s all about the heart. And for the criminal, they have a darkened heart that’s just as darkened as Senator Dianne Feinstein’s heart when she seeks to commit crimes against the people and the Constitution by infringing on law-abiding citizens’ rights. The only cure for such a thing lies in the Gospel of Jesus Christ, which was based on the Law of God, the person and work of Christ and was the foundation of America once upon a time. In fact, that was what made America great!