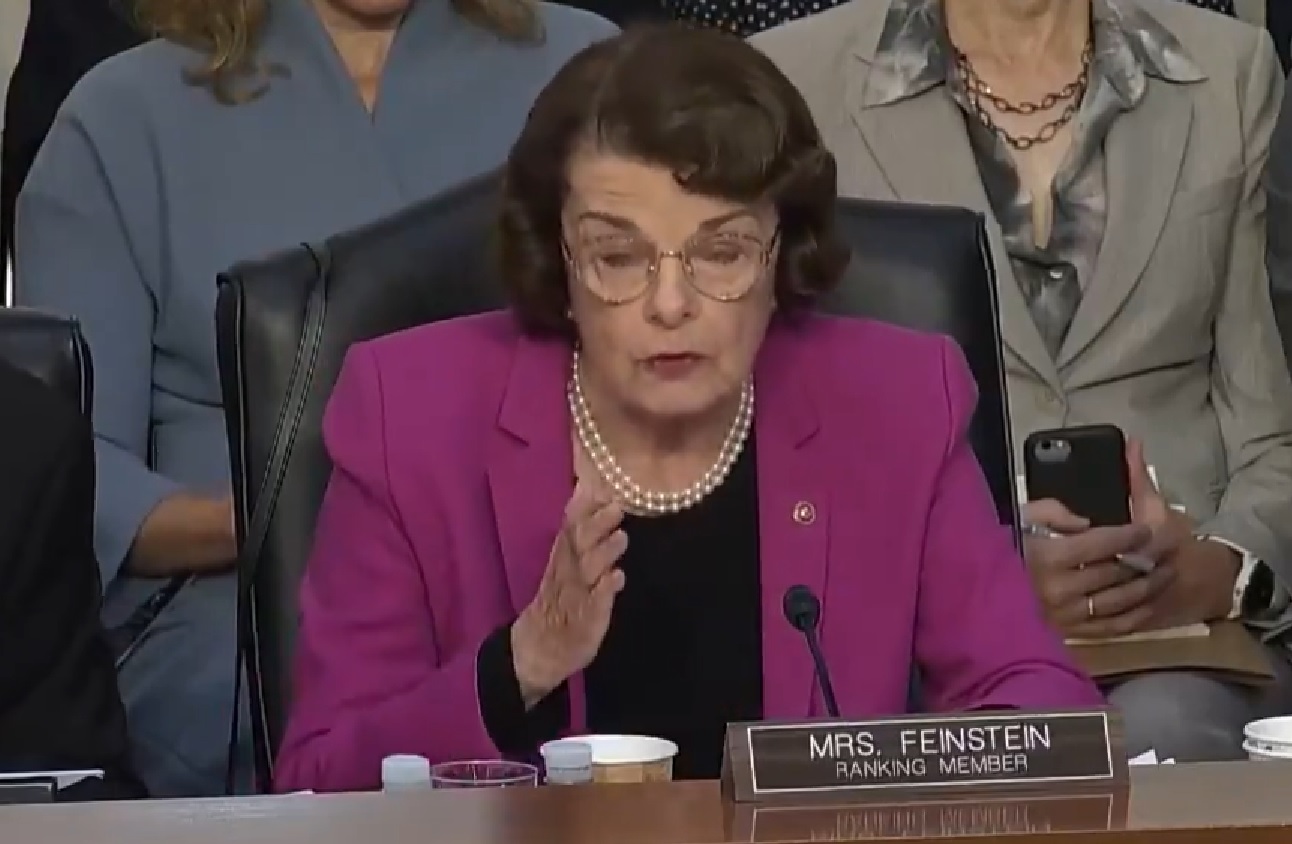 The irrationality of Communists is utterly amazing. In the latest evidence of a lack of logic or rational, critical thinking to come from Communist and hirer of Chinese spies, Senator Dianne Feinstein (D-CA), she said the Supreme Court nominee Brett Kavanaugh was way beyond “pro-gun” and that if he was confirmed “assault weapons” bans would stop and more people would be shot and killed.

ABC tweeted out a video clip of the hearing in which Feinstein reverted back to the time before the Supreme Court’s immoral ruling in Roe v. Wade saying, “I saw what happened to young women who became pregnant.”

"The president that nominated you has said, 'I will nominate someone who is anti-choice and pro-gun.' We believe what he said." https://t.co/iLPlbFnv5v pic.twitter.com/FFDh68gtX0

What happened to them, Mrs. Feinstein? Of course, we were not told.

“The president that nominated you has said, ‘I will nominate someone who is anti-choice and pro-gun.’ We believe what he said,” she added.

“It’s pretty clear that your views go way beyond simply being ‘pro-gun,’” she added.

Of course, she claims the women “won” something with the Roe decision, calling it a choice and equating it to privacy rights, but she never tells you what the choice is and she never discusses the rights of the individual who is murdered by that choice, does she?

The lie that abortion became legal in all 50 states due to a SCOTUS ruling is just that, a lie. All legislative authority resides in Congress, not the courts and a ruling in one case is not a blanket ruling.

“The impact of overturning Roe is much broader than a woman’s right to choose,” Feinstein said. “It is about protecting the most personal decisions we all make from government intrusion. … I deeply believe that all these cases protect Americans from over-involvement of government in their lives.”

Feinstein noted in her opening remarks that she was able to “see both sides, the terrible side and the human and vulnerable side” of abortion in the ’50s and ’60s, when she worked under California Gov. Pat Brown and had to “sentence women who had committed abortions … and granted them paroles.”

She [Feinstein] said Kavanaugh has concluded that banning assault weapons is unconstitutional because they haven’t historically been banned, accusing his reasoning of being “far outside the mainstream of political thoughts.”

The California senator then referenced the number of school shootings since the 2012 shooting at Sandy Hook Elementary School, saying there have been 273 school shootings, a number that appears to be as of February.

“If the Supreme Court were to adopt your reasoning,” she said, “I feel the number of victims would continue to grow. Even [former Supreme Court Justice Antonin] Scalia understood that weapons that are most useful in military service can in fact be regulated.”

But the Constitution allows for no such regulations. It allows for the regulation of the militia, but no the right of the people to keep and bear arms.

Sadly, Feinstein is a great exaggerater, much like most gun grabbers.

Ironically, a study by University of Alabama associate professor Adam Lankford found 90 mass shootings–including mass shootings at schools–during the years 1966-2012. Feinstein, on the other hand, is claiming 273 shootings in schools alone during a five and half year time frame.

Moreover, Feinstein is pointing to AR-15s and other commonly owned semiautomatic rifles as causal in the continuation of attacks on gun-free schools. But on May 30, 2018, Breitbart News showed that mass attackers use handguns over “assault weapons” by a 3 to 1 margin.

Of course, Feinstein is not the only one misrepresenting shootings, NPR discovered that 66 percent of school shootings in 2015-16 that were reported by the Education Department never occurred.

Confirming Kavanaugh will probably not reverse Roe v. Wade nor will it cause more people to be shot. Far more people are shot an killed every week in a city in the US that has instituted the most tyrannical gun laws in our nation, Chicago. But Dianne Feinstein would have us follow their model, hoping for different results.

Can you say insanity?