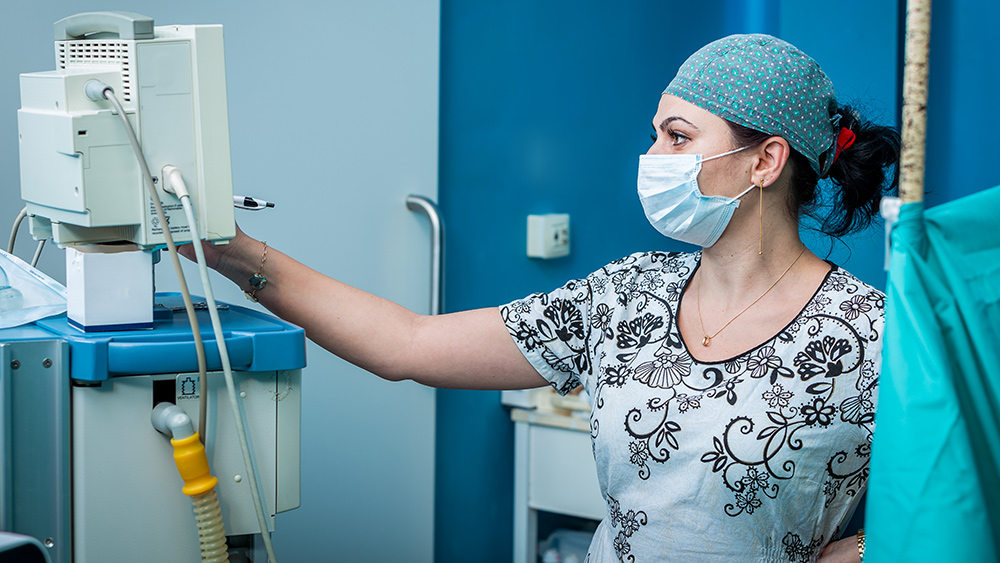 (Natural News) Scott Schara, the father of a 19-year-old girl with Down syndrome who died due to hospital negligence, said the world is at the beginning of a holocaust and hospitals are being used to implement it.

Schara’s daughter Grace died in the hospital a few days after she tested positive for the Wuhan coronavirus (COVID-19). She was admitted to St. Elizabeth Hospital in Wisconsin, given a deadly combination of precedex, lorazepam and morphine and ultimately given an illegal declaration of Do Not Resuscitate (DNR) order.

“The doctors and nurses in the hospitals receive immunity from liability for killing people that continued along with the bonuses that they pay hospitals for following these agendas that literally murder people,” Schara told host Sean Turnbull during his recent guest appearance at the “SGT Report.”

Since the death of his daughter, Schara has been deep into investigations into the real reasons why there was gross negligence in hospitals. It was also important to note that Grace didn’t have an advocate for 44 hours because Schara was taken out of the St. Elizabeth Hospital for questioning the protocols.

“It was this time that they increased the dose of a sedation drug precedex seven different times. These sedated my best buddy instead of taking care of her. The package insert says specifically to not use that drug for more than 24 hours because it causes acute respiratory failure. And so the first cause of death on Grace’s death certificate was acute respiratory failure, which was directly caused by the hospital using that drug,” he said.

According to Schara, the hospital received a $7,500 bonus for listing that as the first cause of death. Listed as the second cause of death was COVID-19 pneumonia, and St. Elizabeth has received a $13,000 bonus for that. He said the second cause should have been the overdose of precedex, which the hospital ratcheted up to 14 times the original dose.

The hospital also ordered Grace to use the ventilator, but the family refused. The Scharas later found out that the use of a ventilator would have earned the hospital up to $300,000.

Grace’s care provider listed that she had Down syndrome 36 times in 22 doctor’s reports during the week that she was in the hospital, Schara said.

“It shouldn’t change anything with the standard of care. But they’ve already been indoctrinated through the ‘banality of evil’ that Down syndrome people are worthless eaters and they don’t have a benefit to society,” he pointed out, highlighting that she was a clear target of the depopulation agenda and same as with the elderly. (Related: The Dr. Ardis Show: DNR orders in hospitals conceal government’s mass genocide agenda, says Scott Schara – Brighteon.TV.)

The term banality of evil was coined by philosopher Hannah Arendt to dub the characteristics of Adolph Eichmann, who was “not inherently evil, but merely shallow and clueless.” Eichmann was a Nazi operative who organized the transportation of millions of Jews to various concentration camps in support of the Nazi’s Final Solution.

He also linked the current healthcare methodology with Stanley Milgram’s experiment, which showed what a person would do when ordered by the authority to kill somebody.

“Back in 1963, two-thirds of the people participating [in Milgram’s experiment] would have killed the other person just by receiving an instruction from their supervisor. In the case of the hospital, they’ve already been indoctrinated to get the jab on the threat of losing their job. And then you’ve got to follow these protocols on the threat of losing your job,” Schara said.

Both Schara and Turnbull advised listeners to be very careful if somehow they end up in the emergency room.

Grieving father reveals how hospital COVID protocols led to maltreatment and death of his disabled daughter.

Father forced to leave hospital, witness daughter’s death on FaceTime … all due to outrageous covid restrictions.

Hospital homicide: Wisconsin medical facility REFUSED to revive patient despite instructions to do so.