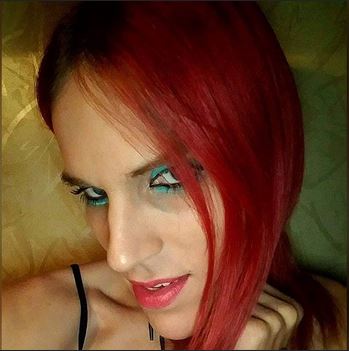 On Sept. 8, 2020, Aria DiMezzo, a man who calls himself a “she-male” “transsexual Satanist anarchist” and has the title of “High Priestess of the Reformed Satanic Church,” won the GOP nomination for county sheriff in Cheshire County, New Hampshire.

DiMezzo is not even a Republican, but describes himself as a libertarian. His campaign slogan was “Fuck the Police.”

According to Inside Sources, DiMezzo is a member of the Libertarinan group “Free Keene” and therefore, was able to get into the ballot. Cheshire County GOP chair, Marilyn Huston, said that “(DiMezzo) did very well with the primary and that was wonderful. If you look at their social media and their political statements they really do not fall in line with the Republican message.”

DiMezzo wrote in his blog about all the hate mail he’s received since news got out of his nomination:

“So you’re mad. I get it. I promise you: I get it. You feel betrayed. You may even be wondering how the party that you so believed in could do something like this. But, odds are, you’re blaming me. Most people are probably angry at me, and blaming me for all this. That’s silly. I was always upfront about who I am. The good man in Rindge who looked into me found out everything he needed to know with a simple Google search. There it was, plain as day:

Anarchist. Shemale. Tranny. Libertarian. ‘Fuck the police.’ Free Talk Live. Bitcoin. Reformed Satanic Church. Black Lives Matter … I went into it expecting that I would lose the primary to a write-in candidate, because I didn’t think that so many voters were just… completely and totally oblivious about who they are voting for.

Because the fact is that you didn’t bother. You trusted the system. You trusted the establishment. You trusted the party. You felt safe. You were sure that there must be some mechanisms in place to prevent from occurring exactly what just occurred. Your anger is misplaced if you direct it at me…

More than 4,000 people went into the voting booth on September 8 this week, and they all filled in the circle by my name despite knowing absolutely nothing about the person they were nominating to the most powerful law enforcement position in the county. That’s a level of recklessness of which any decent human being should be ashamed.”

According to the 2010 U.S. Census, Cheshire County, NH, is overwhelmingly white and middle class (Wikipedia):

If “Aria DiMezzo” is a fictitious name, then Cheshire County GOP should remove him as nominee.