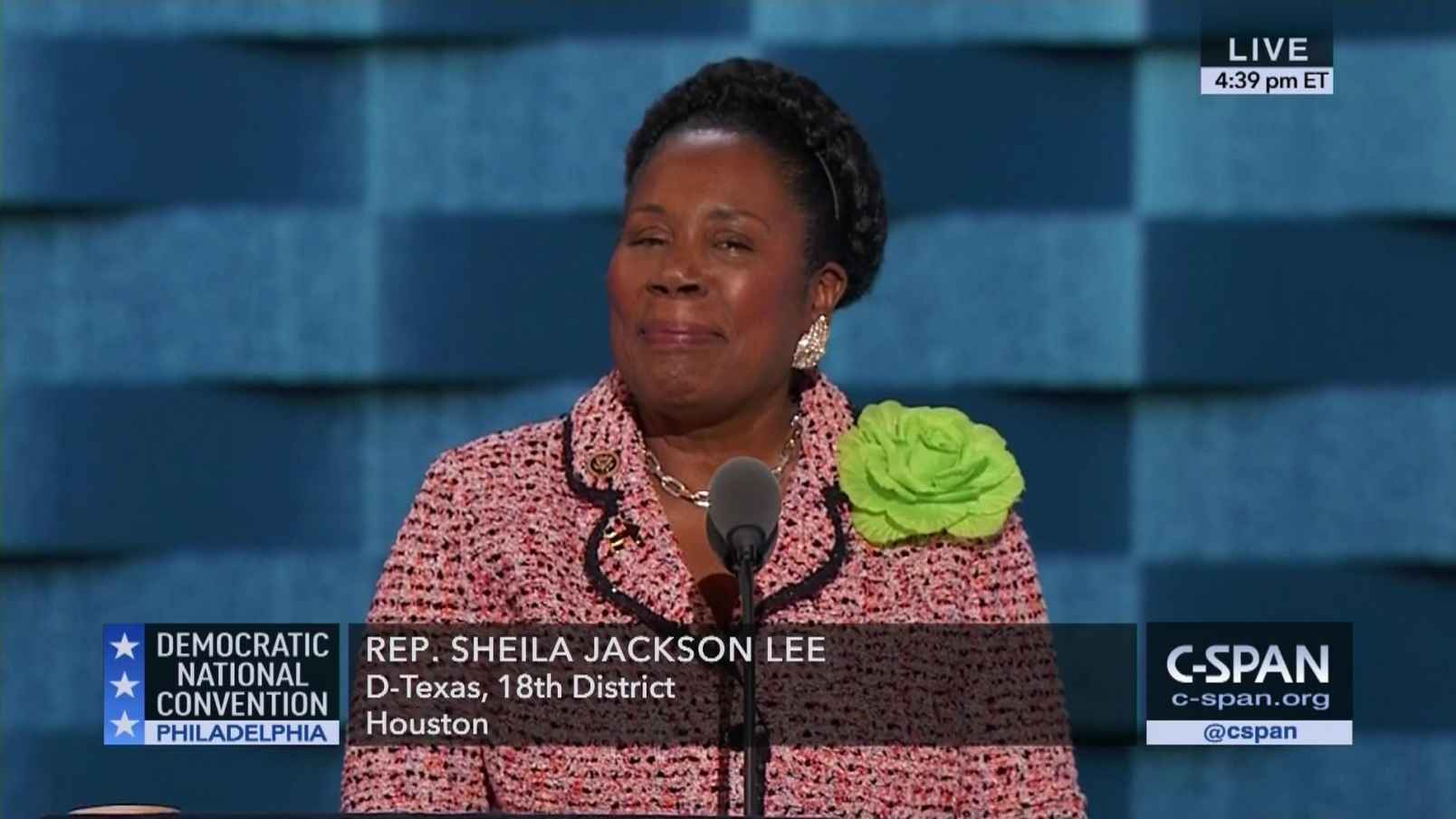 But then there’s just this truly terrible case of confusion.

Rep. Sheila Jackson Lee is refusing demands to step down as leader of the Congressional Black Caucus’ nonprofit arm amid claims she fired one of her congressional staffers over rape allegations.

Jackson Lee was told by the CBC Foundation’s board to resign during a lengthy call on Thursday night, according to two sources with knowledge of the conversation. Jackson Lee resisted those demands, and the call abruptly ended as other board members were trying to figure out how to continue the conversation without the Texas Democrat.

According to the lawsuit at the center of the controversy, the former staffer, identified only as Jane Doe, alleges that she was fired from Jackson Lee’s office last year after she indicated that she wanted to pursue legal action against a man whom she says raped her when she was an intern for the CBCF. The man worked as intern coordinator for the CBCF at the time of the alleged incident.

Jackson Lee has been a top proponent of the Violence Against Women Act, which lapsed amid the ongoing partial government shutdown. The landmark legislation funds resources for victims of domestic violence and other violent crimes against women. The 13-term Texas congresswoman, a senior member of the House Judiciary Committee, was also in line for a subcommittee gavel in the new Democratic majority.

Did Rep. Sheila Jackson Lee somehow decide that the Violence Against Women Act that she was championing was a how-to guide?