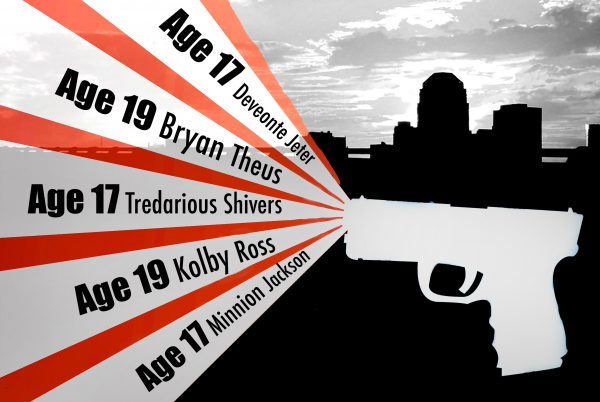 It doesn’t matter the city. The variable is always the same.

Sadly, the killing of three Black men in Shreveport this past Monday night is a continuing trend. A few days prior to those killings, two black men were killed, and another was wounded, and prior to that a black man was killed and his friend was gravely wounded. This is what Shreveport citizens are inundated with on a daily basis, along with the daily death count for the Coronavirus, which is also affecting black communities disproportionately. The plague of black on black crime is devastating, and must be addressed Holistically.

It is just too much for some people to process and deal with, but they go on without the benefit of mental or psychological intervention, which is sorely needed. There are people in these neighborhoods experiencing classic symptoms of PTSD, and they need help. There are too many guns in the hands of people who should not have them. Real efforts like the ones that the Mayor and Chief have implemented to round up guns and the felons who use them is a good place to start.

In a recent column, John Hudgins of the Baltimore Sun wrote this: “We must realize that some black people are a much greater threat to other black people than the Ku Klux Klan or the White Citizens’ Councils. The number of blacks gunned down in the streets by other Blacks parallels our memories of the many Blacks lynched in communities across the United States after Reconstruction. This is a devastating plague acutely affecting black communities across the country.” That is a heck of a statement; but sadly, it is a true statement.

Recently in Shreveport, the evening news led off with six stories that involved Black men killing someone or being killed. It was a depressing six minutes that has become the norm in Shreveport and other cities across the country, large and small. As one Queensboro resident recently said, the neighborhood has become a war zone with gun shots ringing out through the night and people running for cover in their own homes. It is something that should never happen in an American city, but it is happening almost every night in Shreveport. It is tragic. Black on Black violence has become an epidemic in America, and it seems as though no one is listening to the cries of the people in these communities.

Freedom of Association simply means White America opts out of this insanity.