After just 4 days, federal workers are flocking to social media to share heart-wrenching stories of the misery and pain that they are suffering through because of the current government shutdown.  As you will see below, it is being claimed that some federal workers were actually forced to return Christmas presents just so that they could afford to pay their mortgages, others are claiming that President Trump “destroyed Christmas”, and the wife of one federal worker says that she is going to have to kill her cat if this shutdown goes much longer.  You couldn’t make this stuff up even if you tried, and it makes one wonder how these people would survive if a real national crisis actually erupted.

The truth is that thousands of federal workers are currently experiencing a paid vacation over the holidays, and ultimately their annual pay won’t be a penny lower than it otherwise would have been.

Other federal workers are currently working without pay, but they will get paid later.  Like the above group, their annual pay will be just the same as if the government never experienced a shutdown at all.

But if you go to social media, you would be tempted to believe that America had just entered the apocalypse.  Here is a sampling of some of the comments under the #ShutdownStories hashtag on Twitter…

On the first day of the shutdown, one federal worker was “obsessively” checking his bank accounts…

Instead of working, he was forced to have brunch with friends, eat his mother’s cookies and fall asleep watching television.

How much suffering can one person take?

And if he has multiple “bank accounts”, he must not be hurting too much.

@TeaPainUSA whenever I talk about my air traffic control husband working without pay on Twitter, all I get is hateful remarks about how he WILL & won’t lose a dime. Um YEAH I KNOW that, but what are we supposed to do about Christmas & bills in the meantime? #ShutdownStories

Seriously, has this person ever heard of a “credit card”?

Feeling so sad for you – – No not really! You destroyed Christmas for 800 000 employees. No one cares about you. If you are one of those employees, send letters to at least 3 congressmen and 3 senators demanding Trump be impeached!!! #shutdown #ShutdownStories

When I was working in D.C. a decade ago, I would have loved to have a couple of paid weeks off this time of the year.  So instead of “destroying Christmas”, it could be argued that President Trump just greatly enhanced it for hundreds of thousands of federal workers.

But it is true that there are many families that are living paycheck to paycheck, and apparently things are so tight for some federal workers that they actually had to return Christmas presents so that they could afford to pay for “rent and food”…

#ShutdownStories I have family and friends that took back Christmas presents so they can afford rent and food once the paychecks stop. It’s hella expensive to live in the dc area. Everyone I know lives paycheck to paycheck. Missed pay will decimate them.

If this is actually true (and I am skeptical), those people should have never been buying so many Christmas presents in the first place.

As I have stressed repeatedly, living paycheck to paycheck should be avoided whenever possible, because it makes you extremely vulnerable to even the smallest disruption that comes along.  Stuff happens in life, and it is always wise to have some sort of financial cushion.

If you can believe it, one federal worker actually went on Twitter to complain that he was being forced to report to work…

Furlough exempt, all leave canceled and must report to work. Will be paid but no idea when if this drags out. If we don’t report we’re placed in furlough for the duration, no guarantee of pay. No, @MarkMeadows, we didn’t “sign up” for this. #ShutdownStories

Life is tough.  If you don’t like your job, then quit and find another one.  Because of the tremendous benefits they offer, federal jobs are extremely popular, and there will be a very long line of people waiting to fill that position.

Last but certainly not least, the mentally deranged wife of one federal worker actually claimed that she would have to kill her cat if the shutdown goes much longer…

Well, if my husband, who works for the state, doesn’t get paid, we won’t have money to give our elderly cat his insulin shots…so we’d have to put him down! #ShutdownStories

Along with the tweet, this psychotic lady actually posted a photograph of the cat in question. 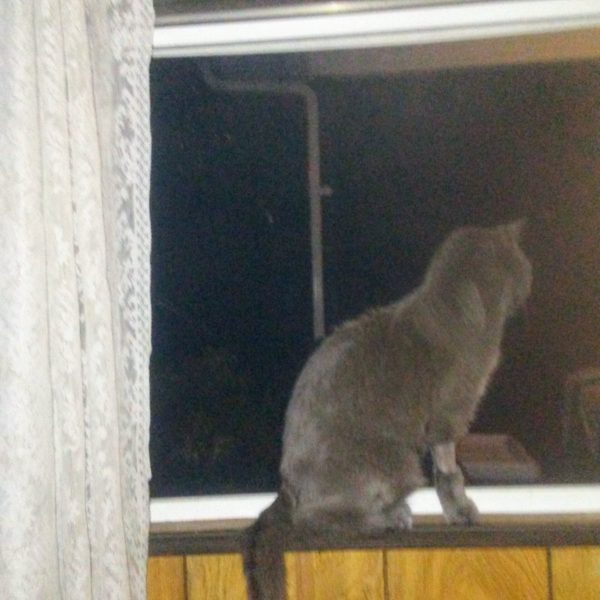 Remember, the federal government has only been shut down for 4 days, and 2 of those days were Christmas Eve and Christmas Day.

So how bad will the whining get if this shutdown extends into February or March?

Because right now there appears to be no solution to this impasse on the horizon.  According to President Trump, the shutdown is never going to end until Congress gives him a border wall…

“I can’t tell you when the government is going to reopen,” he said. “I can tell you it’s not going to be open until we have a wall, a fence, whatever they’d like to call it. I’ll call it whatever they want. But it’s all the same thing. It’s a barrier from people pouring into our country.”

On the other side, Senate Minority Leader Chuck Schumer is pledging that he will indefinitely block all efforts to get such a bill through the Senate…

“Everyone knew yesterday, long before the House vote, that the President’s wall lacked 60 votes in the Senate. It has proven to lack even 50 votes,” Schumer said on the Senate floor on Saturday.

“It will never pass the Senate—not today, not next week, not next year,” Schumer said.

“So, President Trump, if you want to open the government, you must abandon the wall, plain and simple,” Schumer said.

Unless one of them caves, this shutdown is likely to last for a very, very long time.

Meanwhile the deep suffering of hundreds of thousands of federal workers will grow progressively worse, and their cats will increasingly be in danger of termination.

About the author: Michael Snyder is a nationally-syndicated writer, media personality and political activist. He is the author of four books including Get Prepared Now, The Beginning Of The End and Living A Life That Really Matters.  His articles are originally published on The Economic Collapse Blog, End Of The American Dreamand The Most Important News.  From there, his articles are republished on dozens of other prominent websites.  If you would like to republish his articles, please feel free to do so.  The more people that see this information the better, and we need to wake more people up while there is still time.

‘He Should Resign’: Notorious Dem Lawmaker Out on Bond Gets Arrested on Suspicion of DUI
November 30th, 2021 Flag And Cross

Cartoon of the Day: At Your Command
November 30th, 2021 Conservative Firing Line
Powered by WordPress RSS Feed Plugin
PowerInbox 5×1
You Might Like