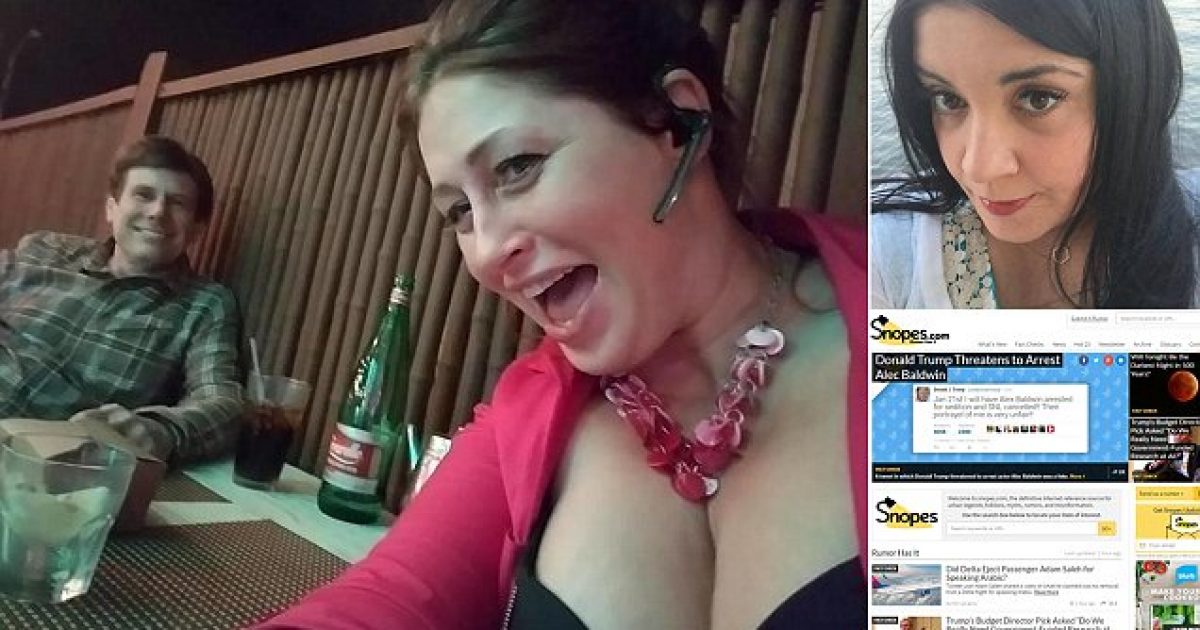 It looks like at least two of Facebook’s four self-proclaimed pontificators of what is fact and what is not, Snopes and the Associated Press, have abruptly ended their “fact checking” relationship with the social media giant.

On Friday, Snopes announced that it had “elected not to renew our partnership with Facebook.”

They failed to provide specifics for the reason they chose not to continue in their Nazi-style censoring partnership with Facebook.

“Forgoing an economic opportunity is not a decision that we or any other journalistic enterprise can take lightly,” Snopes added in their statement.

Well, you can say that, again. They’ve been losing money left and right and even have had their hand out to the public despite working for the Facebook Gestapo.

Though Snopes began working for Facebook for free, they did accept a payment of $100,000 last year.

This comes on the heels of a report by The Guardian in December that reported:

Current and former Facebook factcheckers told the Guardian that the tech platform’s collaboration with outside reporters has produced minimal results and that they’ve lost trust in Facebook, which has repeatedly refused to release meaningful data about the impacts of their work. Some said Facebook’s hiring of a PR firm that used an antisemitic narrative to discredit critics – fueling the same kind of propaganda factcheckers regularly debunk – should be a deal-breaker.

Among those The Guardian spoke to were Brooke Binkowsky, former managing editor of Snopes, who said, “They’ve essentially used us for crisis PR.”

“They’re not taking anything seriously,” she added. “They are more interested in making themselves look good and passing the buck … They clearly don’t care.”

The Guardian cited other “fact checkers.”

While some newsroom leaders said the relationship was positive, other partners said the results were unclear and that they had grown increasingly resentful of Facebook, especially following revelations that the company had paid a consulting firm to go after opponents by publicizing their association with billionaire Jewish philanthropist George Soros. The attacks fed into a well-known conspiracy theory about Soros being the hidden hand behind all manner of liberal causes and global events. It was later revealed that Sheryl Sandberg, chief operating officer, had directed her staff to research Soros’s financial interests after he publicly criticized the company.

“Why should we trust Facebook when it’s pushing the same rumors that its own factcheckers are calling fake news?” said a current Facebook factchecker who was not authorized to speak publicly about their news outlet’s partnership. “It’s worth asking how do they treat stories about George Soros on the platform knowing they specifically pay people to try to link political enemies to him?”

“Working with Facebook makes us look bad,” added the journalist, who has advocated for an end to the partnership.

Another factchecker who has long worked on the Facebook partnership said they were demoralized: “They are a terrible company and, on a personal level, I don’t want to have anything to do with them.”

Binkowski, who left Snopes earlier this year and now runs her own factchecking site, which does not partner with Facebook, said the Facebook-Snopes partnership quickly became counterproductive. During early conversations with Facebook, Binkowski said she tried to raise concerns about misuse of the platform abroad, such as the explosion of hate speech and misinformation during the Rohingya crisis in Myanmar and other violent propaganda.

Binkowski, who previously reported on immigration and refugees, said Facebook largely ignored her: “I strongly believe that they are spreading fake news on behalf of hostile foreign powers and authoritarian governments as part of their business model.”

Say it isn’t so! Where is Robert Mueller? Oh, he’s covering for all of this.

Kim LaCapria recently left Snopes as a content manager and fact checker. She said that Facebook wanted the “appearance of trying to prevent damage without actually doing anything.”

That’s exactly right. They want to look good while undermining the purveyors of the truth.

“We knew that if anything involved Facebook it was at risk of being compromised,” LaCapria added, “They threw us under the bus at every opportunity. We were just collateral damage.”

The Associated Press confirmed to TechCrunch that it too is “not currently doing fact-checking work for Facebook.” In a statement, the news organization said that it “constantly evaluates how to best deploy its fact-checking resources, and that includes ongoing conversations with Facebook about opportunities to do important fact-checking work on its platform.”

Update: The AP representative contacted TechCrunch to say that although it is not doing fact checking work for the program now, it is not leaving it altogether, later adding that “AP is in talks with Facebook and we fully expect to be doing fact check work for Facebook in 2019.” I’ve updated the headline and story throughout to reflect this.

Politifact, who also holds a liberal bias and has been caught numerous times by us with “Pants-on-fire” claims of their own is staying on with Facebook, as is Factcheck.org.

All in all, I don’t think many people actually care for any of these “fact checkers.” Most serious, thinking people will read and not just take something from one source. They will go and search it out themselves, which is what they are supposed to do.