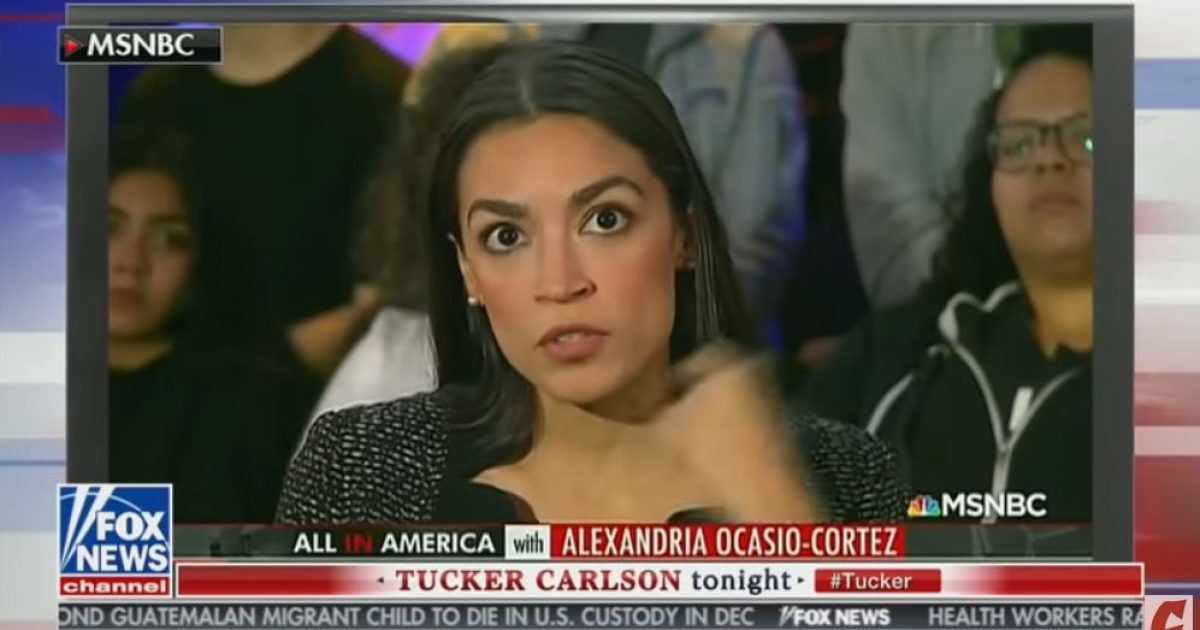 TMZ caught up to Alexandria Ocasio-Cortez (AOC) recently and did a short interview with her. Scary stuff… (True Conservative Pundit)

Anyone who follows my writing knows I’m not at all a fan of AOC. Her ignorance and blatant stupidity combined with being one of the supposed leaders in this country sets my teeth on edge and then some.

TMZ asked AOC about the fires raging in Australia, and of course she took the opportunity to expound on climate change (a hoax) and then bash President Trump.

AOC also had some comments about having children:

I mean, this is our future. Because I think for us the stakes are so high. I’m going to live in a world that is fundamentally altered by climate change. So is Greta, so is every young person. You know, if you are pretty much under the — first of all, we’re seeing it now. Like, we’re living through this right now. We’re experiencing it right now. But especially if you are under 50 years old, if you’re under 40, 30, you know, 20, the younger you are, the more of our lives and our futures are going to be impacted by this. And you know, even people my age are stressed and have anxiety about having kids just because we want to make sure that we’re bringing our kids into a healthy world, into a stable future. And you shouldn’t ever have to be anxious about that. We need to be advocating for a safe future for all of us.

First off, wild fires have been happening since time began, and will continue to happen until there is nothing left to burn, or the earth ceases to exist – for the English-challenged out there, that means one or the other, but not both.

Second, climate change is a bunch of made up malarkey that is earning some people (Al Gore) millions of dollars. Also, there are reports that some of these fires were intentionally set.

So, we have established that AOC is a climate change alarmist; we also know that she is the author of the woefully inept “Green New Deal”. You know – the so-called deal that calls for rebuilding every building in the U.S., eliminating cows (because they fart) and getting rid of air travel and combustion engines.

Back to AOC having children:

“…People my age are stressed and have anxiety about having kids just because we want to make sure that we’re bringing our kids into a healthy world, into a stable future.”

A healthy world and a stable future, a lofty and worthy goal.

With people like AOC (and the Squad), Bernie Sanders, Elizabeth Warren, Joe Biden, etc. – there will never be a stable and healthy world, let alone a stable and healthy U.S. How can the U.S. be “stable” when idiots like AOC and company pursue wild fantasies that cost more money then there is in circulation today?

How is the U.S. supposed to be healthy and stable when AOC and the Democrats only focus is on destroying the President of the United States while simultaneously ignoring criminal behavior in members of their own party?

My fear concerning AOC and others like her having children? That said children will turn out just like her – woefully ignorant and believing in dangerous fantasies while attempting to implement solutions that are worse than the supposed problems.

Read my three most recent articles:

Let’s all continue to fight political correctness, indoctrination, Leftist propaganda, liberalism, and keep sharing the truth – knowledge is power. Until next time…