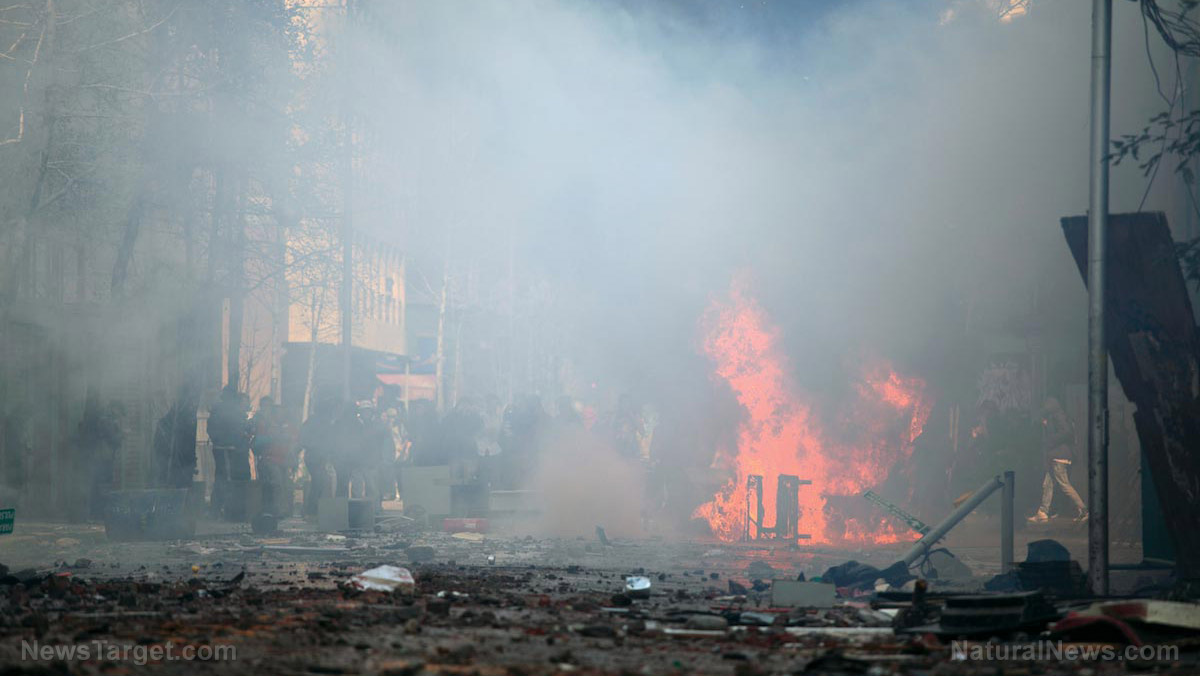 (Natural News) Many people in Sri Lanka are facing acute food, fuel and medicine shortages as it battles one of its worst economic crises since becoming an independent nation in 1948. The economy had been hit badly by the Wuhan coronavirus (COVID-19) pandemic as tourism – one of its crucial revenue generators – came to a standstill, as did other major sectors and foreign remittances.

Moreover, the government piled up a mountain of debt by borrowing heavily from foreign investors and countries. It also implemented badly-timed tax cuts and banned the import of chemical fertilizers to encourage organic farming, which led to farmers being unable to grow enough crops.

In a desperate move to combat acute fuel shortage that is expected to last for days, Sri Lankan authorities closed schools and asked public officials to not come to work. Thousands of people waited in queues at fuel stations across the country for days at a time. (Related: Violent fuel shortage protests have begun in Sri Lanka.)

The country is now almost without gasoline and is facing an acute shortage of other fuels as well. The Sri Lankan government, meanwhile, has been struggling to find money to pay for fuel, gas and other essential imports as it is now on the brink of bankruptcy.

Countrywide power cuts also come up to four hours a day as the government can no longer supply enough fuel to power generating stations.

The country has already suspended repayment of about $7 billion in foreign loans due this year out of the $25 billion that is to be repaid by 2026. The country’s total foreign debt already ballooned to $51 billion.

Its economic problems have brought on a political crisis and the government is facing widespread protests and unrest. Protesters have blocked main roads to demand gas and fuel while television stations showed people in some areas fighting over limited stocks.

Protesters have already occupied the entrance to the president’s office for over a month, calling for President Gotabaya Rajapaksa’s resignation.

Months of antigovernment rallies have also led to the near dismantling of the once-powerful ruling family, leading to one of the president’s brothers resigning as prime minister and other relatives leaving their posts in the Cabinet. (Related: Food riots: Violent protests erupt in Sri Lanka and Iran as prices of everyday goods soar.)

Attacks by Rajapaksa’s supporters also sparked nationwide violence that left nine people dead and over 200 injured. Homes of lawmakers and their supporters were also burned down.

Sri Lanka crisis serves as warning for other countries

Global finance leaders are expected to prepare for multiple inflationary shocks as fears of a global economic downturn continue to hit the markets. International Monetary Fund Managing Director Kristalina Georgieva said it is getting harder for central banks to bring down inflation without causing recessions.

There had also been mounting pressures on energy and food prices due to Russia’s war with Ukraine, as well as the supply chain disruption and cost pressures caused by China’s zer0-COVID policies.

“I think what we need to start getting more comfortable with is that it may not be the last shock,” Georgieva said, citing the omicron outbreak as proof that inflation will not be a “transitory” one-time shock.

A commentary also noted that Sri Lanka’s situation can happen on a global scale. If there is inflation that leads to a decrease in purchasing power by the contributor class through wage suppression, overseas jobs, automation and others, poverty and desperations could eventually turn to violence.

If other nations’ governments don’t take notice of what’s happening in Sri Lanka, they will eventually face the same problems in the next few months.

Watch the video below for more information about the situation in Sri Lanka as fuel shortages worsen.

This video is from the Chinese taking down EVIL CCP channel on Brighteon.com.

On the heels of Russia’s dollar bond default, Sri Lanka defaults on its dollar debt – who is next to destabilize just so its people can eat?

The REAL price of fuel: Reports of deaths and violence plague Sri Lanka as people queue to buy expensive fuel.