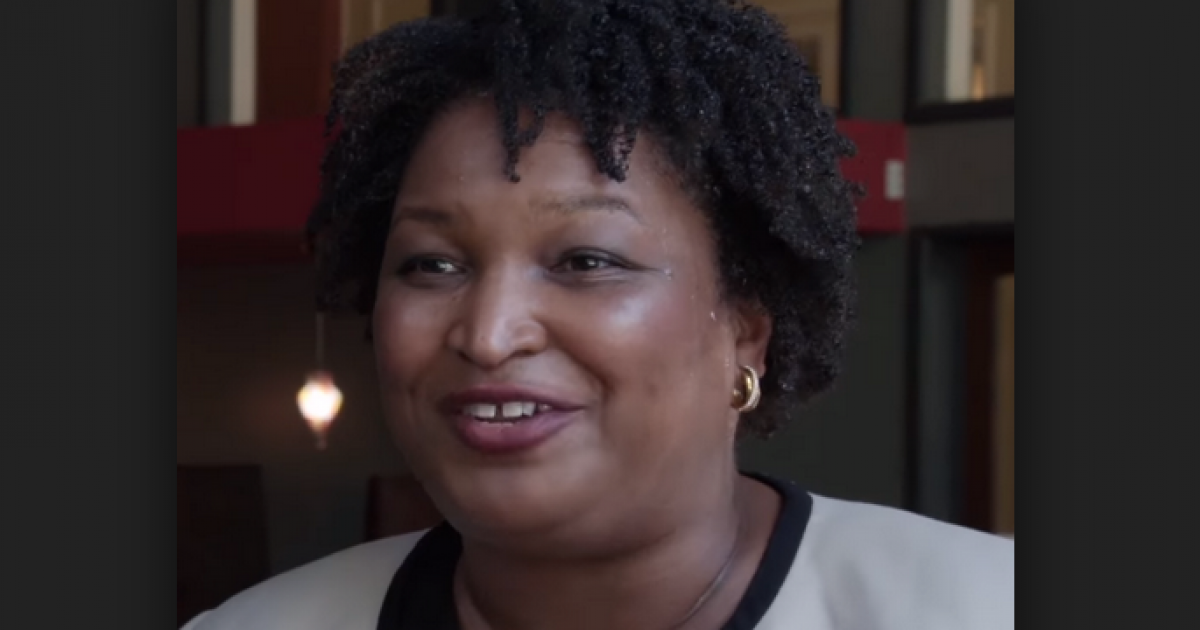 “Well that escalated quickly” has never been as true as the bizarre conclusion by aspiring candidate for something, Stacey Abrams. Why this happened is fairly obvious. Stacey was invited to a national security forum. I’m not convinced that she can spell national security. And, anyway, national security among Democrats these days means bizarre Russia conspiracies.

Abrams launched into a speech claiming that any effort to prevent voter is really voter suppression. That’s up her alley because her entire candidacy for whatever is based on the claim that she would have won if it hadn’t been for voter suppression.

If voter suppression exists, Stacey is a viable candidate. If it doesn’t, she’s a delusional nutjob.

But after delivering her voter suppression spiel, she has to pivot to national security, aka Russian conspiracies. And she does this in a way that would have gotten her cheers at a Republican convention in the 1950s.

This is one of those moments when you realize just how unmoored Democrats have from any historical reality. The movement that had been squealing about McCarthyism for two generations is now declaring, “If we do not secure our democracy in 2020 … we will be having a very different conversation, potentially in Russian, in 2030.”

The Democrats finally came around. It just took them 70 years.

A high-level staffer for Democrat Stacey Abrams resigned after he promoted the gubernatorial candidate on a Russian government-funded media outlet that the FBI is investigating as part of a potential Kremlin-backed operation to influence last year’s presidential election.

It was one of at least three appearances on Sputnik by Ferrell, who worked as an outreach director for Vermont U.S. Sen. Bernie Sanders’ presidential bid before joining Abrams earlier this year.

Both outlets were implicated in a declassified U.S. intelligence report that emerged in January and accused Russia of trying to help Donald Trump in last year’s vote.

He talked about how Democrats can defeat Trump in 2020 and how Abrams’ Stone Mountain proposal would be a “wedge issue” that black voters would remember in the May primary.