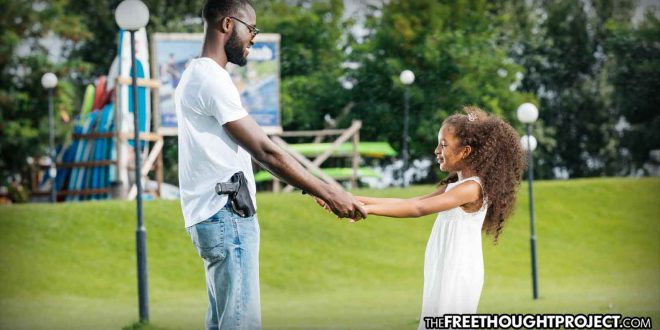 As the Federal government continues to wage its war on the second amendment, states across the country are taking pre-emptive measures to protect the rights of their residents. Iowa just added their name to the list of states making such moves by passing a law to lift restrictions on firearms purchases — instead of cracking down.

Iowa Gov. Kim Reynolds signed legislation into law over the weekend which removes previous restrictions on the purchase of guns in their state. The legislation, named “House File 756,” will take effect on July 1 and eliminates the requirement for law-abiding Iowans to obtain a permit to purchase a handgun from private unlicensed sources. Additionally, people will no longer need a permit in order to carry a gun.

House File 756 “protects the Second Amendment rights of Iowa’s law-abiding citizens while still preventing the sale of firearms to criminals and other dangerous individuals,” the governor said in a statement Friday afternoon.

It does this by making it a felony for a private individual to transfer or sell a firearm if they “know or reasonably should know that the other person is ineligible to possess dangerous weapons” and would face a penalty of up to five years in prison and a fine up of to $7,500.

“We will never be able to outlaw or prevent every single bad actor from getting a gun, but what we can do is ensure law-abiding citizens have full access to their constitutional rights while keeping Iowans safe,” the governor said

The permit-less constitutional carry part of the legislation is similar to that of legislation in 18 other states that doesn’t require citizens ask the government for the ability to protect themselves. The bill’s sponsor Rep. Steve Holt, R-Denison, called the previous law which required a permit to buy and carry a gun, a “permission slip from the government” to protect one’s self.

Though there was some outspoken opposition to the bill, it largely passed with bipartisan support, showing that the right to self-defense is a top priority for those on both sides of the aisle.

What’s more, as Mark Houser pointed out, gun control can’t solve our problems. Especially with the widespread adoption of 3D printing and other means of self-manufacture, gun control will increasingly be relegated to irrelevance. Gun control policies will burden only the upstanding citizens who, in good faith, try to abide by them, and are nonetheless ensnared. If we want to get serious about addressing violence in America, there are many more promising areas to focus on like why people commit it, not the tool they use to do so.

Fortunately, the federal anti-gun tidal wave has grown so big it has caused multiple states to take protective measures to ensure the rights of their citizens to defend themselves are not infringed.

While Iowa took to lifting restrictions, other states are moving to protect their borders from the gun grabbing hands of the feds by promising to fine or arrest cops who participate in federal gun control programs.

In Arizona, the Senate proposed a bill to sue officers who take guns from citizens at the request of federal agents. According to the legislation, officers who comply with gun control measures could also face charges.

In Utah, the house passes a similar measure, forbidding officers employed in the state to enforce federal gun control laws.

Last month, Missouri passed a bill which also bans cops from enforcing any new federal gun laws pushed by the Biden administration. The measure would penalize local police departments if their officers enforce federal gun laws and they would face minimum $50,000 fines for an infraction.

The Missouri bill is causing a stir among Democrat lawmakers who erroneously claim this bill would give money to criminals.

“We’re literally defunding our law enforcement agencies to give that money to criminals,” St. Louis Democratic Rep. Peter Meredith said before asking the House to vote against the bill. “This is not hyperbole.”

Meredith did no elaborate on how that money would end up in the hands of criminals. However, Rep. Jered Taylor said the law is easy to follow, “If they don’t violate a person’s Second Amendment rights, they have nothing to worry about.”
Most recently, lawmakers in Charleston, West Virginia passed a bill to end federal encroachment on the right to bear arms. The legislation prohibits a state agency or department from using money or personnel to investigate, interrogate, detain, detect, or aid a federal agency in whole or in part or arrest persons for federal law enforcement purposes, according to the