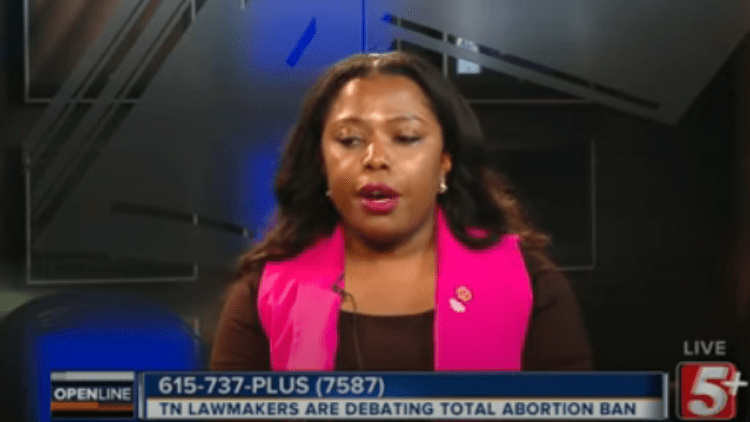 And, obviously, Democrats are standing by her.

Federal prosecutors announced embezzlement and theft charges against the 39-year-old after someone filed an anonymous complaint in 2016 that she used grant funds to buy a Louis Vuitton handbag.

The initial complaint began a nearly four-year investigation into money received for the “The Healthcare Institute” just off Winchester Road where Robinson is the director.

According to the criminal complaint, Robinson applied for a federal grant to train nursing assistants to work with geriatric patients in March 2015.

The criminal complaint shows more than $16,000 spent on electronics at a Best Buy, $46,000 for property Robinson purchased on Boengshire Road and more than $8,000 for Grizzlies tickets.

Wasn’t that nice of taxpayers? Other things taxpayers paid for included…

Payments and purchases included a vehicle for her daughter; clothing, accessories, and hair and beauty products; expenses related to her wedding and honeymoon, and later, legal fees for her divorce; payments on her personal debts, including credit cards, store charge cards, student loans, and other personal loans; travel and entertainment for herself and her family; improvements to her personal residence; expenses related to a body aesthetics business she owned and a snow cone business operated by her children; and an event for her State Senate campaign.

If nothing else, the Democrat is thorough. And she’s blaming racism.

“It is believed that if I were not in the position that I’m in, if I did not champion the voices, the views and the faces that I represent that I would not be in this moment I’m in today,” said Robinson.

Everybody else just gets to spend government grants on luxury handbags.

The Tennessee Democratic caucus released this statement saying in part: “It is clear that Sen Robinson’s work in the state legislature on behalf of her constituents is not in question here today.”

I don’t think anyone’s questioning it. This is just how Democrats serve their constituents. By serving themselves.