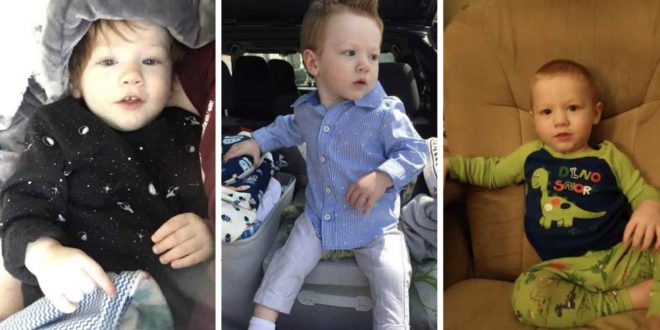 San Diego, CA — While many think that the state taking children from parents is a noble gesture to protect the child, all too often, the state removes kids from a bad situation and throws them into a situation akin to a horror film. Many times the children are taken from caring parents, who happened to hit a rough patch in their lives, and thrown into torturous and outright sadistic situations where they end up raped, tortured, and, as the tragic following case highlights, even murdered.

According to the toddler’s mother, Lisa Walter, Tyler James Walter was born at 29 weeks and spent his first 45 days in the newborn intensive care unit. She called him her little miracle after he finally survived his rough start. However, this little boy’s success story of overcoming such a health hardship turned into a horror story after the state took him away from his mom.

Tyler, “was healthy when he was in my care he was thriving,” said Lisa. However, that would all change once he was taken from her, according to a recent claim filed against the county of San Diego by Walter.

In 2018, police would raid Lisa Walter’s home and find drugs, some of which were hidden in used baby formula boxes. Walters would be arrested for drug possession, possession of drug paraphernalia, and alleged child abuse.

Walters pleaded guilty and was doing everything, including working through the drug court program, to get back her son. None of the charges warranted jail time.

Her fight to get her son back was not fast enough, however. Just two months after being placed with a foster parent, Tyler would be dead.

Despite Lisa’s protest, the state made her 19-year-old niece the foster parent. This move flies in the face to normal procedures of giving the child to a grandparent or aunt or uncle.

According to the foster system, “he (Tyler) was making much better progress since being placed with her.”

But this wasn’t true as the autopsy report showed that Tyler suffered horrifying injuries.

According to the report, the day he died, Tyler was found “slumped completely over with his entire top half folded in half. His back seemed splotchy. [One of the adults] got him out and noticed he was not breathing. She took him to the table and began screaming for help. CPR was performed and when the decedent was turned over, dark fluid and mucus came out of the decedent.”

Paramedics would show up at the scene, but it was too late. The official cause of death listed on his autopsy report is blunt head trauma.

“Blunt force trauma means that there’s injury to the body,” Dr. Howard Robin, an anatomical and clinical pathologist with no connection to this case, explained to 10 News. “In this case the injury was to the brain. They found subdural hematomas.”

According to 10 News, the autopsy report shows Tyler had a skull fracture, bruises on the left and right side of his forehead, discoloration behind his ear, a bruise on his cheek, and a cut under his chin. The medical examiner also found that Tyler had marijuana in his system meaning the foster parent was either giving him weed or smoking so much of it around him that Tyler a 20-month old toddler was breathing it in and getting high.

Judging from the injuries, Tyler was either murdered by his foster parent or quite literally neglected to death after being seriously injured.

“Any day a child dies is a horrifically sad day. Our child welfare system in America exists to protect children and preserve families, and we take that responsibility seriously. As a County, we are currently engaged in the process of evaluation and change to ensure we are doing everything possible to protect children and preserve families,” said San Diego County Supervisors Greg Cox and Nathan Fletcher, Co-Chairs of the county’s Child & Family Strengthening Advisory Board, in a joint statement.

But it seems they aren’t doing “everything possible to protect children and preserve families.” In fact, a grand jury report released in June found multiple gaps in institutional safety and training in the Child Welfare Services division of San Diego County’s Health and Human Services Agency.

The grand jury found that most social workers are overworked and often spend as much or more time on administrative work than interacting with foster children and families, resulting in poor communication and coordination.

CWS staff and foster parents also lack the proper training to offer trauma-informed care or support for victims of human trafficking, according to the report.

“CWS of San Diego County removed my son and failed to make reasonable efforts to reunify him with me in the best interest of the child,” Lisa said. And, sadly, she is right and now her son is dead as a result.