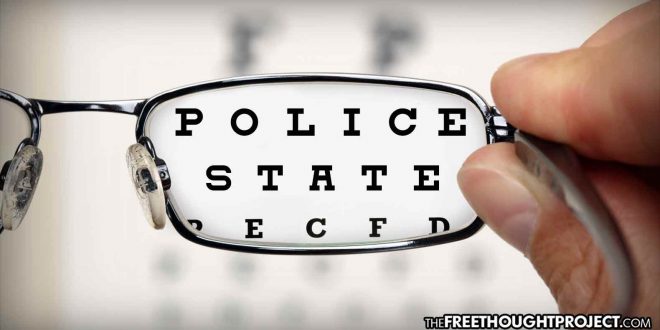 FRANKFORT, Ky. — (TRI) Citing the First Amendment and a state religious freedom law, The Rutherford Institute has told Kentucky regulators that their ongoing attempts to place bureaucratic roadblocks in the path of a ministry’s efforts to provide free corrective eyeglasses to the poor and homeless violates the ministry’s rights.

Kendall Optometry Ministry—whose mission is to spread the gospel of Jesus Christ by providing eyeglasses to the poor and homeless throughout the world—hosts free eye clinics for the poor and homeless where it distributes used and new glasses, all of which have been carefully measured for their corrective properties and cataloged.

The Kentucky Boards of Optometric Examiners and Ophthalmic Dispensers have warned the Ministry that its charity work violates state licensing laws that could result in fines and jail time. In coming to the defense of the Optometry Ministry, Rutherford Institute attorneys contend that attempts to shut down the Ministry violate a state law protecting religious freedom.

“Instead of commending this eyeglass ministry for its notable efforts to improve the lives of the homeless so they can get a job, get off the streets and become productive citizens who are no longer dependent on taxpayer subsidies, the government has opted to turn a blind eye to its beneficial impact on the community,” said constitutional attorney John W. Whitehead, president of The Rutherford Institute and author of Battlefield America: The War on the American People. “Make no mistake: this is yet another instance of bureaucratic overregulation, government criminalization of those who work to alleviate the plight of the homeless, and a general disregard for religious freedom.”

Kendall Optometry Ministry, Inc., was founded in 2003 by Holland Kendall, a retired electrical engineer and devout Christian who started the Ministry after hearing from many homeless people that they could not see well enough to get a job. The Ministry— a nonprofit that strives to lift people out of homelessness and poverty by helping to improve their ability to see clearly and, in turn, be productive members of society, raise their standard of living and eliminate their need for public assistance—is guided and inspired by passages from the Bible about Jesus giving sight to the blind.

With the help of social services agencies, the Ministry goes to the poor and homeless to evaluate their need for corrective lenses and provide them with glasses that will improve their vision. It first determines a person’s prescription using sophisticated equipment that accurately determines the corrective needs for each eye. Based on the measurements taken, the Ministry searches its inventory of glasses to determine what pair would be the best optical match for each person seeking help.

The glasses inventory consists of both used and unused glasses, all of which have been carefully scanned with a lensometer to determine the correction properties of each lens. The Ministry has also consulted with a licensed optometrist to determine the best principles to follow in selecting glasses for each individual. However, in April 2019, the Ministry received a cease-and-desist letter from the Kentucky Boards of Optometry and Ophthalmic Dispensing asserting that the Ministry had violated state laws and regulations by holding free eye clinics and by providing eyeglasses that are not made to order.

In coming to the defense of the Ministry, Rutherford Institute attorneys argue that the Boards’ warnings prevent the Ministry from pursuing its religious mission and violate Kentucky’s religious freedom statute because there is no compelling interest served by applying the licensing laws and regulations to the Ministry.