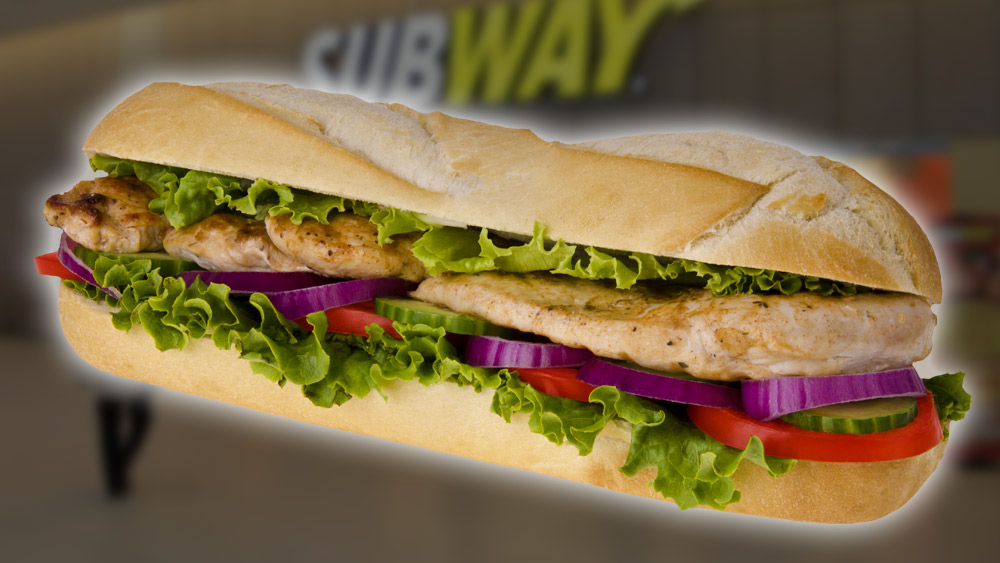 (Natural News) The New York Times conducted a lab analysis on fast-food chain Subway’s “tuna” sandwiches and wraps, which suggests that none of them contain even a trace of actual tuna.

Almost unbelievably, what Subway is passing off as “tuna” could actually be “a mixture of various concoctions,” according to The Washington Post.

The chain is now being sued for false advertising and the selling of unknown products after scientists determined “no amplifiable tuna DNA was present in the sample.”

Because there were no amplification products able to be obtained from the DNA, the scientists declared that they “cannot identify the species” of whatever it is that Subway is trying to pass off as “tuna.”

Using the same type of PCR test that was pushed all last year as a way to identify the Wuhan coronavirus (Covid-19) in humans, scientists looked for one of five varying tuna species, explaining that there are 15 species of fish that can legally be labeled as tuna.

The Food and Drug Administration‘s (FDA) “Seafood List” outlines this with more clarity.

There are only two options, the scientists revealed, for why tuna could not be detected in Subway’s sandwich or wrap samples.

“One: It’s so heavily processed that whatever we could pull out, we couldn’t make an identification,” they said.

“Or, we got some and there’s just nothing there that’s tuna.”

When tuna is cooked, the experts say, its proteins break down making it harder to identify. So, it could be that Subway’s tuna sandwiches and wraps do contain some tuna, albeit of the denatured variety.

On the other hand, it could be that Subway is selling something other than tuna as if it was “tuna,” deceiving customers and exposing them to some strange substance that looks and maybe tastes a little bit like tuna.

The food fraud investigation comes on the heels of a complaint filed with the U.S. District Court of the Northern District of California alleging that Subway is tricking customers “into buying food items that wholly lack the ingredients they reasonably thought they were purchasing.”

That lawsuit, filed back in January, prompted a response from Subway, which says there is “no truth to the allegations in the complaint.”

At that time, Subway also affirmed that it “delivers 100% cooked tuna to its restaurants.”

“Multiple samples” collected from Subway’s “tuna” sandwiches have been analyzed at this point. However, while the mixture appears to be tuna, the fish simply cannot be found.

“Tuna is one of our most popular sandwiches,” claims Katia Noll, Subway’s senior director for global food safety and quality. “Our restaurants receive pure tuna, mix it with mayonnaise, and serve on a freshly made sandwich to our guests.”

Back in 2014, Subway made global headlines for announcing the removal of azodiacarbonamide, a toxic chemical also used in yoga mats, that was determined to cause cancer.

There have also been controversies with other fast-food chains regarding their use of other toxic chemicals in packaging that are linked to cancer and other chronic health problems.

“Why is this difficult? The lab says that protein in tuna is broken down during cooking, leaving them unable to identify it,” wrote one commenter at Fox Business, confused about why there is a controversy involving tuna.

“Okay, so if the cooking process makes it undefinable, then how hard is it to follow the supply chain back to the pre-cooking supplier and check the FDA / USDA records? This should not be difficult.”

More related news about the shady practices of the fast-food industry can be found at Twisted.news.