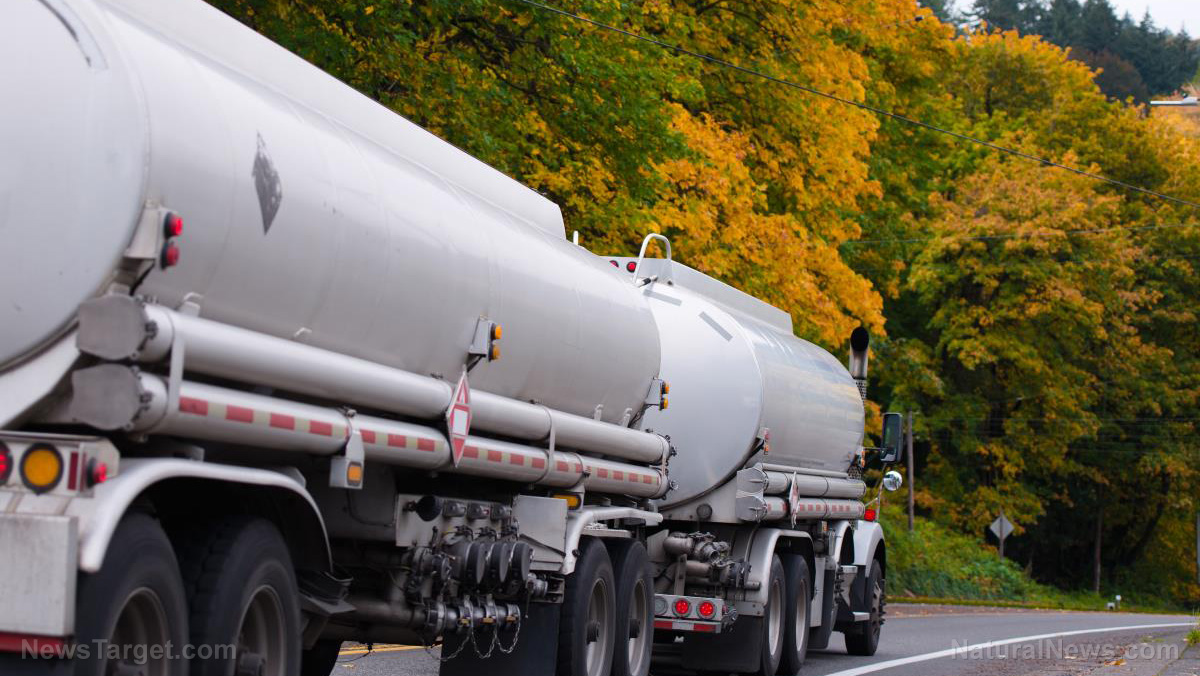 (Natural News) The globalist authoritarians who seek to overturn the world’s most powerful democracies so they can rule over more of the planet have latched on to the COVID-19 pandemic that many believe was intentionally launched by China as their vehicle, as has become painfully obvious by now.

The latest move is to deprive Americans of food, clothing, energy and commodities so that they will be more willing to give up their freedom, as evidenced by the nonsensical and wholly unnecessary COVID vaccine mandate at the U.S.-Canada border.

With the supply chain already in crisis, thanks to months of lockdowns around the world and at home, the Marxists who run the Biden regime have implemented a mandate for truckers going into and coming from Canada, where hundreds of billions of dollars worth of trade crosses annually. And with the U.S. already experiencing a shortage of drivers (thanks to onerous regulations and vaccine mandates), we’re in for a major economic collapse.

Retain expert Bruce Winder told CTV News Channel that he doesn’t believe the Canadian mandate will force more truckers to get the jab. “I think you probably won’t see that movement … that the government’s looking for,” he said.

The vax mandate tosses a “major wrench” in the supply chains of North America — Canada, the U.S., and even Mexico — as food producers, grocers, retailers, auto parts outlets, and building materials warehouses look to be the most affected by what will certainly be a reduction in cross-border trade.

“I really hope that we’re not at the stage where you see food insecurity, where you’re actually going to grocery stores and there’s nothing on the shelf,” Winder told the Canadian outlet. “That could be the worst-case scenario.”

Meanwhile, Mike Millian, president of the Private Motor Truck Council of Canada, told CTV News Channel over the weekend that there are tens of thousands of truck driving vacancies as is, and that the mandate is likely to make that situation worse. What’s more, he said that at present, something like 20 percent of current drivers have not gotten a COVID vaccine.

Some people on social media suggested that a “truck switching” scheme can be worked out so that vaccinated Canadian drivers can pick up loads left near the border by unvaccinated American drivers.

But others quickly shot down that notion, pointing out that logistically, it’s an impossibility because there simply is no physical space for tens of thousands of trucks to be parked along border crossings each day. 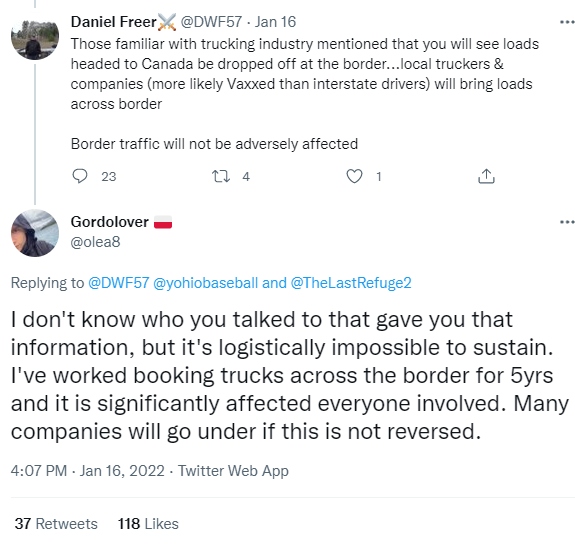 “I don’t know who you talked to that gave you that information, but it’s logistically impossible to sustain. I’ve worked booking trucks across the border for 5yrs and it is significantly affected everyone involved. Many companies will go under if this is not reversed,” one social media user wrote.

Implementing this cross-border mandate in the face of a worsening supply chain crisis has to be intentional; no sane leader would do so otherwise.