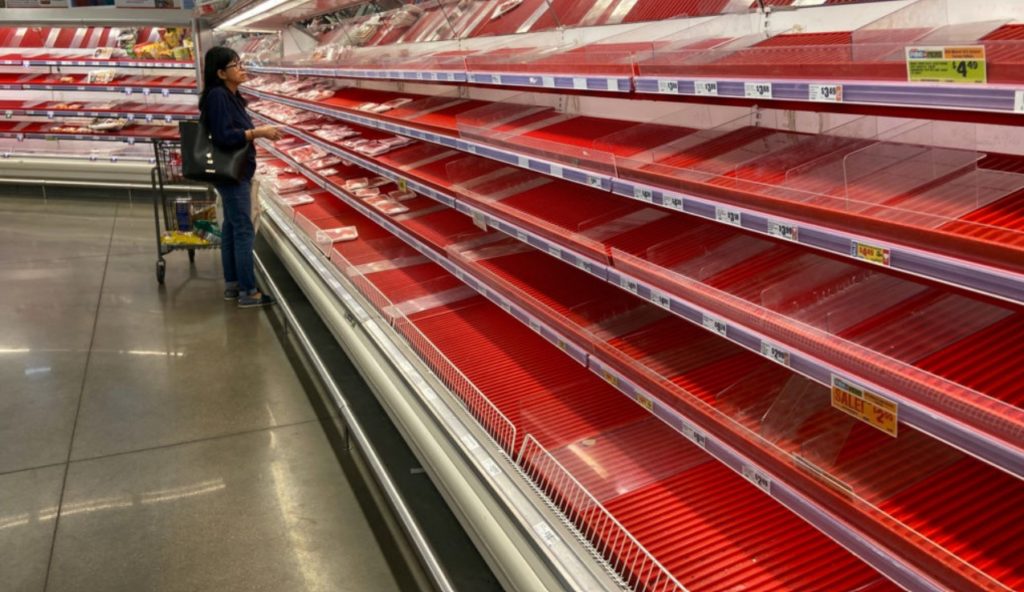 In a recent interview with Bloomberg, the executive vice president of UPS asserted that “regionalization” of the supply chain is critical to economic stability as geopolitcal conflicts expand. The word “regionalization” is basically a code word to describe decentralization, a concept which the UPS representative obviously did not want to dive into directly. Almost every trade expert and industry insider is admitting that supply chain problems are going to persist into the foreseeable future, and some are starting to also admit (in a roundabout way) that localized production and trade models are the key to survival.

This is something that I and many other alternative economists have been talking about for a decade or more. The globalist dynamic of interdependency is a disaster waiting to happen, and now it’s happening. Without decentralized mining of raw materials, local manufacturing, locally sourced goods, local food production and locally integrated trade networks there can be no true stability. All it takes for the system to implode is one or two crisis events and the economy’s ability to meet public demand stagnates. The system doesn’t completely stop, but it does slowly shrivel and degrade.

The war in Ukraine has been the go-to scapegoat the past few months for supply chain disruptions, but these issues started long before that. Years of central bank stimulus and fiat money creation have triggered the inevitable landslide of inflation/stagflation that alternative economists have been warning about.

Price inflation is a direct contributor to production declines and supply-chain disruptions because costs continually rise for manufacturers. Also, wages of workers cannot keep up with rising prices, inspiring many employees to quit and look for work elsewhere, or attempt to live off of government welfare. All of this leads to less supply, or slower production and thus, even higher prices.

We were right, the mainstream media was wrong (or they lied).

New York Times contributor Paul Krugman claimed that “no one saw this coming” when he was recently forced to admit that he was wrong on inflation. This is the same thing MSM economists said after the credit crash of 2008. It was a lie back then and it’s a lie now. Plenty of people saw it coming; we’ve been repeating our warnings for years, but they didn’t want to listen or they did not want us to be heard.

Krugman is perhaps the worst and most arrogant economist/propagandist in the US; and though he belatedly acknowledged the inflation and supply chain threat after arguing for the past two years that it was “transitory,” he now claims that the traditionally accepted indicators of recession “don’t matter” anymore and that there is no downturn. How many times can this guy be proven ignorant and still keep his job?

It’s this kind of disinformation that keeps the public in the dark on what is about to happen. Maybe it’s because of stupidity and ego, or maybe it’s a deliberate attempt to keep the population docile (I say it is deliberate), but in either case the American people are being put in great danger when it comes to the false narrative on inflation and the supply chain. The longer they are led to believe the disaster will simply go away on its own, the less time they have to prepare.

The bottom line is this: things are only going to get worse from here on. Maybe slowly, or maybe quickly depending on a handful of factors.

Most of the world right now is focused on Taiwan and China’s persistent threats to invade. Nancy Pelosi’s widely publicized plan to visit the island nation (yes, CCP, it is a nation) is a bizarre act of non-discretion that is clearly meant to instigate wider tensions between the US and China. Why would Pelosi do this now? Well, she’s not doing it on her own and it’s certainly not the dementia-addled Joe Biden’s idea. There are clearly other hands and other interests involved.

The US sources around 20% of its retail goods from China as well as a large portion of its medical supplies. More concerning, though, is China’s near monopoly on rare-earth metals which are integral to numerous electronic components. Furthermore, there is a pinnacle threat, which is China dumping trillions in US treasuries and dollar holding and virtually ending the dollar’s world reserve status.

This is not to say China is in a great position financially – they are on the verge of debt crisis as well, which indicates to me that they will indeed invade Taiwan (and possibly other regions) as a means to expand their borders and consolidate resources. With billions of people to feed and control, the temptation for the CCP to seek military conquest is high. If they do, it will be soon – within the next couple of months when the weather in the Taiwan Strait is optimal for naval operations.

The supply-chain crisis is going to accelerate into winter as stagflation persists. Price inflation will remain high. The US is indeed officially in a recession today. Two consecutive negative GDP prints IS a recession; this is a fact that no one can change, including Joe Biden, Paul Krugman or Wikipedia. Reality does not answer to these people. The system is breaking, and certain people greatly benefit.

A regional conflict with China on top of the Ukraine war could be the perfect smokescreen for a financial and supply-chain collapse that was going to happen anyway. But when the mainstream media talks about the triggers and culprits, they’ll never mention central banks and political corruption, they will only talk about Russia and China.

As I have noted in the past, the “Great Reset” agenda of the WEF, IMF, the BIS and other globalist organizations requires an extensive destabilization of the existing order. In other words, they need a controlled demolition of certain pillars of the economy. To frighten the public into accepting new collectivist and authoritarian models like the “Shared Economy” (where you will own nothing and like it), they will need a large and semi-chaotic disaster. People would have to be threatened with the loss of supply certainty, and they would have to be unsure every day of where they will be able to get the necessities they need when they need them.

This level of uncertainty drives calls for solutions, and the globalists will be there to offer their pre-planned objectives and “save the day.”

Generally, inflation and shortages lead to price controls, government rationing, government “aid” with strings attached (Universal Basic Income), and eventually nationalization of all production, as well as the attempted confiscation of supplies from people that prepared ahead of time. Redistribution will be the name of the game. Maybe not this year, maybe not next year, but soon enough.

The limited corporate calls for “regionalization” are too little too late, just as the Federal Reserve’s interest rate hikes are too little too late. They all know it, and they don’t care. These actions are only designed to make it appear as if they tried to save the system so they have deniability of their involvement in the crisis.

Stagflation and supply-chain shortages are going to become the all-encompassing issues of our era. They will be terms that are spoken about daily at every dinner table in America and probably through most of the world. These are dangers that were predicted extensively by the liberty media well ahead of time. They are NOT a surprise. And, there are plenty of institutions – corporate and government – that could have done something about them, but they chose not to. It’s important for people to accept the fact that this crisis is not a product of stupidity; it is a product of malicious motives and intent.

With global tensions spiking, thousands of Americans are moving their IRA or 401(k) into an IRA backed by physical gold. Now, thanks to a little-known IRS Tax Law, you can too. Learn how with a free info kit on gold from Birch Gold Group. It reveals how physical precious metals can protect your savings, and how to open a Gold IRA. Click here to get your free Info Kit on Gold.