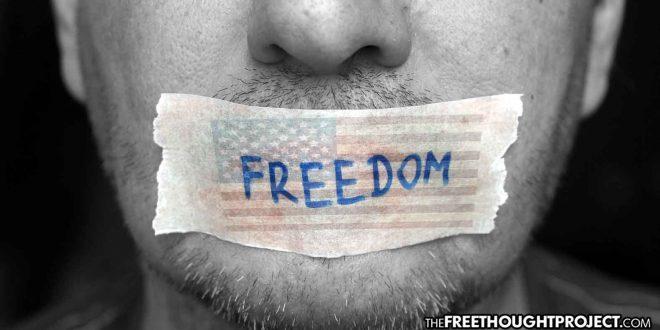 WASHINGTON, DC —In refusing to strike down an overly broad law criminalizing pro-immigration speech, the U.S. Supreme Court has paved the way for the government to punish anyone engaging in so-called “anti-government” speech that encourages resistance to tyranny through civil disobedience. Elevating judicial technicalities and procedure over fundamental rights, the Court unanimously ruled in United States v. Sineneng-Smith that the lower court had overstepped its authority when it, and not the defendant, noticed that the federal statute which makes it a crime to “encourage” undocumented aliens to remain in the country was overbroad in violation of the First Amendment. The Rutherford Institute, in conjunction with the ACLU and the Service Employees International Union, filed an amicus brief in the case arguing that the statute is overbroad and could serve as a model for laws used to punish anyone who urges resistance to government tyranny.

“With every ruling handed down, it becomes more apparent that we live in an age of hollow justice, with government courts, largely lacking in vision and scope, rendering narrow rulings focused on the letter of the law,” said constitutional attorney John W. Whitehead, president of The Rutherford Institute and author of Battlefield America: The War on the American People

. “The justices would do well to heed former Justice William O. Douglas’s reminder that ‘The Constitution is not neutral. It was designed to take the government off the backs of the people.’”

Evelyn Sineneng-Smith is an immigration consultant in California, helping individuals and employers navigate the nation’s complex immigration system so that noncitizens, including undocumented workers, can become lawful and productive residents in the United States.

In the course of assisting two undocumented workers and their employer with the process of obtaining a status that would allow the workers to remain and work in the U.S., Sineneng-Smith prepared and filed paperwork and applications that gave the workers a better chance of eventually obtaining permanent lawful residency status, although obtaining that status still depended on changes in the law extending the workers’ eligibility dates.

Sineneng-Smith was charged with and convicted of violating an immigration statute making it a crime to “encourage” or “induce” an alien to reside in the U.S. in violation of the law.

On appeal, she argued that she had not misled the workers and that statute’s ban on “encouraging” another to stay in the country violates the First Amendment’s.

On appeal, a federal appeals court asked that the issue of the statute’s overbreadth be briefed, and then reversed the conviction on that basis. In overruling the appeals court, the U.S. Supreme Court held that the lower court’s ruling should have been limited strictly to the issues raised by the parties and should not have ruled on the basis of legal defects noticed by the court.

The Rutherford Institute and its partners filed an amicus brief supporting Sineneng-Smith, arguing that the criminal prohibition on “encouraging” aliens to stay in the U.S. discriminates against speech on the basis of its viewpoint in violation of the First Amendment.

January 30, 2020 • Rutherford Asks SCOTUS to Strike Down Law Criminalizing Pro-Immigration Speech, Warns That Law Is So Broad It Could Be Used to Punish Anti-Government Speech

The amicus brief of The Rutherford Institute, the ACLU and the SEIU in United States v. Sineneng-Smith

Constitutional attorney and author John W. Whitehead is founder and president of The Rutherford Institute. He is the author of A Government of Wolves: The Emerging American Police State and The Change Manifesto.
h/t TWS
(Visited 1 times, 1 visits today)
Share
Tweet
Share
Pin