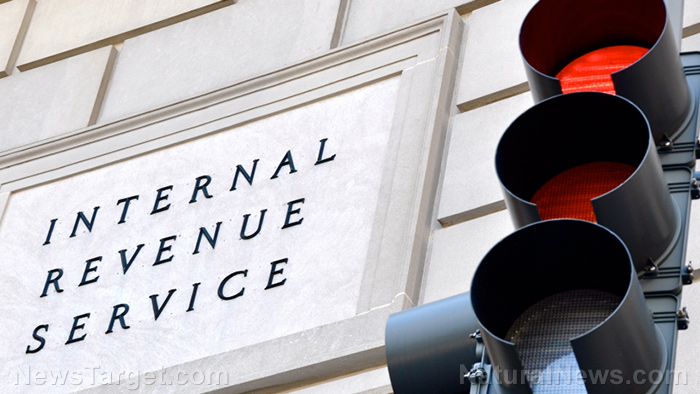 (Natural News) Joe Biden and the deep state Marxists running his regime are succeeding in their bid to not just undo all of the magnificent progress our country made under the policies of a GOP Congress and President Donald Trump, but in completely dismantling our institutions and functions of government.

The latest evidence comes in the form of a “horrific” act by the Internal Revenue Service: The literal destruction of data on at least 30 million tax filers.

As reported by CNBC, a recently revealed audit by the Treasury Inspector General for Tax Administration said that the IRS has disposed of data on millions of taxpayers, which has outraged tax professionals around the country.

Known as paper-filed information returns in tax accounting language, the data is sent every year by financial institutions and employers listing taxable activities including W-2 forms, with subsequent copies then sent to the IRS and individual taxpayers.

The backlog at the IRS, which stems in part from years’ worth of budget cuts, pandemic-related office closures, understaffing, and additional duties, is expected to be cleared up by December, agency Commissioner Charles Rettig has pledged.

The IG’s report does not provide specifics on which returns were disposed of by the agency. However, the news has sparked a wave of angry responses from tax preparation specialists and professionals, which was made worse by another bumpy filing season.

“I was horrified when I read the report describing the destruction of paper-filed information returns,” Phyllis Jo Kubey, a New York-based enrolled agent and president of the New York State Society of Enrolled Agents, told CNBC.

The loss of data is also likely to cause a loss of revenue for the government at a time when the regime is continuing to run a record deficit:

This audit was initiated because the IRS’s continued inability to process backlogs of paper-filed tax returns contributed to management’s decision to destroy an estimated 30 million paper-filed information return documents in March 2021. The IRS uses these documents to conduct post-processing compliance matches to identify taxpayers who do not accurately report their income.

Kubey noted as well that the now-missing information is likely to cause a “mismatch” at the federal tax collection agency because the IRS won’t be able to verify details on an individual taxpayer’s returns.

“Since 2014, the overall percentage of business tax returns e-filed increased from 41 percent to 63 percent. Employment tax returns continue to provide the most significant opportunity for growth in business e-filing,” the IG report noted further.

“The IRS has yet to establish processes and procedures to identify and address corporate, employer, and Heavy Highway Vehicle Use Tax filers that do not comply with e-file mandates. Our analysis of tax return filings identified 15,108 filers that paper-filed 22,569 Tax Year 2018 returns that were required to be e-filed. TIGTA estimates that the processing of these returns cost the IRS $30,196 in comparison to the $3,405 to process the required e-filed tax returns,” it added.

The eventual consequences of the loss of data are not yet known, but tax preparation pros have complained for years about a stream of automated IRS notices that include very limited options to actually reach a live person at the agency.

“If they’re not putting those into the system, there’s going to be discrepancies, which means potential notices that are sent out,” noted Dan Herron, a San Luis Obispo, Calif.-based certified financial planner and CPA with Elemental Wealth Advisors.

Brian Streig, a CPA with Calhoun, Thomson and Matza LLP in Austin, Texas, told CNBC that the loss of data is a “break of our trust” and will put new burdens on the business community.

“Small businesses stress out every year in January trying to accurately prepare these informational returns and get them filed on time,” he said. “To see the IRS just destroy these is almost like the IRS admitting they don’t really care.”