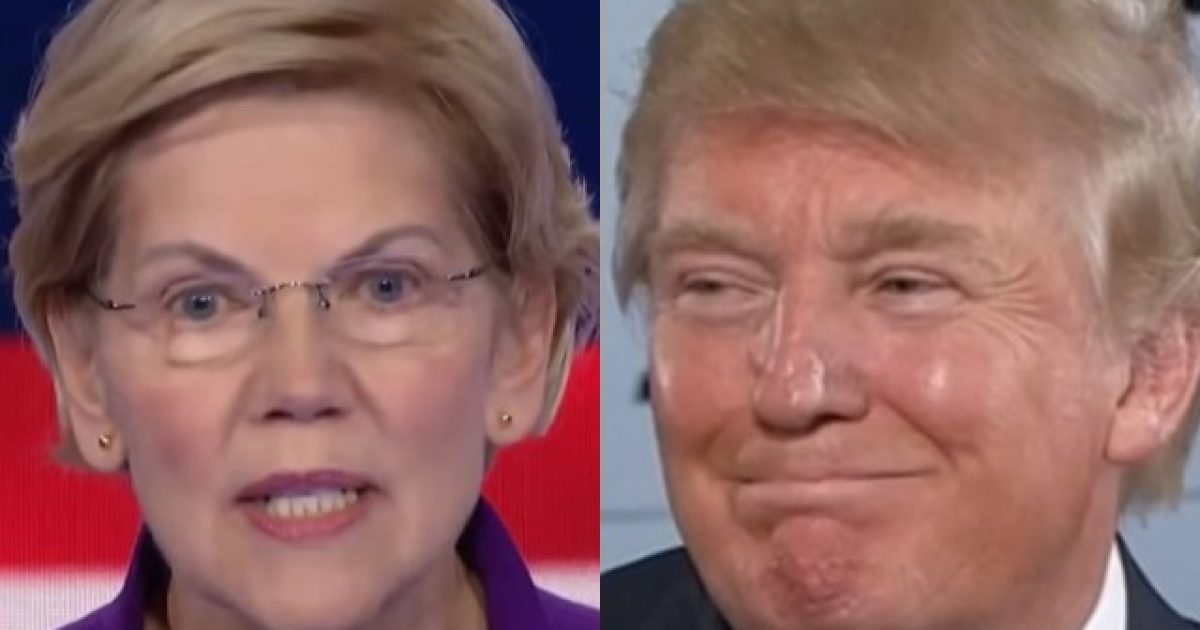 (NationalSentinel) Throughout President Trump’s time in office, Democrats have made one attempt after the other to take him down. It started with claiming that he colluded with the Russian government in order to win the 2016 election. When that didn’t work, the Democrats then accused Trump of obstructing justice. Despite their best efforts, Trump is still president and this drives the left-wing absolutely nuts.

As more time passes, the left’s attempts to bring down the president are getting more and more pitiful. The latest instance comes from 2020 candidate Elizabeth Warren. Fox News reports that Warren pushed to gain access to the president’s communications between Vice President Pence and other officials. The documents which Warren sought pertained to schedule plans for Pence’s Ireland trip.

On Thursday, Warren wrote a letter to Secretary of State Mike Pompeo in order to gain access to the aforementioned communications documents. In this letter, Warren asserts that Trump is reaping financial gains due to “taxpayer expenditures” and Pence’s lodging accommodations at the Trump International Golf Club.

Since Warren failed to get the outcome she wanted, she’s now alleging that “open corruption” exists within the Trump administration.

Once again, the attempt to take down the president and his administration has resulted in massive failure for Democrats.

The True Face of Corruption

It’s quite interesting that Warren would assert that corruption is happening in the Trump administration. It’s a narrative which Democrats have been trying to promote for quite some time, but if the left is serious about finding corruption in politics, they should look no further than themselves.

Corruption is when a political party makes it their mission to relentlessly target an administration because they’re unhappy with the election results. Refusing to let go of senseless, unfounded allegations and pushing fake narratives in the media is the true face of “open corruption.” Never again can Democrats point the finger and accuse Republicans of corruption.

It’s very clear from Warren’s latest actions that the left-wing has yet to learn their lesson. 2020 is going to be an extremely rude awakening for the Democrat Party.

Republished from The Conservative Brief.