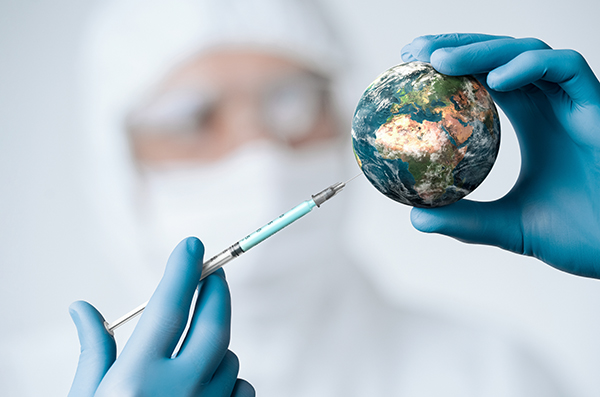 (Natural News) Over the past several years of COVID, how many times do you remember ‘virologists‘ saying they were NOT making chimeric SARS viruses more deadly? How many??? Despite calling out their ‘weaponizations‘ of viruses as ‘a conspiracy theory,’ as the Daily Mail reports in this new story, a Boston University laboratory has just created a COVID virus with a 80% kill rate in humanized mice.

Just the latest proof that the so-called ‘conspiracy theorists‘ weren’t so crazy after-all, as the top-voted comment asked and pointed out on that DM story, “Why is the government funding this nonsense? Pull their funding and take repayment from their endowment! Nonsense!”

With several other comments on that story also pointing out the obvious, such as “What will liberals think of next to kill all of us?,” “Gain of function should be banned this is how we kill off millions, this is the work of the WEF,” “The US government should instruct these pandora’s box scientists to destroy all the viruses. Why oh why do they want to destroy all their fellow humans?” and “80% Mortality rate? Well if it was up to me it would be 100% Mortality rate, for every single person who took part,“ as another commenter pointed out and asked, “Sick nasty people. How about cure cancer or eradicate poverty?”

Yet curing cancer or eradicating poverty would save lives and eventually end up increasing the population of the planet, instead of decreasing the population as the globalists believe in their insane minds they need to do to, and a virus weaponized with an 80% kill rate would go a long ways towards helping them accomplish that in this day and age we’re now living in. From this Daily Mail story.:

Boston University scientists were today condemned for ‘playing with fire’ after it emerged they had created a lethal new Covid strain in a laboratory.

DailyMail.com revealed the team had made a hybrid virus — combining Omicron and the original Wuhan strain — that killed 80 per cent of mice in a study.

The revelation exposes how dangerous virus manipulation research continues to go on even in the US, despite fears similar practices may have started the pandemic.

Professor Shmuel Shapira, a leading scientist in the Israeli Government, said: ‘This should be totally forbidden, it’s playing with fire.’

Gain of function research – when viruses are purposefully manipulated to be more infectious or deadly – is thought to be at the center of Covid’s origin.

A Chinese laboratory located just miles from the first cluster of cases carried out similar research on bat coronaviruses.

But the practice has been largely restricted in the US since 2017.

Dr Richard Ebright, a chemist at Rutgers University in New Brunswick, New Jersey, told DailyMail.com that: ‘The research is a clear example of gain of function research.

He added: ‘If we are to avoid a next lab-generated pandemic, it is imperative that oversight of enhanced potential pandemic pathogen research be strengthened.’

But while the practice was restricted in the US since 2017, we shouldn’t be the least bit surprised the ‘deep state‘ had instead moved that practice to other locations, such as Ukraine, where Russia had claimed US was operating such labs illegally, weaponizing killer germs on Russia’s border.

And while the globalists mass media machine went to work immediately after Russia made those claims, attempting to debunk them, in this day and age of Boston University weaponizing COVID with an 80% kill rate and the globalists desperate to kill off a sizeable portion of the world’s population by the year 2025, who are we to believe?