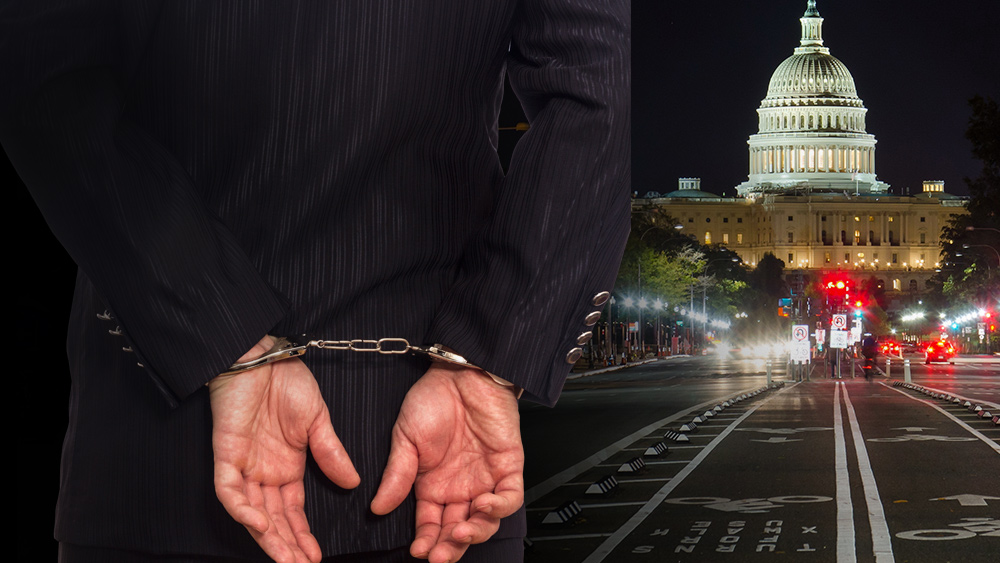 (Natural News) Last Friday, we warned that radical left-wing political activists were organizing “kill teams” to stage home invasions of U.S. Senators and murder their families as they swept.

Today, U.S. Capitol Police have made the first of what will be many arrests against the radical left-wing traitors and terrorists who are attempting to carry out “kill team” operations against prominent conservatives in America. Earlier today, Capitol Police arrested a left-wing staffer named Jackson Cosko, who allegedly carried out the doxxing of U.S. Senators. (h/t to The Gateway Pundit)

Another man suspected of mailing ricin (a deadly toxin) to Defense Secreatry James Mattis was also arrested in Utah today (see below).

“Doxxing” is the practice of publishing someone’s home address, private cell number, social security number or other details that, in this case, can be used by violent left-wing kill teams to target the private homes of GOP Senators. The Senators who were doxxed include Sen. Mike Lee, Sen. Orrin Hatch and Sen. Lindsey Graham.

The Senators doxxed in this operation have all received numerous death threats from deranged, lunatic Leftists who are angry that they lost the 2016 election and therefore don’t get to choose U.S. Supreme Court nominees.

Jackson Cosko is a “cybersecurity graduate student,” meaning he is supposed to be an expert in cybersecurity. After the doxxing incident, the IP address of the computer that initiated the doxxing activity was traced to the U.S. House of Representatives. Many observers initially suspected it might have been linked to the office of Rep. Maxine Waters, a radical left-wing Trump hater who has openly espoused left-wing violence toward conservatives. (Her mental health has also been increasingly questioned by most conservatives, including President Trump.)

According to Breitbart News, Captain Tyson Budge of the Logan Utah Police Department announced the arrest of a man suspected of sending ricin poison to both President Trump and Pentagon officials:

A spokesperson for the U.S. attorney for Utah identified the suspect as William Clyde Allen III.

Authorities at a Pentagon mail screening facility were investigating two envelopes suspected of containing ricin, a poison made from castor beans. Those letters were addressed to Defense Secretary Jim Mattis, who is traveling in Europe this week, and the Navy’s top officer, Adm. John Richardson, a defense official said.

The arrests have begun! The only question now is when will Sen. Feinstein be investigated and arrested for witness tampering, obstruction of justice and lying to the U.S. Senate?

And when will Hillary Clinton be arrested for destroying evidence and obstructing justice? Come to think of it, when will Barack Obama be arrested for money laundering, abuse of power and authorizing the illegal spying on U.S. citizens?

Keep reading this website to stay informed as the Trump administration ramps up the mass arrests of deep state traitors and left-wing terrorists.