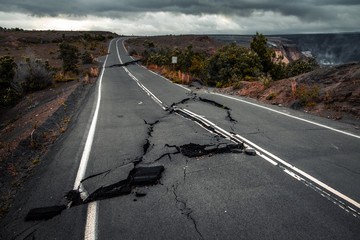 In the aftermath of a recent swarm of earthquakes on the San Andreas fault, seismologists say the chance of larger quake is “significantly elevated.” The “Big One” is making headlines once again.

According to the U.S. Geological Survey, the dozens of tremors began in the early morning on Monday, ranging in size from a 2.6 magnitude quake to a 4.6 magnitude quake northwest of Palm Springs and the Salton Sea. This swarm has reignited the fears of the “big one.”

The area is overdue for a “Big One.” Larger-scale quakes on the San Andreas Fault are expected every 200 years on average, and the southern area has not seen action since 1680 to 1690, according to a report by Fox News. The swarm marks only the fourth time in almost 90 years of modern seismology records that such an incident has occurred in that part of the Golden State.

“During this earthquake swarm, the probability of larger earthquakes in this region is significantly greater than usual. The southernmost section of the San Andreas Fault is capable of rupturing in large-magnitude earthquakes (magnitude 7+), but the last earthquake that strong was more than 300 years ago,” the Geological Survey said in a Monday statement.

“In a typical week, there is approximately a 1-in-10,000 chance of a magnitude 7+ earthquake on the southernmost San Andreas Fault. That probability is significantly elevated while swarm activity remains high,” they wrote. A calculated 1-in-100 chance of a high-magnitude quake in the next week is a worrying rise from the normal 1-in-10,000 odds.

Earthquakes: What To Expect, What To Do During A Quake, And How To Prepare

Be prepared for anything. While this could be fear-mongering, if you live in the area of this swarm, it may something you should pay attention to. Get your bug out bag ready and make sure your entire family knows what to do if a massive earthquake hits.

Brace yourselves for a crazy end to 2020. I have no idea if there will be an earthquake or not on the San Andres, however, other events the mainstream media is attempting to control the narrative on will surface later this year, and it’s important to be as prepared as you can be for almost anything.