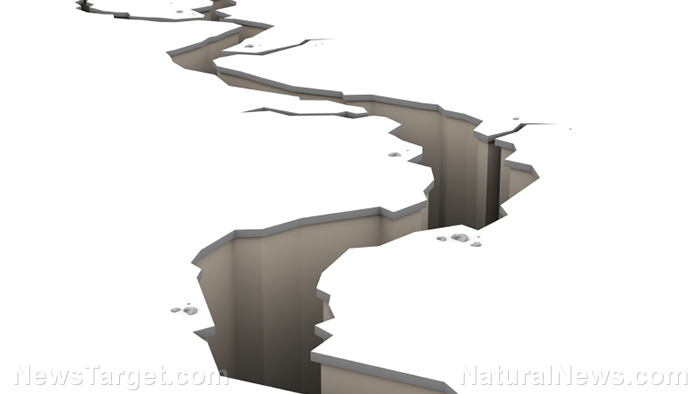 Editor’s Note: It’s easy to be lulled into a false sense of security when it comes to natural disasters. But it is not a matter of IF a devastating earthquake will rip the west coast apart, it is a matter of WHEN it will happen. Hopefully it will not happen in our lifetime, but recent activity seems to indicate that it will happen in our lifetime and possibly very soon.

(Natural News) The West coast could soon be transformed by a devastating mega-earthquake — but not where you might expect. The San Andreas Fault may be the most famous fault line, but experts say that the Cascadia subduction zone now poses an even bigger threat. According to reports, the next full-margin rupture along Cascadia will be the most catastrophic natural disaster to ever strike North America. Located in the Pacific Northwest, a quake at the Cascadia subduction zone would be of epic proportions, perhaps even exceeding a magnitude of 9.0. The violent earthquake will then be followed by an enormous tsunami.

FEMA predicts that at least 13,000 people will die during the Cascadia quake and tsunami, and another 27,000 will be injured.

This is also known as “subducting,” — that’s why the fault line is called a “subduction zone.” The name “Cascadia” comes from the nearby Cascade Range, a chain of volcanic mountains.

Most of the time, tectonic plate movement goes unnoticed — but sometimes, where borders meet, it is very noticeable. Experts say that the North America plate has gotten “stuck” on the Juan de Fuca. The plates can deal with this for quite some time, but eventually a “rebound” will occur.

It’s estimated that the quake will impact everything around it for 140,000 square miles. An array of cities fall into this danger zone. In Washington: Seattle, Tacoma, and Olympia; and in Oregon: Portland, Eugene, and Salem. FEMA expects that there will be at least one million people displaced by the catastrophic seismic event.

Reports suggest that in all, some seven million people will be affected if and when the Cascadia subduction zone goes off.

When the quake comes

Scientists are still struggling to make predictions about when the Cascadia might rupture. The first sign the rupture has actually happened will be a “compressional wave,” which feels like a sudden jolt but not considered dangerous. These waves travel fast enough to be detected 30 to 90 seconds before other seismic waves.

This valuable time can be used to deploy earthquake response measures, but the PNW is wholly unprepared for such a disastrous earthquake.

Strange Sounds explains both Oregon and Washington face the real risk that the earthquake will cause many other small disasters. Once the quake starts, it can start a process called “liquefaction,” wherein solid ground starts behaving like water.

Fifteen per cent of Seattle is built on liquefiable land, including seventeen day-care centers and the homes of some thirty-four thousand five hundred people. So is Oregon’s critical energy-infrastructure hub, a six-mile stretch of Portland through which flows ninety per cent of the state’s liquid fuel and which houses everything from electrical substations to natural-gas terminals. Together, the sloshing, sliding, and shaking will trigger fires, flooding, pipe failures, dam breaches, and hazardous-material spills.

The damage done by any number or combination of these incidents may well exceed the actual earthquake. Cascadia hasn’t experienced a major earthquake since 1700, and experts are concerned that it is long overdue. Recent tidal gauge data has captured an uptick in seismic activity. Whether it’s the “big one” or the “really big one,” preparedness ought to be a top priority for residents of the Pacific Northwest.

Learn more about preparing for disaster at Preparedness.news.