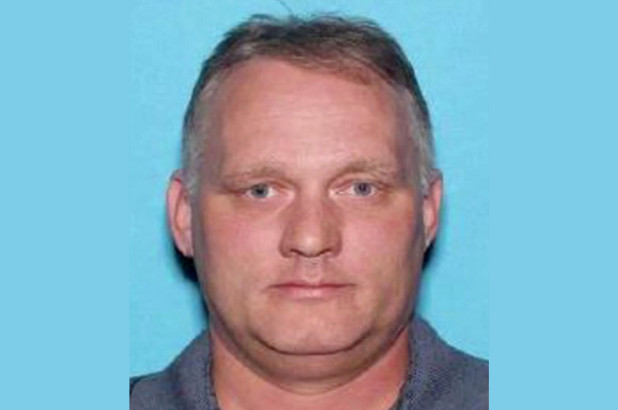 We are told that at 9:50 a.m. on Saturday, October 27, 2018, a bearded, heavy-set white male armed with an assault rifle and three Glock handguns, burst into the Tree of Life Synagogue during Sabbath services in the Squirrel Hill neighborhood of Pittsburgh, Pennsylvania. Screaming “All Jews must die!,” Bowers shot and killed 11 people and wounded a half-dozen more, including four police officers, before surrendering.

By 9:54 a.m., police began receiving calls from people barricaded in the building reporting the attack. At 9:59 a.m., police arrived at the synagogue. The gunman fired on police from the synagogue, wounding two officers.

At 10:30 a.m., tactical teams entered the building and were again fired upon by the gunman. Officers returned fire and wounded him, leading him to retreat to a room on the third floor of the synagogue. In the exchange of gunfire two SWAT members were also wounded, one critically.

At 11:08 a.m., the gunman crawled out of the room in which he was hiding and surrendered. As he received medical care in police custody, he allegedly told a SWAT officer that he wanted all Jews to die, and that Jews were committing genocide to his people, according to a criminal complaint filed in Allegheny County.

The shooting was the deadliest attack on the Jewish community in U.S. history, according to Wikipedia.

The suspect is Robert Gregory Bowers, born September 4, 1972, age 46, a resident of Baldwin, PA. He was arrested and charged with 29 federal crimes and 36 state crimes:

The alleged lone shooter seems to be straight out of Hollywood central casting for a “far right” anti-Semitic monster. This is what Wikipedia says about Robert Bowers, with source footnotes:

Neighbors described Bowers as “a ghost” and said that he rarely interacted with others.[53] He was reported to have been heavily involved in far-right websites such as Gab and had promoted anti-Semitic conspiracy theories online social media.[59]

Gab has been described as “extremist friendly”[60] for neo-Nazis, white supremacists, and the alt-right.[60] Bowers’ Gab profile was registered in January 2018 under the handle “onedingo”, and the account’s description was: “Jews are the children of Satan (John 8:44). The Lord Jesus Christ [has] come in the flesh.” …[H]e criticized President Donald Trump for being a “globalist, not a nationalist”[67]and for supposedly being controlled and surrounded by Jews.[68] In another post, he wrote, “There is no #MAGA as long as there is a kike infestation.”[56] Other posts attacked African Americans with racial slurs and images related to lynching, and attacked women who have relationships with black men.[69] He also used his online accounts to post conspiracy theories regarding investor and philanthropist George Soros.[70]

…He claimed that Jews were aiding members of Central American caravans moving towards the United States border and to have referred to members of those caravans as “invaders”.[12]

…After the shooting, Gab suspended Bowers’ profile and pledged to cooperate with the criminal investigation.[61][66] Shortly after the attack, PayPal, Stripe, Joyent, and Medium pulled support for Gab, and GoDaddy, which the Gab domains were registered under, required Gab to relocate their domain name hosting to a different service in the wake of the shooting, effectively shutting Gab down in the short term.[73]

Note: As of today, Gab is still down. Read their message here.

Bowers was charged by the US Department of Justice with 29 federal crimes.[4][6][74]

The crimes of violence are based upon the federal civil rights laws prohibiting hate crimes.[76]

Bowers appeared in federal court in Pittsburgh on October 29, to hear the charges against him. His attorney was appointed by the court and he was remanded to the custody of the United States Marshals Service without bail pending further hearings.[77]Bowers was indicted by the federal grand juryon October 31. The charges carry a maximum penalty of death or 535 years in federal prison.[78] On November 1, Bowers entered a plea of not guilty, “as is typical at this stage of the proceedings” his public defender said.[79]

The above account sounds pretty straight forward, doesn’t it? The only problem is this: The information we find on Robert Gregory Bowers doesn’t fit the official narrative.

Here are 7 things that are very strange about this shooting:

(1) There is no arrest of a 46-year-old male or of anyone in the Squirrel Hill neighborhood in the Pittsburgh Bureau of Police’s Incident Blotter for Saturday, October 27, 2018. See for yourself here. The Incident Blotter for Sunday, October 28, 2018, has no arrests in the Squirrel Hill neighborhood, but an arrest of a 46-year-old male in the Bluff neighborhood for “Possession of Controlled Substance, Tampering with or Fabricating Physical Evidence, Paraphernalia – Use or Possession”.

(2) Pittsburgh is in Allegheny County, PA. But Allegheny County Police News shows no arrest or crime committed in the county for October 27, 2018. Below is a screenshot I took of the web-page:

(3) However, according to the Butler Eagle, on October 30, 2018, Robert Bowers inexplicably was transferred out of Allegheny County Jail to Butler County Prison and will be held there “indefinitely” — “It was not immediately clear why Bowers, who faces 29 murder and federal hate crime charges, was transferred to Butler County.” Reportedly, Butler County Prison officials are angry because they had not been consulted about the move and found out about it hours after he had been transferred. Butler County District Attorney Richard Goldinger, who’s also a member of the county prison board, told the Pittsburgh Post-Gazette: “I’m not happy about it. I don’t think that it’s our responsibility to be housing him. He’s allegedly committed a heinous act, and I don’t think we should be responsible for him while he’s awaiting his trial.”

Here’s a screenshot of Bowers in Butler County Prison on Vinelink:

(4) I could find no Robert G(regory) Bowers, age 46, born on Sept. 4, 1972, a resident of Baldwin, PA, using two paid people search engines, Spokeo and Truthfinder. According to Spokeo, there are 258 people named Robert Bowers in Pennsylvania (there are duplicate names). Of those 258 Robert Bowers:

According to Truthfinder, of the 100 results for Robert Bowers in PA:

In other words, neither Spokeo nor Truthfinder found synagogue shooter Robert G. (for Gregory) Bowers, age 46, who was born in September 1972, and is a resident of Baldwin, PA.

The closest is Robert D. Bowers, age 46, for whom Spokeo found email addresses and a Reddit handle of “onedingo”. Recall that synagogue shooter Robert Gregory Bowers had used “onedingo” for his handle on Gab. But according to Truthfinder, Robert Duane Bowers, age 46, was born in January (not September) 1972, lives in Wellsboro, PA, and is not associated with the word “onedingo”.

To add to the confusion, the Associated Press had the synagogue shooter’s name as Robert D. Bowers (instead of Robert G. Bowers). The screenshot below is from the Washington Post:

(5) Who does this before shooting people? — As reported by CNN, just 5 minutes before he started shooting, Robert Bowers actually took the time to write on his Gab page: “HIAS likes to bring invaders in that kill our people. I can’t sit by and watch my people get slaughtered. Screw your optics, I’m going in.” (HIAS is a Hebrew immigrant aid group.)

(6) Although the surname Bowers is Saxon in origin, Bowers is also a variation of Bauer. Bauer is a German and Jewish (Ashkenazic) surname, which means anti-Semite Robert G. Bowers may be Jewish.

Why would everyone at a bris be so old? Why would Bowers target only the elderly? If you were angry at Jews, would you target a 97-year-old lady? …she is going to be dead soon anyway….