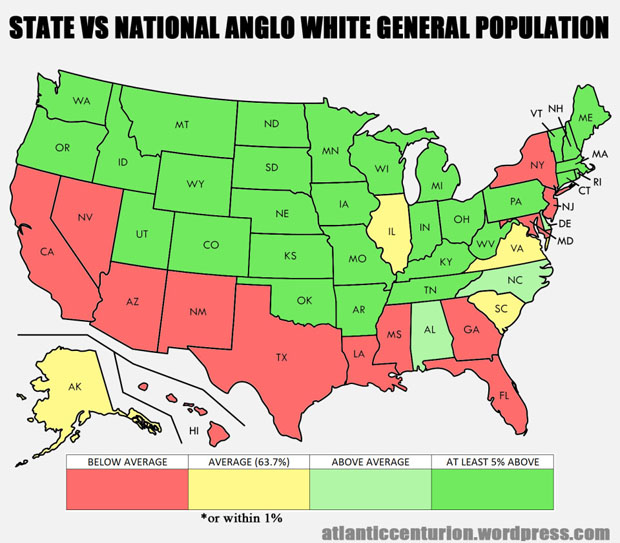 In the beginning of his book, Suicide of the West (1964), James Burnham wrote, “While working on this book one morning, I happened to come across, lingering on a remote shelf, an historical atlas left over from my school days long, long ago. I drew it out and began idly turning the pages.”

Leafing through an historical atlas of this sort, we see history as if through a multiple polarizing glass that reduces the infinite human variety to a single rigorous dimension: effective political control over acreage. This dimension is unambiguously represented by a single clear color — red, green, yellow, blue . . . — imposed on a particular segment of the outline world. The red on Italy, Gaul, Spain, Egypt means Roman Rule; the blue means Parthian Rule; the uncolored fringes mean the amorphous anarchy of barbarism.

What of our own Western civilization, then, viewed through this unsentimental lens? More than half the pages of this old atlas of mine are used to chart its course. In the seventh and eighth centuries its birth pangs can be seen succeeding hard on Rome’s death agonies, until the West is shown plainly alive and breathing in the compact purple that marks ‘The Carolingian Empire About 814 B.C.’ From then on it moves unceasingly outward over the globe from its West European heartland. In the fifteenth century it bursts from West Europe and the Mediterranean into Africa, Asia, the Americas, Oceania and all the seas. The last map in my atlas’ Western series — a double-size inserted page is needed for it — is entitled, ‘Colonies, Dependencies and Trade Routes, 1914;’ and there before your eyes you can see at once that in A.D. 1914 the domain of Western civilization was, or very nearly was, the world.

My atlas ended there; but as I closed it that morning and replaced it in its dark corner, my imagination was automatically carrying the series of maps forward over the intervening five decades: Territories and Possessions of the Major Powers in 1920, at the Founding of the League of Nations; Eastern Europe at the Conclusion of the Second World War; Asia and Oceania in 1949, after the Communist Conquest of Mainland China; Decolonization of Africa in the Period 1951-196x [sic]. . . .

The trend, the curve, is unmistakable. Over the past two generations Western civilization has been in a period of very rapid decline, recession or ebb within the world power structure. I refer here to the geographic or what might be called “extensive” aspects only. . . a fact so obvious and undeniable that it can almost be thought of as self-evident. . . Let us say only: ‘Western civilization has been contracting;’ and speak of “the contraction of the West.”

He concludes that section of the book by stating flatly, “. . . in the simple, straight-forward atlas sense, the West has, for two generations, been contracting.”

Burnham was undeniably correct, but his thinking was incomplete. The West’s geographic contraction can be seen not just internationally, but domestically as well. In the United States as much as in Europe, huge swaths of territory that still remains technically Occidental is all but lost to the white world linguistically, culturally, and demographically. And this too can be seen through cartography. Whereas maps of America from one and two hundred years ago show a steady expansion, those portraying the US sociologically over the last several decades show the opposite. Below, find 13 maps that show the steady dispossession of white America.