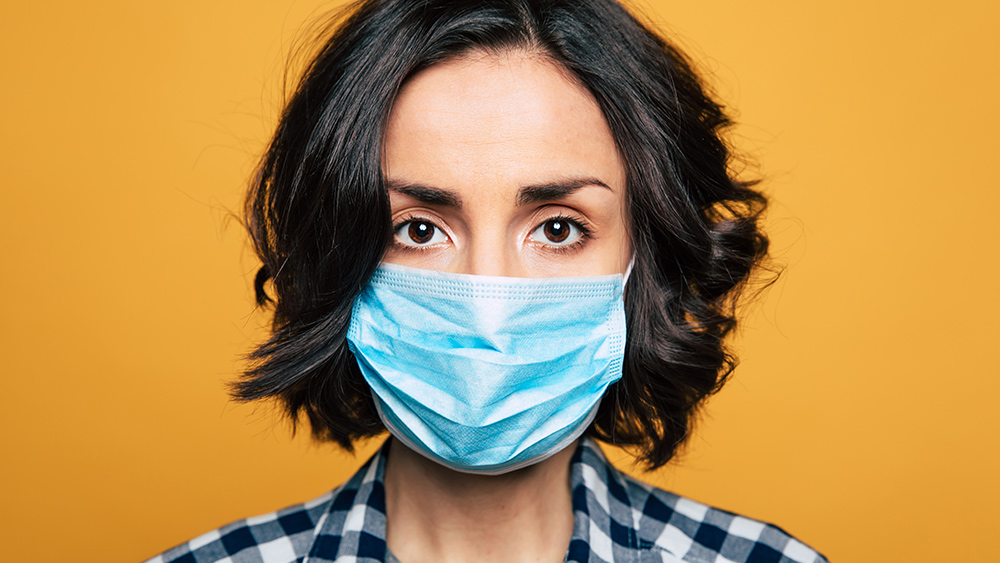 (Natural News) The mental midgets and intellectual incompetents who run and work at CNN continue to tank in ratings because they’re not smart enough to figure out that ‘let’s hate on America 24/7/365’ is not the best strategy to use if you’re trying to attract more viewers.

But that’s what the network continues to do despite our best efforts to give them some friendly advice from time to time — like now — that the strategy is a loser.

The latest inanity to emanate from those purveyors of perpetual Trump and ‘Merica hate is the overt suggestion that wearing a mask to protect yourself and others — including, presumably, those dorks at CNN — is racist.

Yeah, we know. But there it is.

As reported by Paul Joseph Watson of Summit.news:

Noting that the CDC has encouraged all Americans to wear face masks in the fight against COVID-19, Trevor Logan, an economics professor at Ohio State University, says he “will not be following this guidance.”

On social media and in interviews with CNN, a number of people of color — activists, academics and ordinary Americans — expressed fears that homemade masks could exacerbate racial profiling and place blacks and Latinos in danger. https://t.co/hgJ435erKz

“We have a lot of examples of the presumed criminality of black men in general,” Logan, who presumably isn’t knowledgeable about FBI crime statistics, told CNN.

“And then we have the advice to go out in public in something that … can certainly be read as being criminal or nefarious, particularly when applied to black men,” he added, noting how, in his view, a black man wearing a face mask “looks like almost every criminal sketch of any garden-variety black suspect.”

In his article, CNN’s Fernando Alfonso III referenced how on social media “a number of people of color — activists, academics and ordinary Americans — expressed fears that homemade masks could exacerbate racial profiling and place blacks and Latinos in danger.”

Even insinuating as much is racist

Right; so, in sum, any blacks or Hispanics who wear facemasks at a time when a large number of other Americans (of any skin color) are also wearing them, they are going to be mistaken for criminals because they’re not white. (Related: Shopping at Walmart now resembles a police state FEMA camp experience thanks to coronavirus: Our dystopian future has arrived.)

“Whether that is more closely related to institutional racism or the fact that black people and Hispanics are overrepresented in crime statistics, I’ll leave to the reader to decide,” Watson added.

There’s a line in “A Charlie Brown Christmas” where Linus admonishes his bald friend, “Charlie Brown, you’re the only person I know who can take a wonderful holiday like Christmas and turn it into a problem.”

Change a few words and insert “CNN” and you get our drift. Only CNN (okay, and some other Left-wing ‘mainstream media’ outlets) can take protecting ourselves from the COVID-19 virus “and turn it into a problem.”

And what is that problem, nearly always? ‘Racism.’ Or ‘bigotry.’ Or some other skin-color reference. And it’s always white people who are responsible, somehow, for the self-created problem.

This is not to say there aren’t prejudices and biases in our world. Of course, there are. But they are not ‘owned’ by a single race. It’s never been true that only white people are racists and bigots and only black and Hispanic people are wrongly accused.

Even insinuating as much is racist. And stereotypical — which is one of the ‘problems’ CNN created with is bogus article.

We don’t recall the CDC recommending masks only for whites or only for blacks or only for Hispanics, but for all Americans as a protective measure.

And there is this: If minorities tend to feel like they are being looked at nefariously for wearing a mask, we have to ask, where do you normally hang out? What are your normal activities? Do you invite these feelings of mistrust?

The perpetuation of this fake narrative of America being ‘all racist all the time’ even during a pandemic when our government is attempting to keep people safe is disgusting. But it’s typical from CNN.