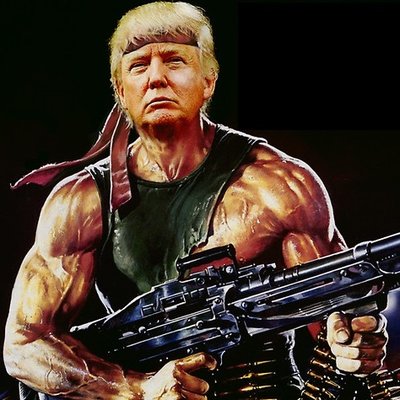 Trump Shook the Nation Awake From its Sleepwalk Towards Globalism

President Trump’s sin was his success in reawakening national pride and our sense of sovereignty. And it wasn’t just here in the United States,

it was across much of Europe. Britain finally splitting off from the EU, and other nation-states rethinking their move towards global “unity” were the result of what was happening here in America.

Unlike every other politician, President Trump didn’t just talk about national success, he drove Washington and our government in a direction it had no desire to go. Both ends of this farcical two-party political system were moving in unison—towards surrendering national sovereignty and financial success. In order to convince the American people that a global government was essential, the population had to be suffering to the point they were willing to accept it.

Globalism doesn’t work if there is too much economic disparity among nations or residual feelings of national pride. All of this had to be changed in order to bring Western Industrialized nations in line with their Third World counterparts. Here was the plan, and it almost worked!

Step 1: strip the nation of its preeminence in manufacturing by moving factories offshore and making the cost of mining raw materials prohibitive.

Step 2: sign treaties with other nations, disadvantaging our workers

Step 6: flood the nation with uneducated, unskilled people who had no loyalty to their new home. With no prospects for employment, they drain the economy and bring down wages for American low-skilled workers.

Step 8: Via treaties, turn over decision-making to a global government that is unaccountable to our citizens, thereby neutralizing their constitutional rights.

End result? Wages and the standard of living in industrialized countries plummet while poorer nations are eventually brought up level with the new Western normal.

The games congress continues to play with our huge budget deficits and spiraling debt are all designed to drive our nation to insolvency, as were the crippling trade agreements with other nations which resulted in the loss of millions of high-wage jobs and our mining and manufacturing industries. At a critical point, we would be “bailed out” by global financial institutions, in return for relinquishing control over our government, and the erasure of our Constitution.

But it all got derailed by one man

President Trump did what no Washington insider could or would have done. He has lured manufacturing back to our shores via tax reductions and opened up critical mining operations by removing job-killing EPA restrictions.

The President ignored the establishment toadies in the State and Commerce Departments. Using tariffs, he drove our trading partners to the negotiating table with their hats in their hands. The results are evident everywhere. Every nation Trump has negotiated with has ended up making huge concessions.

While our nation is still very dependent on the service sector of our economy, even those service workers are getting better pay, and a robust business sector has brought back many of our middle-class jobs. There is still major pressure on politicians to push for an increase in foreign worker visas, but resistance and public statements by this administration have shined a spotlight on this issue and the negative impact it has on American workers.

Instead of hiding our national pride under a basket, President Trump has been the nation’s cheerleader with his “America First” policies. Institutions that promote patriotism and national pride, like the Boy Scouts, are under siege by leftist forces. Capitalism had been under assault for the entire Obama presidency, but now citizens are realizing that a rising tide truly does lift all boats. Watching neighbors like Venezuela, our citizens realize that the empty promises of socialism only lead to chaos and poverty.

President Trump began disengaging from global institutions like the United Nations and ripping up bogus environment agreements which would have disadvantaged our nation. This administration has sent a clear message to our allies and our enemies. Even NATO has been affected by Trump’s demand that other nations pay their fair share.

While our congress continues to spend us further and further into debt, Trump has attempted to counter these effects by increasing our Gross Domestic Product. The tax reductions that began his presidency have actually increased federal income. The stock market has reached soaring heights, with no upper limit in sight. The housing market has stayed solid. Unemployment numbers are at all-time lows and wages for everyone have risen. And all of this without a rise in inflation.

Under relentless attack by toadies for the Deep State globalist factions in business, politics and the media, our President needs us to stand behind him. Let’s give him a better House and Senate in 2020. Get out in the streets and yell just as loudly as the TDS anti-Trumpers. If we plan on protecting the voices of the conservative movement, we need new Rules of Engagement!

Those who vehemently oppose Trump are doing everything in their power to burn down the house. Impeachment crazies and street thugs in ANTIFA, in conjunction with the State-run media, will do everything they can to take back control of our country. We simply cannot allow anyone to put us back on a trajectory towards globalism.

One man, standing against the entire global establishment—just another day at the office for President Donald Trump. President Obama crowed, “Yes we can,” but President Trump can say, “Yes we did!”