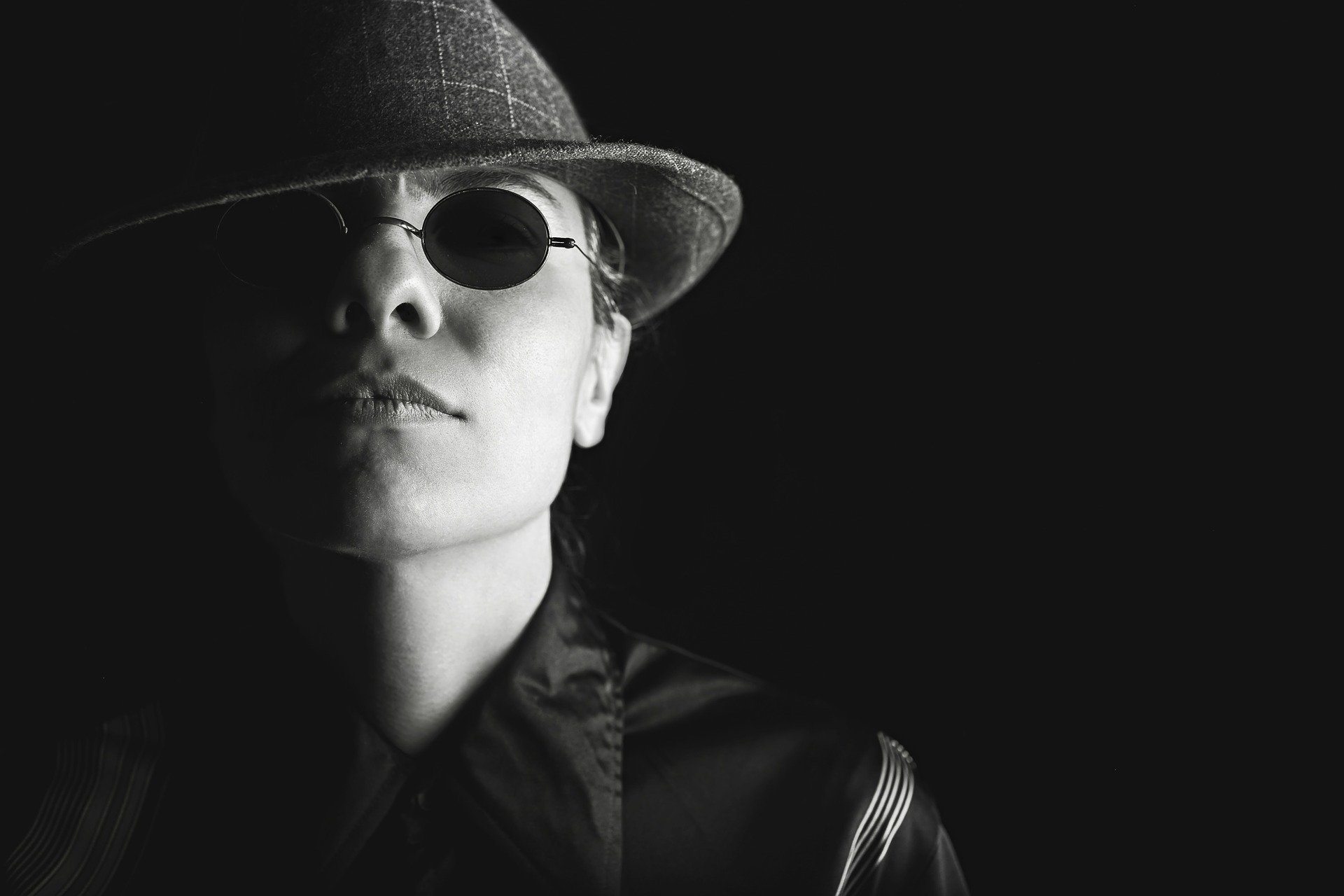 There are a lot of unpleasant things in George Orwell’s dystopian novel 1984. Spying screens. Torture and propaganda. Victory Gin and Victory Coffee always sounded particularly dreadful. And there is Winston Smith’s varicose ulcer, apparently a symbol of his humanity (or something), which always seems to be “throbbing.” Gross.

None of this sounds very enjoyable, but it’s not the worst thing in 1984. To me, the most terrifying part was that you couldn’t keep Big Brother out of your head.

Unlike other 20th-century totalitarians, the authoritarians in 1984 aren’t that interested in controlling behavior or speech. They do, of course, but it’s only as a means to an end. Their real goal is to control the gray matter between the ears.

“When finally you surrender to us, it must be of your own free will,” O’Brien (the bad guy) tells the protagonist Winston Smith near the end of the book.

We do not destroy the heretic because he resists us: so long as he resists us we never destroy him. We convert him, we capture his inner mind, we reshape him.

Big Brother’s tool for doing this is the Thought Police, aka the ThinkPol, who are assigned to root out and punish unapproved thoughts. We see how this works when Winston’s neighbor Parsons, an obnoxious Party sycophant, is reported to the Thought Police by his own child, who heard him commit a thought crime while talking in his sleep.

“It was my little daughter,” Parsons tells Winston when asked who it was who denounced him. “She listened at the keyhole. Heard what I was saying, and nipped off to the patrols the very next day. Pretty smart for a nipper of seven, eh?”

Who Are These Thought Police?

We don’t know a lot about the Thought Police, and some of what we think we know may actually not be true since some of what Winston learns comes from the Inner Party, and they lie.

What we know is this: The Thought Police are secret police of Oceania – the fictional land of 1984 that probably consists of the UK, the Americas, and parts of Africa – who use surveillance and informants to monitor the thoughts of citizens. The Thought Police also use psychological warfare and false-flag operations to entrap free thinkers or nonconformists.

Those who stray from Party orthodoxy are punished but not killed. The Thought Police don’t want to kill nonconformists so much as break them. This happens in Room 101 of the Ministry of Love, where prisoners are re-educated through degradation and torture. (Funny sidebar: the name Room 101 apparently was inspired by a conference room at the BBC in which Orwell was forced to endure tediously long meetings.)

The Origins Of The Thought Police

Orwell didn’t create the Thought Police out of thin air. They were inspired to at least some degree by his experiences in the Spanish Civil War (1936-1939), a complicated and confusing affair. What you really need to know is that there were no good guys, and it ended with left-leaning anarchists and Republicans in Spain crushed by their Communist overlords, which helped the fascists win.

Orwell, an idealistic 33-year-old socialist when the conflict started, supported the anarchists and loyalists fighting for the left-leaning Second Spanish Republic, which received most of its support from the Soviet Union and Josef Stalin. (That might sound bad, but keep in mind that the Nazis were on the other side.) Orwell described the atmosphere in Barcelona in December 1936 when everything seemed to be going well for his side.

The anarchists were still in virtual control of Catalonia and the revolution was still in full swing … It was the first time that I had ever been in a town where the working class was in the saddle,

he wrote in Homage to Catalonia.

[E]very wall was scrawled with the hammer and sickle … every shop and café had an inscription saying that it had been collectivized.

That all changed pretty fast. Stalin, a rather paranoid fellow, was bent on making Republican Spain loyal to him. Factions and leaders perceived as loyal to his exiled Communist rival, Leon Trotsky, were liquidated. Loyal Communists found themselves denounced as fascists. Nonconformists and “uncontrollables” were disappeared.

Orwell never forgot the purges or the steady stream of lies and propaganda churned out from Communist papers during the conflict. (To be fair, their Nationalist opponents also used propaganda and lies.) Stalin’s NKVD was not exactly like the Thought Police – the NKVD showed less patience with its victims – but they certainly helped inspire Orwell’s secret police.

The Thought Police were not all propaganda and torture, though. They also stem from Orwell’s ideas on truth. During his time in Spain, he saw how power could corrupt truth, and he shared these reflections in his work George Orwell: My Country Right or Left, 1940-1943.

…I saw newspaper reports which did not bear any relation to the facts, not even the relationship which is implied in an ordinary lie. I saw great battles reported where there had been no fighting, and complete silence where hundreds of men had been killed. I saw troops who had fought bravely denounced as cowards and traitors, and others who had never seen a shot fired hailed as the heroes of imaginary victories; and I saw newspapers in London retailing these lies and eager intellectuals building emotional superstructures over events that had never happened.

In short, Orwell’s brush with totalitarianism left him worried that “the very concept of objective truth is fading out of the world.”

This scared him. A lot. He actually wrote, “This kind of thing is frightening to me.”

Finally, the Thought Police were also inspired by the human struggle for self-honesty and the pressure to conform. “The individual has always had to struggle to keep from being overwhelmed by the tribe,” Rudyard Kipling once observed.

The struggle to remain true to one’s self was also felt by Orwell, who wrote about “the smelly little orthodoxies” that contend for the human soul. Orwell prided himself with a “power of facing unpleasant facts” – something of a rarity in humans – even though it often hurt him in British society.

In a sense, 1984 is largely a book about the human capacity to maintain a grip on the truth in the face of propaganda and power.

More Prophetic Than He Knew?

It might be tempting to dismiss Orwell’s book as a figment of dystopian literature. Unfortunately, that’s not as easy as it sounds. Modern history shows he was onto something.

When the Berlin Wall came down in November 1989, it was revealed that the Stasi, East Germany’s secret police, had a full-time staff of 91,000. That sounds like a lot, and it is, but what’s frightening is that the organization had almost double that in informants, including children. And it wasn’t just children reporting on parents; sometimes it was the other way around.

Nor did the use of state spies to prosecute thoughtcrimes end with the fall of the Soviet Union. Believe it or not, it’s still happening today. The New York Times recently ran a report featuring one Peng Wei, a 21-year-old Chinese chemistry major. He is one of the thousands of “student information officers” China uses to root out professors who show signs of disloyalty to President Xi Jinping or the Communist Party.

The First Amendment of the U.S. Constitution, fortunately, largely protects Americans from the creepy authoritarian systems found in 1984, East Germany, and China; but the rise of “cancel culture” shows the pressure to conform to all sorts of orthodoxies (smelly or not) remains strong.

The new Thought Police may be less sinister than the ThinkPol in 1984, but the next generation will have to decide if seeking conformity of thought or language through public shaming is healthy or suffocating. FEE’s Dan Sanchez recently observed that many people today feel like they’re “walking on eggshells” and live in fear of making a verbal mistake that could draw condemnation.

That’s a lot of pressure, especially for people still learning the acceptable boundaries of a new moral code that is constantly evolving. Most people, if the pressure is sufficient, will eventually say “2+2=5” just to escape punishment. That’s exactly what Winston Smith does at the end of 1984, after all. Yet Orwell also leaves readers with a glimmer of hope.

“Being in a minority, even a minority of one, did not make you mad,” Orwell wrote. “There was truth and there was untruth, and if you clung to the truth even against the whole world, you were not mad.”

In other words, the world may be mad, but that doesn’t mean you have to be.