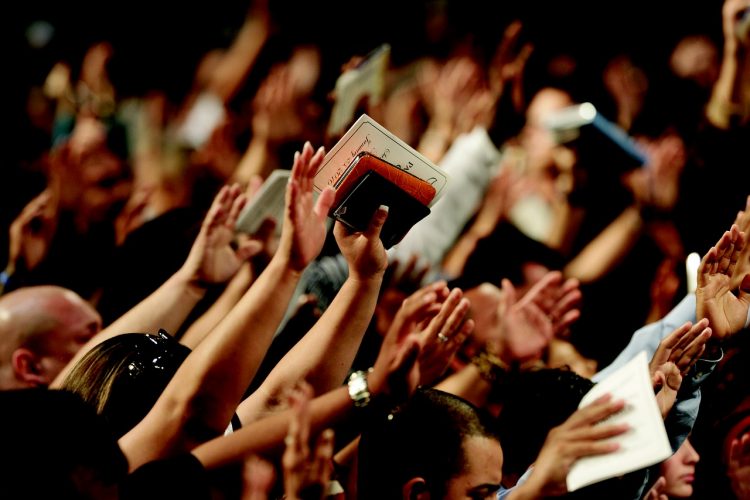 At no time in the history of this nation has the government (federal or state) ever attempted to impose such onerous restrictions on the rights of religious individuals as we are seeing play out in response to the COVID-19 pandemic.

Religious communities are being prohibited from allowing their congregants to gather together for physical worship services or are being told they must abide by government dictates as to where and how they engage with their congregants. Whether or not these restrictions on the religious community are justified by the need to slow down the spread of this novel coronavirus, there is no doubt that these restrictions contradict the spirit—if not the law—of the First Amendment to the United States Constitution, which states that “Congress shall make no law respecting an establishment of religion, or prohibiting the free exercise thereof; or abridging the freedom of speech, or of the press; or the right of the people peaceably to assemble, and to petition the Government for a redress of grievances.”

Whether churches, synagogues and other religious institutions that hold worship services should be exempt from state-wide bans on mass gatherings is an important test of the First Amendment’s freedom of assembly and religious freedom clauses versus the government’s compelling state interest in prohibiting mass gatherings in order to prevent the spread of the virus. Generally, the government has to show a compelling state interest before it can override certain critical rights such as free speech, assembly, press, search and seizure, etc. Most of the time, the government lacks that compelling state interest, but it still opts to violate those rights, setting itself up for legal battles further down the road. At the moment, the government believes it has a compelling interest—albeit a temporary one—in restricting gatherings, assemblies and movement in public in order to minimize the spread of this virus. Yet these lockdown measures—on the right of the people to peaceably assemble, to travel, to engage in commerce, etc.—unquestionably restrict fundamental constitutional rights. While these measures might pass muster for a short period of time, they cannot be sustained for longer stretches constitutionally, nor should they be allowed to stand if the days and weeks of the government’s social distancing campaign stretches into months-long quarantines.

With the arrival of Easter, it is important that people of faith consider carefully how they choose to mark the occasion and whether they will gather with others to worship and celebrate. They should be guided not only by the wisdom of religious leaders, but also by their personal beliefs and conscience about what is right and wrong. It is also important to consider the terms of state and local restrictions on gatherings, as the practical consequences of deciding to congregate for worship should not be ignored. People should determine what orders (if any) have been issued by their governors or local government leaders to determine what kinds of gatherings are allowed. In 12 states that have imposed restrictions, there are specific exemptions for places of worship or church-related gatherings. And even where religious gatherings are exempted, there may be certain protocols (such as maintaining social distancing or using hand sanitizers) that congregants should observe.

Where no religious exemption exists, people are placed in the dilemma of whether to engage in group worship or obey the state, a choice that religious figures have faced throughout history. If one chooses to be a part of or organize a religious gathering that violates an existing emergency order, it could lead to a misdemeanor charge or even an arrest. It should be understood that while the First Amendment does protect the rights of persons to exercise their religious beliefs, the government also has an interest when acting to preserve the public health. Legal precedent provides little guidance on whether, under the circumstances that now exist, one’s First Amendment rights would be a sufficient defense to a charge of violating a ban on gatherings.

There is much to consider when faced with the choice between following the law and following one’s religious beliefs. In making that choice, all the facts, including the personal and public health risks, should be considered. We encourage anyone considering whether to participate in congregate worship to understand what restraints on gathering apply and the possible consequences of exercising the right to gather in exercise of their religious beliefs.

“At a minimum, this is a time for heightened vigilance. Our Constitution erected a government of limited powers with the task of ensuring that our freedoms are protected against government abuse. While we may tolerate these restrictions on our liberties in the short term, we should never fail to be on guard lest these one-time constraints become a slippery slope to a total lockdown mindset,” said constitutional attorney John W. Whitehead, president of The Rutherford Institute and author of Battlefield America: The War on the American People. “What we must guard against, more than ever before, is the tendency to become so accustomed to these lockdowns, authoritarian dictates, and police state tactics justified as necessary for national security that we allow the government to keep having its way in all things, without any civic resistance or objections being raised.”

Any individual or religious institution needing help in navigating this uncharted territory should contact The Rutherford Institute’s Legal Department at legal@rutherford.org.

The Rutherford Institute, a nonprofit civil liberties organization, provides legal assistance at no charge to individuals whose constitutional rights have been threatened or violated.

Constitutional attorney and author John W. Whitehead is founder and president of The Rutherford Institute. He is the author of A Government of Wolves: The Emerging American Police State and The Change Manifesto.
(Visited 5 times, 1 visits today)
Share
Tweet
Share
Pin